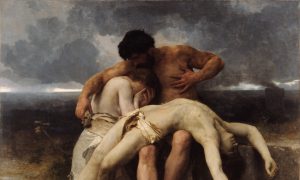 European Art and the Influence of the French Academies
0 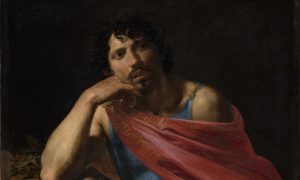 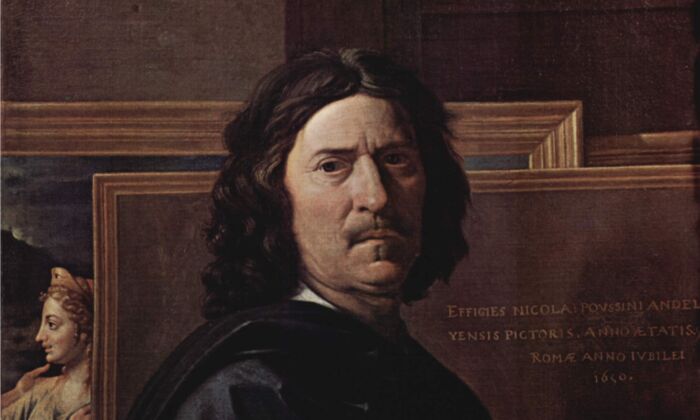 “I have neglected nothing,” said Nicolas Poussin, the 17th-century French classical painter. Everything in Poussin’s paintings is there for a reason, and reason is the rationale behind each and every painting by his hand.

For Poussin, his paintings were no place for frivolity or sensuous pleasures. He believed that painting must deal with the most noble and earnest of human endeavors in a rational manner best suited to the situation.

“For him formal order, even indeed some pedantry of design, is almost invariably a way of expressing with absolute clarity and economy experiences of the profoundest intellectual, imaginative and visual reality. His paintings find perhaps their closest counterpart in the music of Johann Sebastian Bach,” art historian Basil Taylor wrote in “French Painting.”

Put simply, “Poussin’s art is … a marriage of poetry and reason, sensibility and intellect, a balance of two aspects of one character,” states Mary Sprinson de Jesús, of the Metropolitan Museum of Art’s department of European paintings, on The Met’s website.

Poussin’s artistic rationale didn’t develop by chance. Hard work and an avid curiosity about the best artists before him—the greats of the Italian Renaissance such as Raphael, Michelangelo, and Titian, and the art of the ancient Greeks and Romans—along with years of contemplation, made Poussin an internationally renowned and revered artist in his time and beyond.

Poussin’s impact on French art is far-reaching. His art is “for ever, after his time, in the germ-cells of French painting,” art critic Geoffrey Grigson states in the introductory note to “French Painting.”

Poussin began to paint after Quentin Varin, an itinerant painter, came to work in Les Andelys in Normandy, France, Poussin’s birthplace and hometown. Varin so inspired Poussin that the budding artist followed him to Paris in 1612, much to Poussin’s parents’ disapproval.

In Paris, Poussin became familiar with the classical world via the paintings and engravings of Roman statues and reliefs in the royal collection, mainly made by followers of Raphael. Mythology met him in Paris, too, by way of Ovid’s “Metamorphoses,” which the Italian poet Giambattista Marino commissioned him to illustrate.

Rome was where Poussin spent most of his life. He tried twice to reach Rome, eventually arriving in the city in 1624. There, he trained in the studio of Domenico Zampieri, commonly known as Domenichino, of the Bologna School of painting. And he gained a powerful patron, Cassiano dal Pozzo, the secretary of Cardinal Francesco Barberini, whose encouragement and influence helped shape Poussin’s art and fame in Rome.

One of Poussin’s commissions from Dal Pozzo was to illustrate Leonardo da Vinci’s “Treatise on Painting,” based on manuscripts from Cardinal Francesco Barberini’s library, for publication.
As an impassioned antiquarian Dal Pozzo was the first to systematically measure, commission drawings, annotate, and collate the art of the ancient world in his collection he called the “Museo Cartaceo” (“Paper Museum.”) Dal Pozzo invited Poussin to use his vast library and encouraged him to thoroughly research his subjects prior to painting.  Poussin was known to research his subjects with immense enthusiasm, reading all relevant texts and then immediately and vigorously sketching compositions.

Between 1629 and 1630, Poussin became seriously ill. This coincided with an outbreak of the plague that ravaged Italy. When he recovered, he married and took his painting in a different direction: He moved away from the Baroque and concentrated on mythology and the ancient, classical world.

From 1640–1642, Poussin reluctantly worked for French King Louis XIII, decorating the Grand Gallery of the Louvre Palace. So reluctant was Poussin to leave Rome, that Cardinal Richelieu sent someone to escort him back to France. In Rome, Poussin worked alone; he never had a workshop full of assistants. Yet in Paris, he had a whole army of artists to command, and he had to work on painted altarpieces and designed frontispieces for the royal press. The work, style, and working environment were not to Poussin’s taste; it was a new and somewhat uncomfortable experience for him.

Yet Poussin’s time in Paris was fruitful in that it connected him to new intellectual patrons—followers of the dramatist Pierre Corneille and philosopher René Descartes—who served as his patrons until he died.

Painting the Past: The Highest Genre of Art

Poussin championed history painting, the highest genre of painting according to Renaissance polymath Leon Battista Alberti, and a fact that echoed in 17th-century France. The genius of history painting is that it’s both a storyboard and a moving picture all in one.

When the Royal Academy of Painting and Sculpture was founded in Paris in 1648, its aim was to elevate art to the same status as epic poetry and ancient rhetoric. The academy formalized what Poussin was already practicing: An artist, in order to elevate his art, needed “to move on from the representation of a single figure to that of a group; to deal with historical and legendary subjects and to represent the great actions recounted by historians or the pleasing subjects treated by poets. And, in order to scale even greater heights, an artist must know how to conceal the virtues of great men and the most elevated mysteries beneath the veil of legendary tales and allegorical compositions. A great painter is successful in ventures of this kind. Herein lie the force, nobility and greatness of his art,” wrote art historian and critic André Félibien des Avaux in the preface of the 1669 publication for the Royal Academy of Painting and Sculpture conference.

Poussin painted ancient Roman scenes, biblical subjects from the Old Testament, mythological ones from Ovid’s “Metamorphoses,” and scenes from poems, such as “Jerusalem Delivered” by Torquato Tasso.

Poussin’s contemporary Roland Fréart de Chambray, in his discourse on ancient and modern architecture, deemed Poussin “the Raphael of our century.” Just like Raphael, Poussin strove for balance and harmony in his work along with ideal beauty and human nature.

Raphael’s influence can be seen explicitly in the “Holy Family on the Steps,” for example, where Poussin appears to have almost mirrored the three central figures of the Christ child, Mary, and St. John the Baptist from the composition in Raphael’s “Madonna of the Meadow,” although Poussin’s Madonna holds the Christ child higher.

Like Raphael, Poussin placed multiple figures in a composition with care and expertise. In addition to preparatory drawings, Poussin even made wax models whereby he would set a stage of his composition in a box to study how the light, forms, and shapes interacted.

His fastidious care for each and every component of his art gave his paintings a depth that can be hard or even impossible to fathom as it’s so multifaceted.

Poussin’s painting “Et in Arcadia Ego,” is a classic example of this depth. In the painting, pastoral shepherds point or gesticulate toward a tomb. The lady on the right is thought to be inspired by the ancient Greek statue “Cesi Juno” (although the original statue was thought to have had clothed arms as Poussin has depicted in his painting). All the figures gather to ponder the Latin phrase that translates as “Even in Arcadia, I am.” Arcadia is the most idyllic of pastoral lands, and even in the happiest of places, death is still present.

Just like Raphael, Poussin embodied Aristotle’s definition of art: “to represent not the outward appearance of things but their inward significance.” There is so much to see below the surface of Poussin’s paintings that each one invites repeated observation. It’s not surprising that he was known as the “painter-philosopher.”