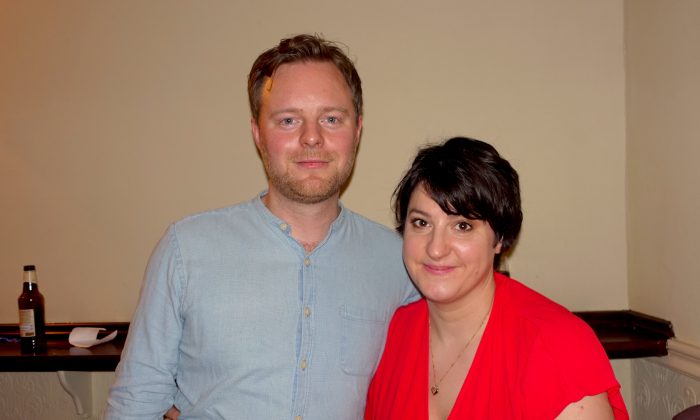 EDINBURGH, United Kingdom—As the curtain rises and the performance begins, many theatergoers are struck by the beauty of Shen Yun’s opening scene.

David McCann, Deputy Editor for The Times Scotland, described what he saw.

“When the curtain rose, there was a sort of film of steam or smoke that lay over the dancers. That was quite a stunning start,” he said.

He said it was an “emotive beginning” and was struck by the elegance of the dancers.

McCann watched Shen Yun at the Edinburgh Playhouse on Jan. 25 with his wife, Caitlin, a radio producer at the BBC.

She was stunned by the colors on stage.

Through classical Chinese dance, ethnic costumes, a live orchestra that blends Eastern and Western instruments, and a digital backdrop, Shen Yun takes audiences on a journey from ancient China to the modern day.

Formed in 2006, Shen Yun has a mission of reviving authentic Chinese culture that has almost been lost in China in recent years under communist rule.

One of the stories from the modern day called “Goodness in the Face of Evil” is about Falun Dafa, a spiritual discipline that has been persecuted in China under the communist regime since the late 1990s.

In the piece, a girl who practices Falun Dafa is jailed and subjected to forced organ harvesting. But in the end, her goodness triumphs over evil.

“I wasn’t expecting that. But I find that quite intriguing, I find that interesting,” said David.

Dating back thousands of years, classical Chinese dance is one of the most expressive art forms in the world.

After watching the first half of the performance, David said he was particularly moved by the flowing sleeves.

“Then the sleeves… I mean that was unbelievable. That was really eye-catching,” he said. “It’s been beautiful.”

With reporting by Jane Gray.