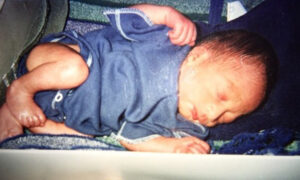 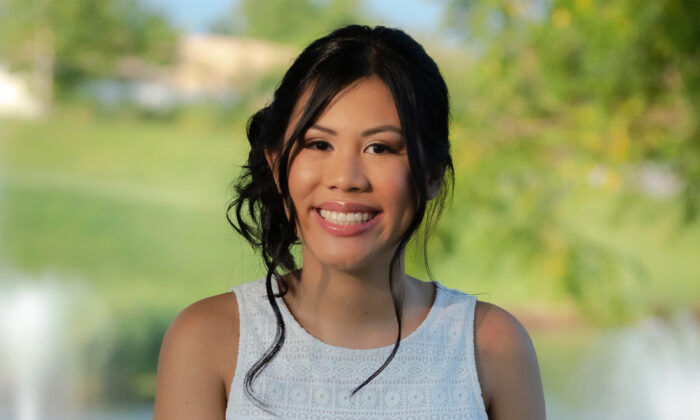 A newborn baby girl was abandoned in a shoebox at a train station in China a day after her birth with her umbilical cord still attached. However, growing with the support that she needed to thrive, now 18 years later, she has become an advocate for adoption.

Born on Oct. 28, 2002, and weighing only 3 pounds (approx. 1 kg), Ayden Lincoln was taken to an orphanage as a one-day-old baby. She then spent 10 months neglected and overlooked in a crib. However, things changed when hope arrived with an adoptive family from Forks Township, Pennsylvania.

Patrick and Christina Lincoln had two biological sons, but Christina desperately wanted a daughter. After a lengthy application process to adopt overseas, they found Ayden and thus traveled halfway across the world to get their baby daughter home.

Acclimatizing to life in the States was no mean feat for the little girl, who had not known love in her formative months. Ayden claims she sustained a brain injury from lying in her crib at the orphanage for so long and has struggled to socialize ever since, according to a story she wrote for Human Defense Initiative.

“For as long as I can remember, I have struggled with and still struggle with mental health, bullying, friends, and trying to get people to understand me,” Ayden explained.

As a young child, Ayden would act out violently at school and would often get into trouble. “I was labeled as the ‘bad kid,’” she recalled, “and no one seemed to understand what I needed.” However, through her childhood, Patrick and Christina supported their daughter as she explored treatment options for anxiety and ADHD.

But Ayden’s behavioral breakthrough came when she was offered support from the Easton Area School District in third grade. Ayden was assigned a teacher trained to deal with her specific needs, and the little girl thrived.

“It felt like fate,” Ayden shared. “Instead of punishing me, she would hug me, hold me, let me cry on her, and spent most of her free time and day with me while making it discreet.”

The 18-year-old explained that she still remains in touch with this special teacher to this day. The teacher was her Confirmation sponsor, and their two families, says the teen, have grown close.

In a statement to Lehigh Valley Live, Christina admitted that adoption can be hard but that the rewards are beyond compare.

“In the moment, those challenges can seem insurmountable,” Christina wrote, “however, they became opportunities for us to gain new perspectives and insights about love, relationships, and commitment.”

She and Patrick say they feel blessed to be part of Ayden’s story.

Today, Ayden is a senior with plans to attend Northampton Community College. In her middle school, she was a National Junior Honor Society member.

As a young teen, she started her own jewelry business and sold her creations at craft shows with her father. One day, she hopes to work in music industry marketing.

Ayden was interviewed by Miss Pennsylvania about her journey and adoption on Nov. 30 and wants others to know that a tough start in life doesn’t mean that dreams can’t be accomplished.

“The world may stare and be afraid to ask questions because I do not look like my family; however, I often do not think about being adopted,” Ayden shared.

Ayden believes that “adoption is an amazing gift.” She explained that “[n]ot only does it have the ability to save lives, but it also forever changes them.”

“If you are considering adopting or are in the process, please do not give up,” she implored. “The process is long and can be emotional, but in the end, it is worth it.”

“I have realized throughout the years that it has been fate, family, and hard work on my part, along with a great support system that has shaped me into the person I am today,” she concluded. “I hope my story can teach anyone like me that they are not alone.”