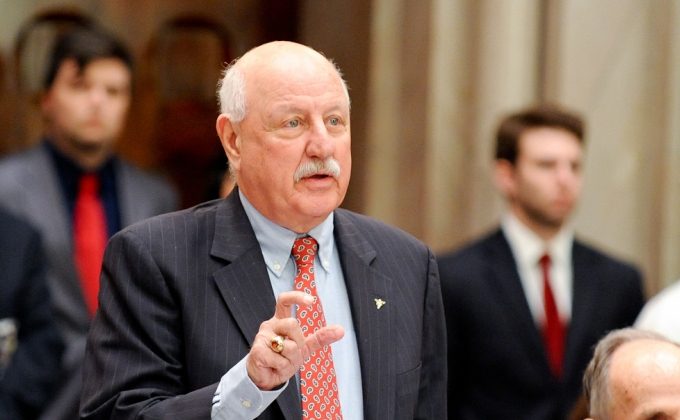 The proclamation, dated Dec. 18 of last year, called Shen Yun an “international phenomenon” and the “world’s only company to feature classical Chinese dance in its purest form.”

Shen Yun Performing Arts is based on a campus in the countryside north of New York City and was founded in 2006.

According to the Shen Yun official website, the company’s mission is to preserve and present the essence of China’s ancient culture through classical Chinese dance, both of which have a history spanning thousands of years.

“Shen Yun Performing Arts celebrates the true spirit of traditional Chinese culture, which is rooted in a belief in the divine, faith, virtue, and transcendence to heavenly realms,” the proclamation reads.

“These ideals have inspired Shen Yun to preserve the very heart and soul of ancient China’s 5,000-year history and to share it with the modern world.”

But Shen Yun’s authentic depiction of traditional Chinese spiritual traditions, from those of Buddhist and Daoist cultivators in antiquity to the present-day meditative practice of Falun Gong, means that it cannot be performed in mainland China. Since its inception, the Chinese regime has sought to eradicate China’s traditional culture and has persecuted Falun Gong practitioners since 1999.

Shen Yun’s dancers are ethnic Chinese, with some of the senior artists having emigrated from China or Taiwan.

“The artistic freedom of the West enables the performers and artists of Shen Yun to bring genuine ancient Chinese traditions and moral values to life on stage, which would otherwise be censored in China,” Sen. Martins’ proclamation says.

The importance of Shen Yun was acknowledged by Sen. Kenneth P. LaValle of the 1st Senate District, whose greeting letter mentioned its salient role in restoring ancient China’s heritage.

“Shen Yun is not only entertainment, but also contributes to our society by bringing a long-lost culture back to life,” the senator said.

“Watching Shen Yun,” Sen. LaValle said, “has reminded Chinese people, as well as others, how the Chinese culture is a world treasure that we should all enjoy.”

Sen. George Latimer New York’s 37th Senate District, proclaimed in his official capacity the days of Jan. 14 to Jan. 17, 2016 and March 2-13, 2016, to be Shen Yun Performing days in the state of New York. Shen Yun returns to Lincoln Center for 12 performances in March.

“Shen Yun Performing Arts Company is the largest Chinese music and dance ensemble in the world,” the proclamation read. It “is independent of the Chinese government or any state entity.”

Shen Yun will be showing in New York between Jan. 14 and Jan. 17 and March 2 and March 13 at Lincoln Center in Manhattan.