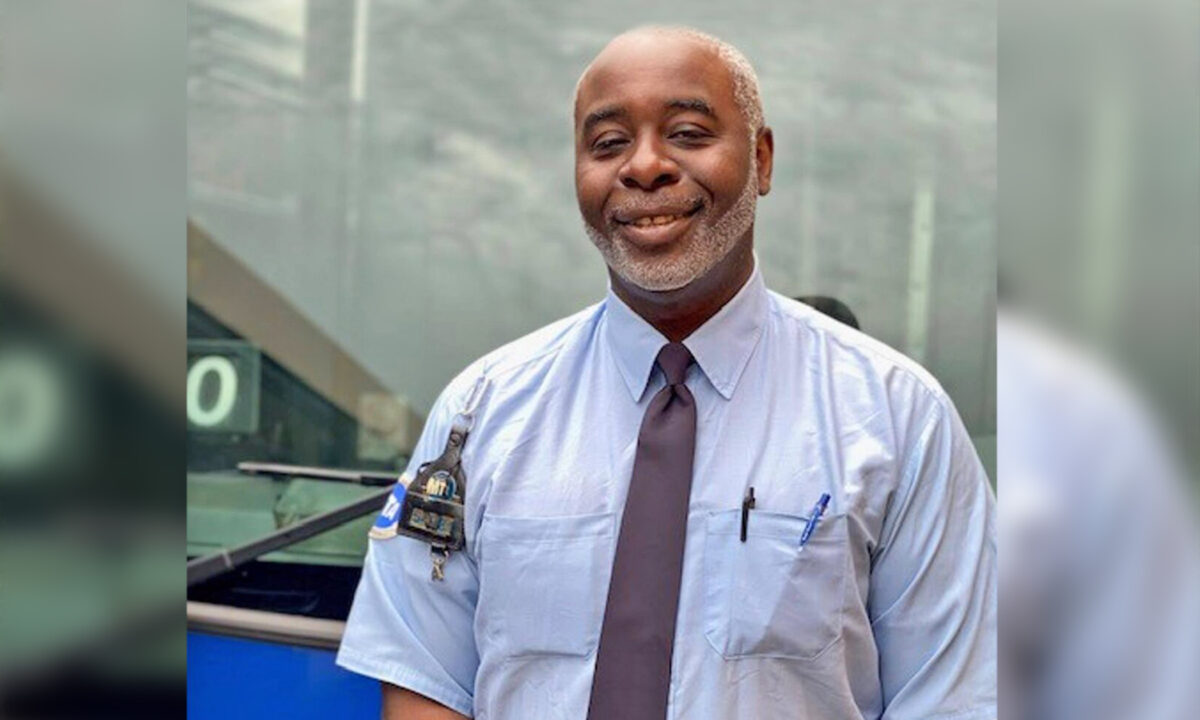 A sharp-witted New York City bus driver is being recognized as a hero after preventing a man from kidnapping two children.

When bus operator Winston Brown spotted a man trying to snatch a child from a young woman boarding his bus on April 10, he acted fast. By closing the doors on the man, at a stop on 125th Street and St. Nicholas Avenue, Brown prevented him from pursuing the mother onto the bus.

Yet, Brown’s initial actions failed to deter the suspect, who ran alongside the bus to the next street stop. Brown decided to keep his doors closed and dialed 911, New York City’s Metropolitan Transportation Authority (MTA) said in a statement.

Brown observed the man attempting to snatch another child from a stroller at the bus stop. His actions having drawn a crowd, the suspect remained at the bus stop until police arrived.

So did Brown and his passengers.

Later, MTA commended their bus operator for his actions. “Winston wisely decided not to open the doors, but rather chose to call the police. [The man] let the child go when he noticed Winston speaking on the phone with the police,” they wrote.

“Winston relayed the situation, and NYPD soon arrived to make the arrest.”

Brown was later named the MTA Hero of the Week.

“We are so proud of Winston’s heroic efforts.”

Hundreds of social media users left comments to share their pride and gratitude for the quick-thinking bus operator.

“Great job!” wrote one supporter. “We need more people like him in this world.”

“Fine job brother Winston, first line of defense, MTA workers, not an easy profession,” wrote another. “May God bless you and keep you safe and strong.”