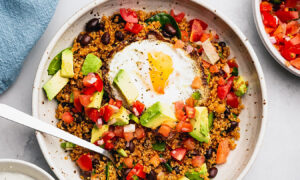 New World Chocolate, With a Conscience

The cacao farmer felt he had no choice. He called Santiago Peralta, the man who normally bought his cacao, and offered to sell him his land so he could move to the city.

Peralta asked, “What are you going to do in the city? Beg for money?”

He went to meet the farmer, who said his back caused him pain and he couldn’t carry the bags of cacao anymore.

The solution? Peralta gave the farmer $120 so he could buy a donkey.

That was four years ago. The farmer has carried on with farming cacao, and he never went into the city to beg for money.

Instead a donkey trend caught on. “Everyone started getting donkeys, just like that,” Peralta said.

Peralta, 41, makes some of the best chocolate on Earth, working with 3,000 farming families in his native Ecuador. Pacari Chocolate, which he and his wife Carla Barbota launched in 2008, swept last year’s International Chocolate Awards, taking home 23. These awards are where the world’s finest chocolates are put to the test through blind tastings.

If there was ever the notion that exceptional chocolate could only come out of Europe’s strongholds of culinary achievement, that victory proved the idea wrong. An increasing appreciation for regional authenticity has meant regions that used to be completely off the radar are coming into their own in the most surprising ways.

Just like a bottle of wine, a chocolate bar can reveal its provenance, its terroir, and even when it came about, as long as its flavor remains true to the cacao beans that were used.

Generally, in a mass production process, those flavors are flattened and standardized through over-processing and over-roasting and result in chocolate bars each as predictable as the next. Take a Hershey’s bar, for example.

The business of staying true to the bean is completely different. Pacari’s “tree-to-bar” production, for example, oversees every stage, from the cacao trees to the finished product, in the process creating income for all along the chain, from farmer to packager.

Ecuador has been producing cacao for hundreds of years, becoming the world’s largest cacao exporter in the late 19th century. Its production made fortunes, and played a crucial role in securing its independence from Spain, with farmers seeing the allure of being able to sell not only to Spain, but to other nations as well.

Its geography is particular: a small country, where jungles, deserts, mountains, and volcanoes all juggle for space, with climates ranging from desertic to monsoonic.

Peralta points out different characteristics of single-origin Pacari chocolate bars, tying region and flavor: floral and fruity from the Manabi region, which is dry, and caramel notes from the Esmeraldas region, which is rainy and green.

Then there is the spectacular limited edition Nube bar, which won the gold at the chocolate awards. Peralta won’t reveal the location of the cacao trees whose beans yield a chocolate that’s unbelievably floral—the aroma smacks of roses. It’s all in the terroir and the specific year. These results can’t be engineered; they are happy surprises from nature.

You could call it an accident, but Peralta is willing to partner with Nature and let her have her way, resulting in incredible flavors.

“It’s like love,” he muses. “You don’t control things in life. I have a friend, he’s a great chocolate producer in a company in the U.K. called Booja-Booja, who says, ‘Relax: Nothing is under control.’ Relax! You have nothing to do with it. You’re trying to go one way but the flow is the other way. You don’t control anything.”

Peralta is pushing the envelope as far away from mass production methods as possible. All his chocolate is already organic, and he pays double the market price, a premium far above the going Fair Trade rate, which he said pays 6 percent above the market price (he has little to say that is complimentary about the labeling scheme).

“Biodynamic means power, you accept the forces, you act with the forces, you go with the flow, you don’t produce 24/7.” He became familiar with biodynamic concepts while living in Germany for a year. And he’ll admit, there are some strange practices, but he says they work.

For example, one practice calls for a cow horn filled with a mix of cow waste and silica, buried in the ground. As the concept goes, the silica powder acts as conductor for light and energy, sending concentrated energy underground, benefiting the cacao trees.

Only about 20 grams per hectare of the mixture is used for the cacao trees. There are no fertilizers, no pesticides.

Or when there’s a drought, a refreshing biodynamic mixture is applied over the trees.

“Just a tiny amount. Can you imagine?” asks Peralta. “Normally you need to pump oil from the Amazon, passing the mountains, to Esmaraldas port, passing Panama, going to Germany to make [oil] into a chemical, coming back, taking a truck” to then apply half a ton of chemicals per hectare, which would take someone a week to do. With the biodynamic method, one person covers eight hectares a day with a pump, just walking around.

“This is sustainable. And the cacao is stronger, you can tell it’s stronger.” The crushers that crack the cacao beans had never stopped in years of production. But the first year cracking the biodynamic cacao beans, it happened.

The biodynamic methods were used to make Pacari’s Raw chocolate bar, which has won multiple awards. The chocolate is minimally processed, at low temperatures, and is the only biodynamic chocolate in the world.

“It’s a special chocolate where you see a lot of flavors, every time you try it, you get something different. It’s not a chocolate, which is a nice chocolate, which is gone. It’s still in your mouth. It’s there—boom, aggressive. It has personality, tannic, like wine.”

The flavors evolve as the chocolate melts on your tongue, in turns dry, woodsy, fruity.

The nutritional profile is particular, too: Antioxidant counts are through the roof.

Maricel Presilla, a chocolate judge, culinary historian, and chef in Hoboken, N.J., as well as a winner of a James Beard Award, has seen the benefits that a direct-trade approach has had on farmers. She herself comes from a family of farmers in Cuba, where her grandparents were cacao farmers.

She has seen stark differences between farms that were using biodynamic methods and ones that weren’t. During a dry spell, the biodynamic farm’s trees were full with cacao for harvesting. “Next door,” which wasn’t biodynamic, “they had nothing.”

“People begin to care a lot more about the land,” she said. “They see the land as alive, in tune with the seasons.”

Not only that, but cacao, she said, is a “generous plant that likes to live with other plants” so it’s not rare for farmers to also grow coconuts, bananas, and coffee, for their own use. “A typical sight on a cacao farm is to see a farmer carrying plantain, yucca, something like that.”

He started offering prizes for the best cacao among the farmers he was working with, and also came up with practical, simple, and more importantly, cheap solutions to improve the quality of the cacao.

Some had social consequences, for example, cacao used to be packaged in 100-pound bags, which only strong men could carry. Now, the bags were smaller, able to hold 50 pounds at the most, which opened the door for women to work.

“The women are more clever with money,” Peralta said, so the way the money is spent has shifted too. When men used to get paid, their friends would wait around on payday, hoping for a round of drinks. “Just one stupid thing. We saw it, we changed it, and now life has changed for these people.”

There are small adjustments like these and larger community initiatives, but all of these come about because of direct relationships with farmers.

Peralta spends about a third of his time in the field. The farmers are his friends, his associates, he says.

Presilla says something as simple as paying a premium for cacao has a huge effect on the life of farmers.

Both Peralta and Presilla are members of a relatively new organization, Direct Cacao, formed last year in Honduras. “We have the best chocolate makers from Europe and America involved,” she said. It will open to new members this month.

The goal is to establish a direct network between farmers and chocolate makers, as exemplified in Peralta’s work. There will also be educational programs, and a first international conference in the Dominican Republic.

Ever since the practices in the Ivory Coast were exposed, large companies have been careful. “Even companies that seem to be gigantic do something that is good. Mars, for example, pours millions of dollars in research.” Still, she said, “You cannot have great chocolate inexpensively.”

In Ecuador, there are cacao farmers who had produced cacao generation after generation, but had never tasted chocolate.