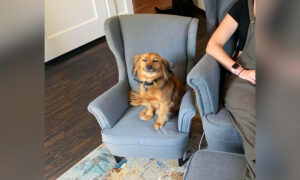 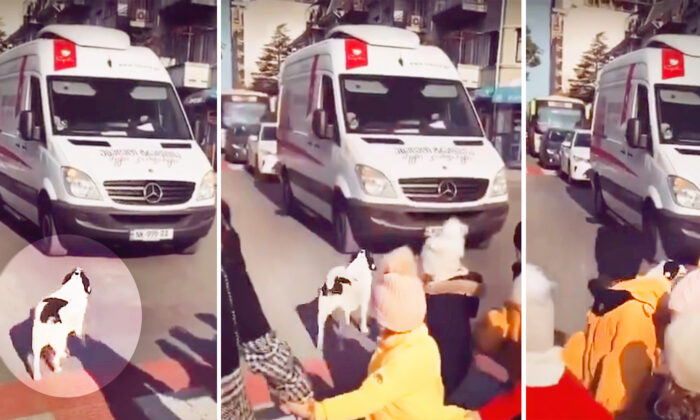 NEW VIDEOS: Crosswalk Patrol Dog That Helps Schoolkids Cross the Street in Georgia Is Still at It

Anyone who spends much time on social media has probably seen the crosswalk patrol dog who helps schoolkids cross the street at a busy intersection in Georgia. The impressive feat, posted on social media last year, went viral.

That dog’s name is Kupata.

And he’s still at it—helping locals in his hometown of Batumi cross that very same crosswalk—as new videos reveal. But now, it seems, Kupata has found a few helpers.

Just a few weeks ago, Kupata’s new “pupils” (I didn’t believe it at first, either) were recorded helping a mom with her baby in a stroller across the very same street, and the video was posted on Instagram. In April, the Kupata was also caught on camera stopping an ambulance for some schoolkids.

This dependable dog has an interesting history, it turns out. He was a homeless stray when he was discovered on social media helping children across the street, a Georgian TV station reported. He found a home when he came to the house of Nona Zakareishvili and she started taking care of him.

In a video posted in January 2020, Kupata was seen barking at cars to stop as a group of schoolkids lined up, preparing to cross the street.

The cars stopped. The children began to cross. As one motorist sped through, rudely, Kupata barked loudly in disapproval, chasing the vehicle.

In the wake of that viral video, Kupata has gained quite a following on social media, with his very own Facebook and Instagram pages now online and well maintained.

Whoever manages his social media page informed The Epoch Times how he’s doing, and how Kupata got his name:

“He is taken care of by all the neighbors, because of that fact, everyone cares about him and feeds him very frequently, he gain extra kilos and that’s why his name is Kupata, which means sausage in English,” they said.

“But those extra kilos do not prevent Kupata from doing a very good job.”