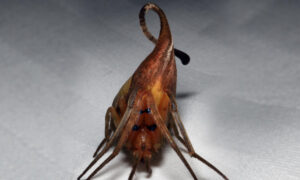 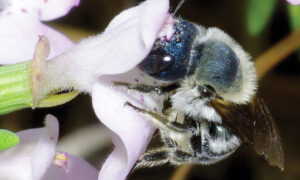 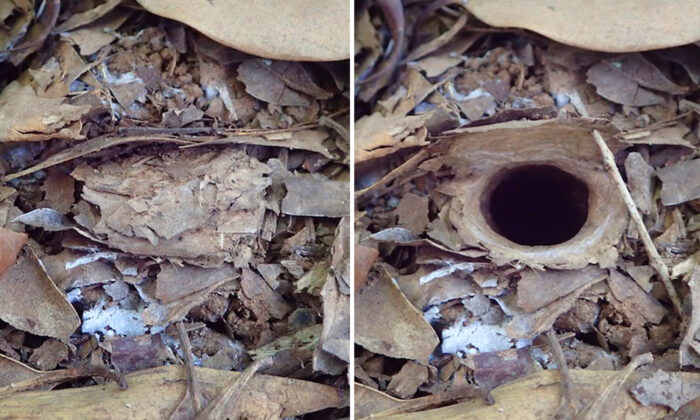 A new genus of trapdoor spider has been discovered in eastern Australia. Unlike other spiders that spin webs, trapdoor spiders live in expertly camouflaged ground burrows with hinged “trap” doors made out of leaves, twigs, and spider silk.

The new arachnid relative was sighted by scientists in the suburbs of Brisbane.

Researchers from Griffith University and the Queensland Museum speculated that this trapdoor spider may have remained hidden from discovery for so long because of this unique way of hiding, which keeps the arachnid safe from predators.

The trapdoor spider is widespread across Australia’s east coast, according to Argentina-based researcher Dr. Jeremy Wilson. However, differences in the physical appearance of the Brisbane specimen alerted the research team to an entirely separate genus.

“We compared their physical appearance and the burrows they construct and then looked for molecular differences in their DNA,” Wilson explained in a statement.

The Brisbane specimen also protects its burrow by building a “wafer door,” a thin hatch above the burrow comprising spider silk and foraged materials that resembles a wafer biscuit.

The team named the new genus Cryptoforis, meaning cryptic door, in reference to their safeguarded underground hideaways. Wilson then chose the Brisbane specimen, Cryptoforis hughesae, as the reference point for the almost 20 additional species in the group.

He was given the honor of contributing the suffix, hughesae, in homage to his retired mentor, Emeritus Professor Jane Hughes. “Jane has had a huge impact on my development as a scientist, and no doubt on many others,” Wilson explained.

“Naming this species of spider” he continued, “which occurs in the forests that surround the Brisbane Griffith University campuses, seemed a fitting tribute for everything she has done for me and so many others at Griffith University.”

Research co-author and Queensland Museum Principal Curator of Arachnology Dr. Michael Rix praised Wilson and his team’s discovery to Griffith News. “This newly-described group of trapdoor spiders is far more widespread and diverse than we previously realized,” he explained, “and Jeremy’s meticulous research was instrumental in revealing this hidden fauna.”

Trapdoor spiders at large usually live in underground burrows to keep themselves hidden from predators but also to hunt their own prey, according to the Australian Museum. However, their name is a misnomer; not all members of the species make hinged doors for their burrows in the way that Cryptoforis hughesae does.

As is typical of most arachnids, the female of the species is larger than its male counterpart. Trapdoor spiders are timid, but males may rear up if they feel threatened.

Their diet consists mainly of crickets, moths, beetles, and grasshoppers, which they lie in wait for from the safety of their burrows. The spider is mildly venomous although not considered dangerous to humans; a bite will usually cause only mild pain or swelling at the site.

They can live between five and 20 years.

The discovery of Cryptoforis and the description of this group of spiders adds to researchers’ knowledge of the diversity of the Australian invertebrate fauna, Wilson said in a statement. It is also the “crucial first step towards protecting these elusive spiders,” he added.

Wilson’s research has been published in the peer-reviewed journal Cladistics.