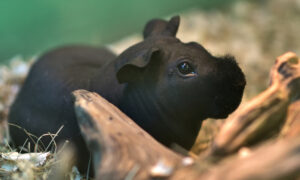 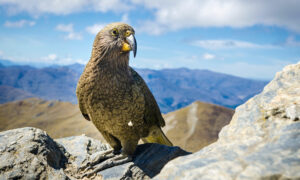 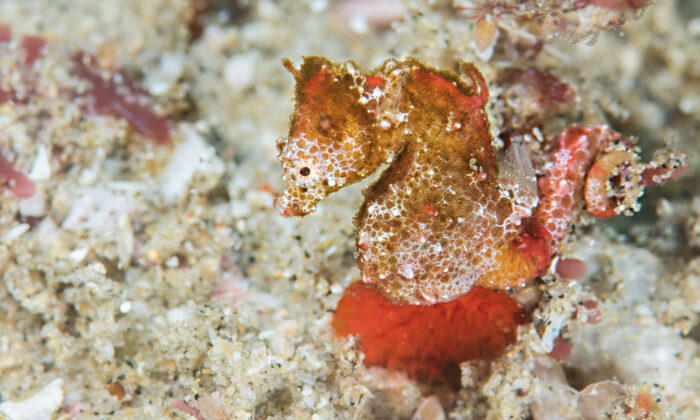 Marine researchers have officially recognized a brand-new species of pygmy seahorse off the coast of eastern South Africa. The tiny seahorse, roughly the same size as a grain of rice, is the first of its kind ever seen in the Indian Ocean.

Marine biologist Richard Smith described the discovery of the African or Sodwana Bay pygmy seahorse as “like finding a kangaroo in Norway,” reports National Geographic. The extraordinary find was announced on May 19, 2020, as part of a study published in the scientific journal ZooKeys.

The seahorse first made its presence known three years prior to the announcement when dive instructor Savannah Nalu Olivier saw the tiny creature on the sea floor of the extremely biodiverse Sodwana Bay in 2017. Olivier took photos and shared them with her colleagues; the photos reached Smith in 2018.

The ancestors of all known pygmy seahorse species are thought to have come into existence over 12 million years ago, and the tiny African pygmy seahorse is a resilient example of its kind.

“They regularly get sand-blasted,” said Smith, acknowledging the African pygmy seahorse’s rough environs amid the swells of Sodwana Bay. These tiny creatures, he praised, are “built of sturdier stuff” than their larger relatives.

The official study explained that when Claassens and Smith visited Sodwana Bay in October 2018, they found a pair of seahorses “grasping onto fronds of microscopic algae amidst raging surge” at a depth of 15 meters. “The divers nearly lost the seahorses when a large oceanic swell almost buried them underneath a storm of sand,” read the anecdote.

On another dive, Claassens and Smith located a juvenile measuring just 1 centimeter in length; two juveniles, they surmised, would barely stretch across a U.S. nickel if laid tail to snout.

Claassens noted both how special it was to find this elusive seahorse species and how much must remain undiscovered. “The recent discovery of such a notable fish in shallow coastal water highlights how little we still know about the marine life around Africa, and about the extended seahorse family,” she told Business Insider.

Ichthyologist Graham Short, the co-author of the study that announced the African pygmy seahorse, helped analyze Claassens’s and Smith’s specimens and extrapolated on the creature’s main characteristics.

The seahorse, Short said, can be differentiated from other pygmy seahorses by a set of spinal barbs with sharp points; the seven other known species of pygmy seahorses all have flat-tipped spines. Short admitted that marine biologists do not yet know what these sharp barbs are used for.

“Many species of seahorses in general are spiny,” he explained to National Geographic, “so their presence could be possibly due to sexual selection; the females may prefer spinier males.”

Other characteristics of the African pygmy seahorse include having two wing-like structures as opposed to one and having only one gill slit on the upper back as opposed to two, as is the case for larger seahorses.

The official study, published in ZooKeys, informed readers that this new species grows to just over 2 centimeters in length and has a honey-brown color, a white “netted” pattern, and a pink-colored tail.

Thomas Trnski, head of natural sciences at the Auckland Museum in New Zealand, revealed that most species of pygmy seahorse have been identified since the year 2000. Hippocampus nalu lives an astonishing 5,000 miles away from the seven other known species of pygmy seahorse, all bar one of which inhabit the biodiverse “coral triangle” in the southwestern Pacific.

Short speculated that pygmy seahorses may have remained at low risk for harvesting for use in traditional Chinese medicine, a fate that other species of seahorses fall victim to, because they are so tiny and so hard to locate. However, he added, further population data is needed before scientists can truly know how many African pygmy seahorses exist in the wild.

Even into the 21st century, there are immense treasures to be discovered on every seabed.