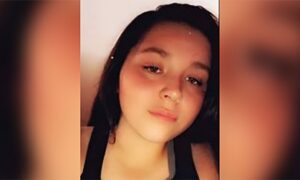 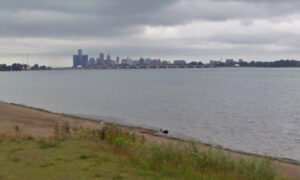 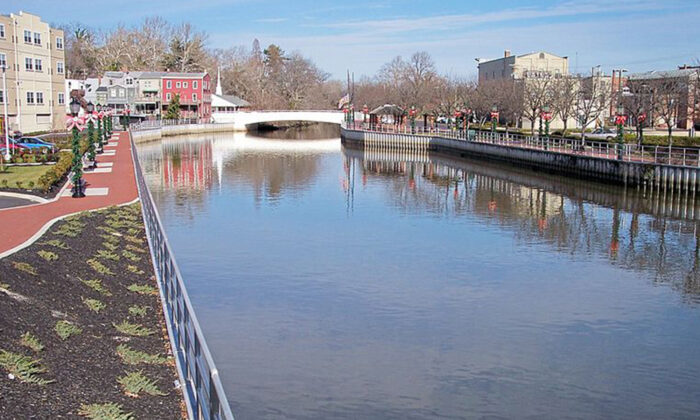 Officer Sean Peek of Bridgeton Police Department, New Jersey, is being remembered after he lost his life in a attempted river rescue.

It was Sept. 6, and Peek, 49, was working night patrol at around 1:30 a.m. when he got a call of a suspect striking an ambulance with an unidentified object while it was leaving the Bridgeton Fire Department’s EMT satellite station, according to NJ.com.

While en route to investigate the disturbance, Peek witnessed the suspect, a woman, either fall or jump into the Cohansey River while running. The officer leaped in after her.

The suspect managed to cross the river and climbed out on the other side; however, Peek, weighed down by his gear, found himself in trouble. First responders rushed to assist the officer to the riverbank and out of the water.

Peek was evaluated by Inspira Health Center in Bridgeton before being sent home to recuperate with instructions not to return to work until cleared for duty, NBC Philadelphia reported. Mere hours after his attempted river rescue, however, the officer’s family found him unresponsive at home.

His official cause of death is pending autopsy.

The 49-year-old, a 15-year veteran of the department, is survived by his wife, Megan Peek, and their 8-year-old daughter, Katherine.

The fleeing suspect was apprehended after exiting the river and identified as 29-year-old Sarah Jeanne Davis of Canton, Connecticut. Davis faces multiple counts of burglarizing city-owned properties, including the fire department’s, and is alleged to have caused over $1,000 worth of damage by breaking windows and wrecking equipment.

Wallace Maines, a colleague and friend of the officer, praised him for “setting the tone” for the department, especially for up-and-coming law enforcement professionals.

Meanwhile, Peek’s wife, Megan, told WPVI that her husband was “very hands-on” and adored being a father. Now, she is channeling her efforts into staying strong for her daughter.

“She’s worried that, for me to go to sleep, that I’m not going to wake up,” Megan said. “So she checks on me every morning.”

She added that her husband would have done anything to help the suspect, who plunged into the fast-moving Cohansey River. “Even though she was doing things she wasn’t supposed to,” Megan added, “he was worried that she was going to be in trouble.”

His decision to jump in regardless of the circumstances was one any officer would have taken in that situation, stated Police Chief Michael Gaimari.

“We are naturally devastated,” Gaimari added. “Sean was a fine officer and a friend to all, and always acted in an exemplary fashion when representing the department and the City of Bridgeton.”