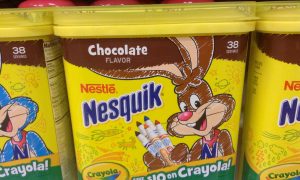 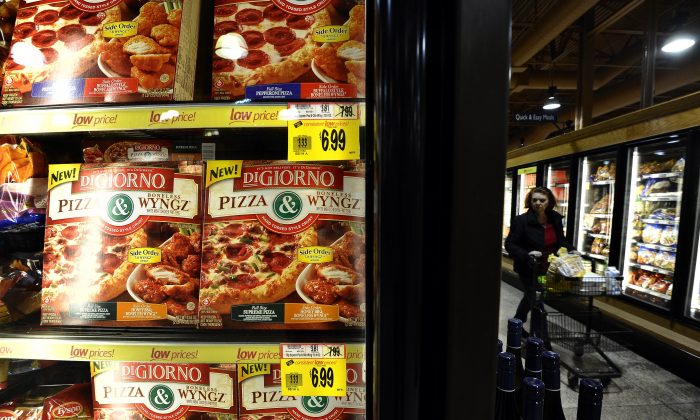 A woman shops in the frozen foods aisle at a Wegmans supermarket in Fairfax, Virginia, on February 24, 2011. (Photo credit should read Jewel Samad/AFP/Getty Images)
Business

Nestlé Is Getting Rid of Artificial Flavors, but What About the Preservatives?

Multinational food company Nestlé announced on Tuesday that they will get rid of all artificial flavors in more than 250 of its frozen pizza and snack products.

The products are sold in the United States under the brands DiGiorno, Hot Pockets, Lean Pockets, Tombstone, Jack’s, and California Pizza Kitchen.

Nestlé will also reduce sodium levels in the products by 10 percent, compared to their 2013 levels.

Nestlé joins a recent trend among restaurant chains and food companies that have vowed to remove artificial ingredients from their food.

The FDA (Food and Drug Administration) regulates what kinds of substances food companies can put in their products. The agency keeps a long list of commonly used food additives that it considers safe for human consumption, but consumers are increasingly turning away from artificial, laboratory chemicals in their food.

While Nestlé said Tuesday that it’ll remove artificial flavors, the company has not moved on the long list of preservatives and other artificial chemicals it often adds to its frozen goods.

The popular microwavable snack Hot Pockets, for example, contains l-cysteine hydrochloride, a dough strengthener, and the preservatives BHA (butylated hydroxyanisole) and BHT (butylated hydroxytoluene), just to name a few of its chemical ingredients.

And the ingredients list for California Pizza Kitchen’s frozen pizza include potassium chloride (used as a stabilizer, preservative, and firming agent).

Even DiGiorno’s—which is advertised as a more fresh, good-tasting variety of frozen pizza—is made with chemical additives like DATEM (Diacetyl Tartaric Acid, used as an emulsifier) and ascorbic acid (as a dough conditioner).

At the time of this writing, Nestlé did not respond to inquiries about whether it will get rid of other artificial food additives in its products.

In a recent consumer survey conducted by the market research firm Civic Science, 38 percent of Americans said they believed preservatives and chemicals were the food ingredients most harmful to their nutritional health—a higher percentage than people who were concerned about saturated fats, sugar content, or sodium levels.

The FDA says these substances are safe to consume, but a recent report by the Center for Public Integrity revealed that a loophole in federal law allows food companies to declare their own lab-developed ingredients as safe to eat, without ever having to inform the FDA or get the agency’s approval to add the chemicals to food products.