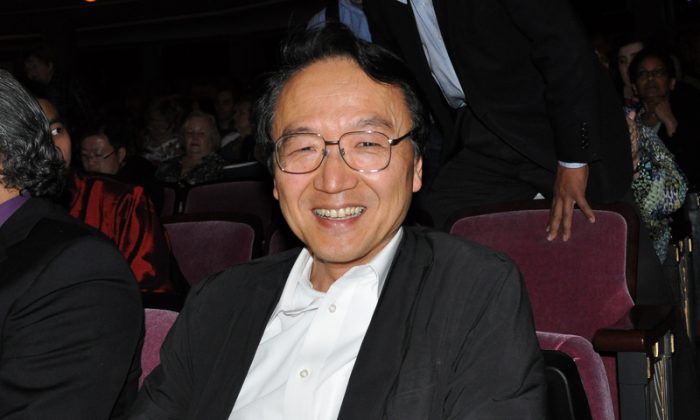 FORT WORTH, Texas—Tai Hashizawa, executive vice president of NEC Corporation of America, saw Shen Yun Performing Arts on a whim. He came across an advertisement on television and figured the classical Chinese dance performance would be interesting.

After seeing the story of 5,000 years of Chinese civilization told through dance, Mr. Hashizawa was very appreciative.

“It’s good to see, still, many people appreciate this kind of divine music and dancing,” he said at the Bass Hall on March 14.

As entertainment, he said, the production was a big one. It included dance, a unique orchestra blending East and West, about 400 original costume pieces, digitally animated backdrops, and bel canto solo vocalists who sing in Chinese.

Deeper than that, there was a spiritual aspect of the culture that came through, and a reminder of our cultural past, he said.

In 1949, communism took power in China, and the thousands of years of traditional beliefs and culture came to a full stop. The regime worked to systematically uproot the traditional culture with targeted campaigns like the Cultural Revolution.

But prior to that, China was once known as the Divine Land. It was a culture built on virtues like benevolence, wisdom, loyalty, and believed to be imparted by the heavens.

Mr. Hashizawa said he thought it was quite brave to present a dance about the Cultural Revolution, but that addressing these kinds unfortunate parts of history is important.

“Sometimes people make mistakes and I appreciate it’s not just entertainment but suddenly Shen Yun is sending a message to the people,” he said.