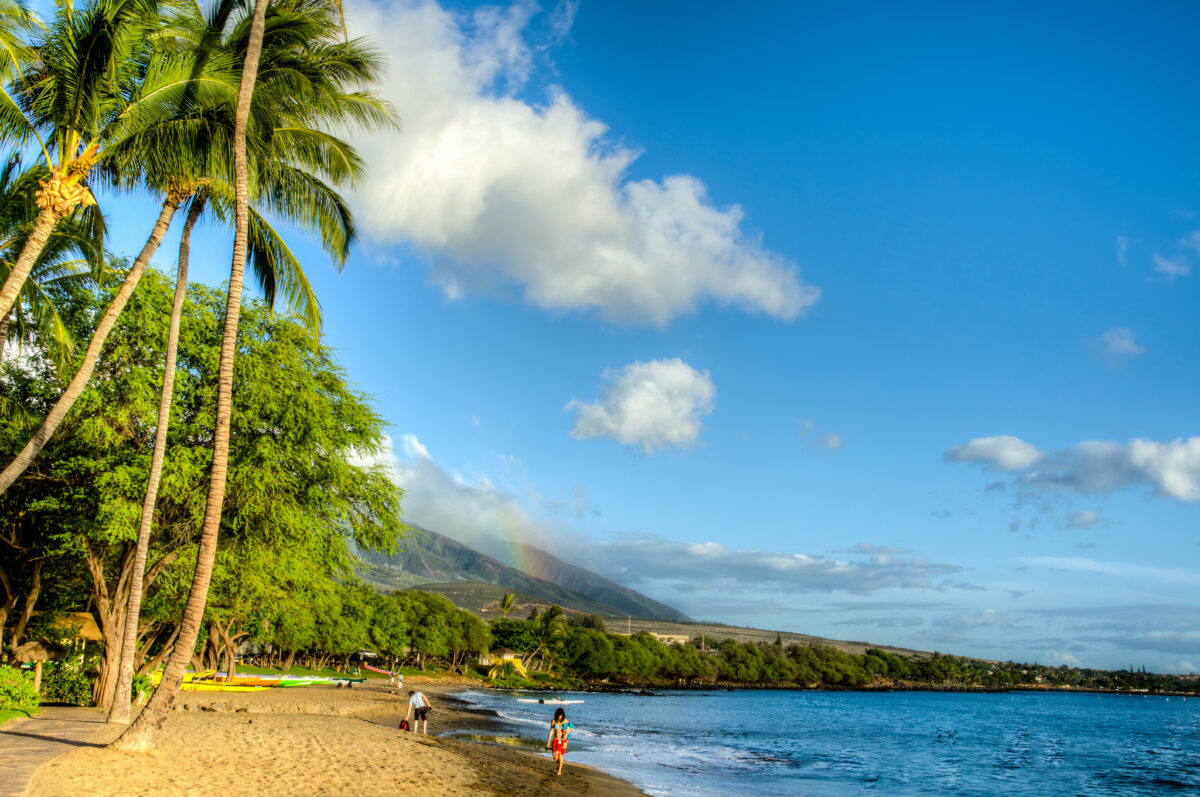 For some, a trip to a subtropical island is purely about two things: sun and sand. A chance to decompress, drink in hand. Nowhere to go, except maybe the swim-up bar for another round of umbrella-clad libations.

And while it’s definitely the perfect place to park yourself on the beach, Maui is a place that offers far more. Yes, spectacular scenery, culinary delights, and cultural attractions. But I have always been in awe of the natural treasures here on my many visits here, including one this past spring. There’s just so much growing, swimming, and thriving in the soil, sea, and sky, in a highly developed space that welcomes about 3 million tourists in a typical year.

And as I’ve navigated around this second-largest of the Hawaiian islands—home to about 165,000 people—I have learned to expect the unexpected. For example: farms. Certainly not the first thing you might picture when you think about Hawaii.

Ascend the flanks of Haleakala, Maui’s dormant volcano to the dreamy, above-the-clouds area known as Upcountry. This is the island’s primary agricultural region. Your first stop should be Surfing Goat, a dairy farm where goats take turns climbing up and looking out from surfboards raised on platforms. (“They just like it,” a guide told me. “The altitude, the view.”) Nearby are a lavender farm, a ranch, a cowboy town, and a few places growing fresh fruit and vegetables for hotels and restaurants in loamy volcanic soil.

Pineapples grow in the broad valley that separates Haleakala from the West Maui Mountains, and both coffee and cacao, near the picturesque town of Lahaina (once the royal capital of Hawaii). The latter, called Ku’ia Estate Chocolate, is brand new here, opened just at the beginning of the pandemic, and now welcoming visitors to experience their delicious crop.

As we rumbled through brown scrubland below the West Maui Mountains, a guide explained that this is one of the driest places on the island, where maybe 10 inches of rainfall in a year.

“It’s a real desert,” he said, adding that once, sugar cane was cultivated here until the cost of labor became prohibitive.

While only 25 percent of the beans that go into their chocolate are actually grown here (the rest come from Ecuador), it’s a place where you can stride out on the soil, get your hands dirty, and experience the product in its infancy. The guide extracted a bean right from the cacao pod, which looks a bit like a shriveled melon, encouraging me to give it a taste. It was weird, gooey, tangy, and fresh.

Not unpleasant, but the finished product was much better. After some time among the plants, we climbed into a little treehouse set up with tables and chairs, and found my designated station set up with little squares of chocolate, both dark and light. All the chocolate is made on-site, and the best were those created in combination with fruit (guava, mango, and orange) harvested here on the island and on Molokai, visible just across a stretch of blue. The citrus offset the sweet perfectly.

And during any trip here, the sea will beckon. All beaches on Maui are public, and the Pacific thrives with abundant sea life. Roughly 20 percent of the fish that swim here are found only in Hawaii, and you’ll find all sorts of other curious creatures: spinner dolphins, who play in the wakes of passing boats; massive manta rays, with a wingspan that can reach 20 feet; monk seals, sharks, big turtles, and huge whales.

After an educational trip to the Maui Ocean Center, an aquarium, I got out on the water. Hopping on a catamaran right off the beach in Kaanapali, a resort community just north of Lahaina, we skimmed across the waves of the Pacific, surrounded by islands (Maui, Molokai, and Lanai).

“People here aren’t looking for things you can do anywhere,” a deckhand told me. The natural world remains a primary attraction, he said. “There’s a peace in it.”

Moments later, an ancient-looking green sea turtle swam past. And near the end of the daylong cruise, a humpback whale breached, leaping from the ocean and crashing back into the Pacific, a sight as majestic as it was sudden, surprising, and unforgettable

On one of my last nights on the island, I saw the sky in new ways. I was led up to the roof of a five-star hotel by Ed Mahoney, the director of astronomy for the Hyatt Regency Maui, and a solar system ambassador for NASA’s Jet Propulsion Laboratory. He told me he’s had his eyes on the skies since he was 7 years old, when the Russians launched Sputnik. “That’s when my treehouse became an observatory,” he laughed.

We approached a series of telescopes, including the “biggest and best” recreational telescope in Maui. Why here, for stargazing? Mahoney noted that the weather is good for it, about 90 percent of the time, with very few cloudy nights.

We saw Sirius, the North Star, bright and strong, as well as planets, and a far-off star system, literally ages in the distance. As we rotated between the three scopes, each look in the eyepieces sparked the imagination. But it wasn’t just the sky—it was the night, too. Palm fronds gently blew in a warm breeze down below. The moon reflected off the rolling sea. Even here, on a hotel rooftop, all of Maui’s majesty and the pleasure of being outside among its natural wonders made this evening, and the trip, complete. Sky, sea, and soil all delivered joy in one of the world’s top tourist destinations.

Fly: Direct flights from across the United States and around the world land at Kahului International Airport (OGG). You can also fly there from other Hawaiian islands.

Getting Around: Unless you’re planning on staying in one place (like the beach), a rental car is essential. The roads are good, and behind the wheel, you can drive all across the island. Budget is a good option at OGG.

Stay: The Royal Lahaina Resort is a classic property, recently reborn. Set on the quiet side of the beach at Kaanapali, renovations have transformed the pool, restaurant, lobby, and other parts of this long-time favorite, one of the very first to welcome guests in this part of Maui.

Take Note: If you’re looking for a change in the weather, just take a drive—on the Road to Hana, to the far side of the island, for a little moody precipitation, or Kaanapali or Kihei for almost-perpetual sun.