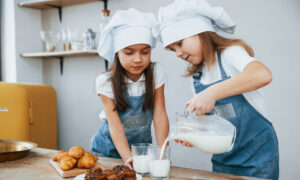 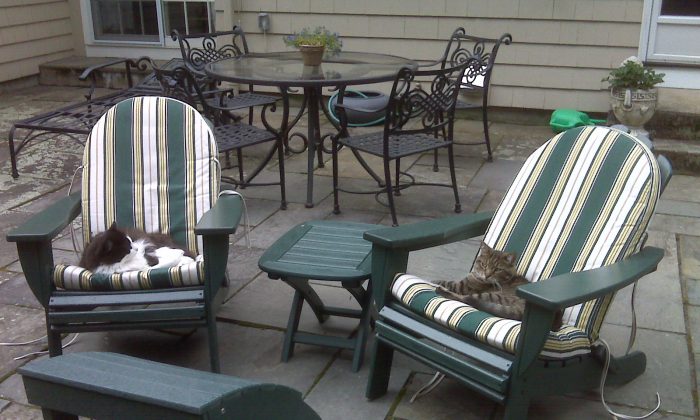 In case you hadn’t heard, service animals—formerly limited to seeing-eye dogs—are now permitted for less obvious limitations. According to the National Service Animal Registry, if you can obtain a prescription letter from a licensed mental health professional—a therapist, psychologist, or psychiatrist—you, or more precisely your pet, can qualify as an “emotional support animal” (ESA). In the current fast-and-loose world of animal-assisted health care, the naive will even accept a simple letter from your family doctor.

As Cole Porter might say if he teamed up with Aldous Huxley—it’s anything goes in the brave new world of ESAs.

This is good news for me. If emotional support ducks, rabbits, kangaroos, miniature horses, and pigs—all real-world examples—are now permitted on planes for those who fear flying, surely I’m entitled to an emotional support cat or two for an affliction that affects me: stuttering.

“Stuttering” is the short-hand term used to describe verbal non-fluency in a variety of forms, including involuntary repetitions of sounds, blockages, and abnormal hesitations before speaking. Stutterers’ inability to speak leads to low self-esteem, self-imposed isolation, and anxiety, which makes it more likely the stutterer will face new speech situations with heightened tension, leading to even more stuttering, heartbreak of psoriasis, and yellow waxy build-up. I was kidding about those last two, but a downward spiral is a real possibility.

In the popular mind, stuttering is associated with neurosis and other forms of psychological anxiety, as depicted in movies such as “The King’s Speech,” “A Fish Called Wanda,” and “One Flew Over the Cuckoo’s Nest,” but Bill Withers, the soul singer, and Bill Walton, the former pot-smoking professional basketball player, are two of the mellowest dudes you can imagine, and both have suffered from this speech impediment.

Stuttering is a hybrid phenomenon, with both physical and psychological aspects. A person who stutters can sing without difficulty, leading some to conclude that his problem (don’t gender-cop me—victims of this affliction are overwhelmingly male) is just an inability to form words properly. The same person who is blocked in conversation with people is typically fluent with pets, suggesting it’s all in his head.

As a stutterer, you just can’t win.

Now that ESAs are permitted for everyone, I’m inclined to start carrying my two cats with me wherever I go. The benefits of my feline companions would be immeasurable, both to me and others. I’d get the comfort of being able to order in snooty restaurants while other patrons’ lives would be enhanced by exposure to Okie, a grey tabby cat with a tiny brain to offset his good looks, and Rocco, a black-and-white “tuxedo” cat whose outgoing personality wins him friends everywhere.

Imagine, if you will, the scene if my cats accompanied me to a little French restaurant I know of where the maitre d’s hauteur pushes patrons’ egos lower than an escargot’s belly. No longer would I be blocked when requesting a quiet table. Instead, the tête-à-tête would go something like this:

MAITRE D:  Good evening—welcome to L’Endive.  How many in your party?

ME: Three for dinner.

OKIE: What about that guy with the white cane? He brought his dog in.

MAITRE D: He is blind, thees ees a seeing-eye dog.

I consider myself more or less cured of stuttering since the age of 25 through a self-developed program of relaxation, yoga, self-hypnosis, and general health maintenance. At the end of a long week, I can find myself regressing into abnormal levels of non-fluency and need to remind myself that rest, relaxation, and meditation are called for. For the most part, however, the situations that caused me so much difficulty growing up—talking on the phone, speaking in public—are no longer occasions for angst.

All former stutterers have our moments of anxiety, however.  Mine usually comes in a noisy and busy public place. In this regard, a quiet upscale restaurant isn’t as intimidating as the high-pressure atmosphere of an expensive coffee shop. You’ve got a line of impatient people behind you, and an underemployed barista who’d rather be writing confessional poetry about a former boyfriend than cranking out espresso-based drinks. You’re bombarded by noises; the hissing of steam, and coffee grinders buzzing like they’re drilling a tunnel. In this setting, two cats may not be enough, and backup may be required.

Another crutch stutterers use is to assume a character, thus divorcing low self-esteem from the sound of one’s voice. For example, I performed the role of Santa Claus in my fourth-grade play, and played the finicky Felix Ungar in “The Odd Couple” in high school without incident. Unfortunately these roles don’t exude the swagger necessary to intimidate indifferent retail counter help. Something more macho is called for, like a Mafia don, with the threat of brutal violence that character implies.

No one believes you’re part of the mob unless you have your own crime family, however. That’s where my service cats come in as I play Tony “The Icepick” Gravano while ordering my mocha latte, no whip:

BARISTA: Hey, take those cats outside.

ROCCO: Do you know who you’re talkin’ to?

ROCCO: You got a nice little coffee shop here. It’d be a shame if anything happened to it.

OKIE: Now, are youse gonna get us cappucinos, or do we gotta stuff you in a kitty box?

Con Chapman is a Boston writer whose work has appeared in The Atlantic, The Christian Science Monitor, and The Boston Globe, among other publications.  His biography of Johnny Hodges, Duke Ellington’s alto saxophonist, is forthcoming from Oxford University Press.