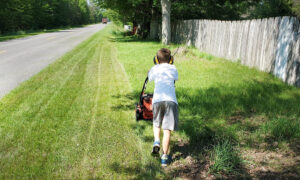 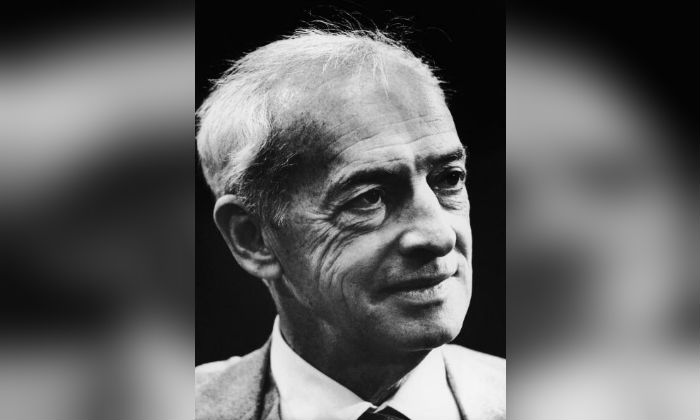 My Lunch With a Nobel Prize-Winning Author

When I heard the second volume of Zachary Leader’s mammoth biography (1,600 pages!) of Nobel Prize-winning novelist Saul Bellow had been published, I raced to the nearest bookstore to see if my name appeared in the index. I was shocked, and a little disappointed, to find that it did not. How could the author consider his research complete when he left out the fateful day on which I had lunch with Bellow?

Okay, I didn’t actually have lunch with Bellow, but I have—as they say—been dining out on the story for half a century. I ate right before he was scheduled to eat at the faculty club at the University of Chicago, where Bellow was teaching at the time. Full disclosure time: I was lunching there because I was a waiter, not part of Bellow’s circle of friends, or even his circle of enemies, which was a slightly larger group if you read his works as romans à clef.

Fuller disclosure: I hadn’t, at that point in my life, actually read anything by Bellow. He wasn’t on the freshman reading list, but he was a living, breathing novelist who would go on to win the Nobel Prize. It was all I could do to not rush up to him like some excited Hollywood autograph hound and say “Mr. Bellow, you’re one of my biggest fans!”

So technically I didn’t eat with Bellow, but I was at a lunch he attended, which was as close as I’d ever been to literary fame at the time. And probably ever will be.

Discretion, according to Shakespeare’s Falstaff, is the better part of valor, but it’s an even bigger part of a waiter’s job description. I accordingly respected the Great American Novelist’s privacy and stuck to my role while at the same trying to absorb how a famous novelist acted in real life—just in case I ever needed to know. Would he be ferocious, skewering the chalky professors at his table? Would he be captivating, regaling his listeners with stories of his years in Europe?

The answer? Bored. Bellow sat down at an empty table, folded his hands in his lap, and looked around the room with an expression that said he’d rather be dead in a ditch than where he was. My guess is the luncheon was a dog-and-pony show for potential donors—just the way a guy who had to fend off high-brow literary women with a stick likes to spend his day.

Being a big-name author in academia isn’t a bad gig. You give a graduate seminar every semester, canoodle with a couple of coeds—it’s in the contract, right after the “whereas” clauses—and get your picture on the cover of the alumni magazine. But you’re also there for some contact with actual human beings, like wealthy alumni whose writing skills extend no further than a big fat check.

Bellow stared around the room, then took his knife and stood a pat of butter on his bread plate up on edge. After a while a few people sat down, introduced themselves, and he broke into a slight smile, which did nothing to dispel his air of ill-suppressed discomfort. I was distracted for a moment by another table and when I turned around—he was gone. The only evidence of his brief presence was that pat of butter on its edge, as Bellow must have been the whole time he was there.

From this close encounter with fame, I took a lesson that has come in handy over the years. If you want to appear superior to everyone around you at a social gathering, look bored—and play with the stuff on your table! Here are a few of the techniques I’ve perfected that lend me an aura of literary snootiness when I dine:

Balance two forks on a toothpick: Snap a toothpick at its mid-point and stick one end in a salt shaker. (You can use a pepper shaker, but you’ll have a hard time finding one because high-class joints all have those pepper mills the size of a bazooka.) Join the forks at the tines, and suspend on one end of the toothpick. Come prepared—you may have trouble finding a toothpick in the faculty club of a major university.

Drop a wine cork so that it stands up on an end. This trick is easier than it sounds. Hold the cork horizontally so that it is parallel to the surface of the table from a height of about two inches. Gently release both fingers at the same time. At first, if you succeed in making the cork pop back up on one end just one time in ten you’re doing fine. With practice, you should be able to do it in three tries or less, causing ingenue poetesses to look on you as a God of belles-lettres.

Matchbook field goals. You can’t smoke in most fancy restaurants and clubs anymore, but you can get a book of matches—what you’re supposed to do with them is not clear. Stand the matchbook on its edge and flick across the table at finger goal-posts set up by a table-mate.

The cooperation of another bored person in your party is essential, but a Nobel Prize in Literature is optional.