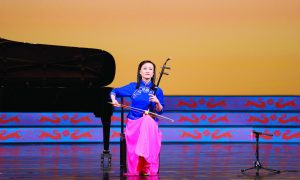 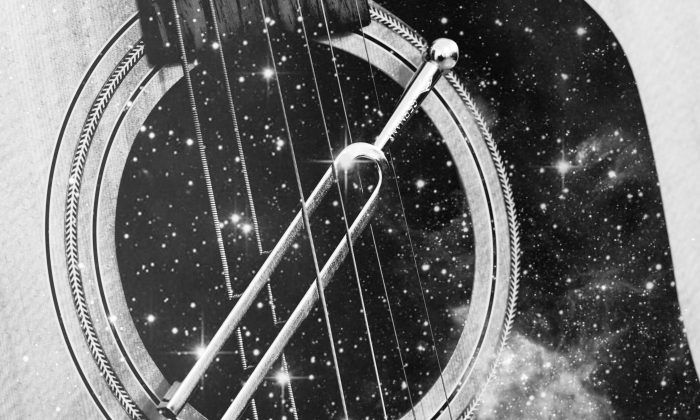 (Pierre Guinoiseau/Flickr/CC BY; edited by Epoch Times)
Beyond Science

A decades-long debate among musicians about tuning is bound up with Nazi conspiracy theories, New Age healing methods, practical consideration of what’s easiest on a singer’s vocal chords, a revived connection to ancient math and aesthetics, and more abstract connections to a higher order.

Should instruments be tuned to 440 hertz or 432 hertz?

In 1955, an international standard of A=440 hertz was set to unify the different concert pitches previously in use. This means the number of vibrations per second of the middle A is 440. But some say A=432 hertz brings music to another level.

Music scholar Maria Renold, in her book “Intervals, Scales, Tones and the Concert Pitch,” described how she tested the different effects on listeners created by 440 hertz and 432 hertz tuning. She asked thousands of people in various countries over the course of 20 years to evaluate how they felt listening to each.

She said 90 percent preferred the 432 hertz tuning. When asked to describe it, they used words such as “completed, correct, peaceful, [and] sunlike.” Conversely, they described 440 hertz tuning as sounding “uncomfortable, oppressive, [and] narrow-minded.”

Renold was influenced by the Austrian mystic Rudolf Steiner, who warned against the “luciferic brightness” of higher tones and advocated A=432 hertz as spiritually uplifting. Renold’s study was not peer reviewed; it has also not been replicated, but it appears no scientists have seriously attempted to replicate it.

Acoustical engineer Trevor Cox conducted an informal online study, asking people to state their preference among pieces of music shifted to simulate seven different tuning frequencies, including 432 and 440. With 200 respondents, he found a slight preference for 440 over 432.

The test involved music that had been digitally retuned, however, not acoustically retuned. It is unclear whether this may have made a difference, since Renold stated that her test only worked with nonelectrical instruments. Any tests she performed with electronically produced tones failed.

The move to 432 hertz has been supported by prominent figures, including Italian operatic tenor Luciano Pavarotti.

The move to 432 hertz has been supported by prominent figures, including Italian operatic tenor Luciano Pavarotti and Italian soprano Renata Tebaldi. Singing to this tuning is said to put less strain on a singer’s vocal chords.

The reasons 440 hertz was chosen as the standard are a matter of some debate.

Was 440 Hertz Tuning a Nazi Initiative?

The most controversial reason suggested is that the Nazis wanted to propagate aggression and stress by using this tuning.

Laurent Rosenfeld wrote the article “How the Nazis Ruined Musical Tuning,” published in the September 1988 edition of the magazine Executive Intelligence Review (a publication associated with the LaRouche movement, known to have some controversial political stances). Rosenfeld noted that it was Radio Berlin, Nazi propaganda minister Josef Goebbels’s mouthpiece, that organized a conference in 1939 to urge the 440 hertz standard. This conference laid the groundwork for the 1955 decision to officially set that standard.

No French composers were invited to the conference, as the French were particularly opposed to the 440 hertz tuning, Rosenfeld reported. He wrote: “Other sources, such as Rene Dumesnil, another advocate of lower tuning, say that this London congress was a set-up: The organizers first asked musicians, engineers, instrument makers, physicists, et cetera, whether they would agree to A=440, and whoever would not agree was simply not invited.”

Rosenfeld made no speculation on the Nazi motives for establishing a 440 hertz tuning, and it seems the idea of propagating aggression has been tacked on by later proponents of A=432 hertz.

French musician and A=432 hertz advocate Robert Dussaut said, according to Rosenfeld:

“My opponents have answered me that the Americans want the tuning to be at 440 vibrations per second, because of jazz [which has raised the pitch to 440 and well beyond], and that we should be in conformity with them. It has been shocking to me that our orchestral musicians and our singers should thus be dependent upon jazz players from the other side of the Atlantic. …. Commercial considerations come first. Artists have but to abdicate. “

Americans want the tuning to be at 440 vibrations per second, because of jazz [which has raised the pitch to 440 and well beyond].
— Robert Dussaut

Aside from political and commercial concerns, the tuning debate has also centered on claims that the vibration of 432 hertz is more beneficial for the human body and that 432 is a number with special, even mystical, significance.

Cymatics: ‘The Science of Sound Made Visible’

It is said that 432 hertz tuning has a positive effect on water, and thus on our bodies since our bodies are mostly made of water. This is part of the reasoning behind claims that music tuned to 432 hertz can have healing effects.

John Stuart Reid developed an instrument called the CymaScope, used in a field of study known as cymatics. The official CymaScope website describes cymatics as “the science of sound made visible.”

The website continues: “It is based on the principle that when sound encounters a membrane such as your skin or the surface of water, it imprints an invisible pattern of energy. In other words, the periodic vibrations in the sound sample are converted and become periodic water ripples, creating beautiful geometric patterns that reveal the once hidden realm of sound.”

When sound encounters a membrane such as your skin or the surface of water, it imprints an invisible pattern of energy.
— CymaScope.com

Reid tested the effect of A=432 hertz on water with his CymaScope at the request of leading 432 proponent Brian T. Collins. Collins published Reid’s response: “432 Hertz pops out as a triangle, every time we image it. We thought there was something wrong with the CymaScope but after trying for more than an hour we concluded that the number 3 was somehow universally connected to 432 Hertz.”

Cymatics shows patterns created by 432 hertz tuning to be aesthetically more pleasing than those created by 440 hertz. But composer Milton Mermikides pointed out on his blog that the containers used to hold the water would have influenced the results.

“Some containers will have prettier patterns with 432 Hz rather than 440 Hz, and others might have quite the opposite,” he wrote. “It’s like arguing that a particular shoe size is perfect by showing a video of one individual happily walking with one pair, and struggling to put on a different size.”

The strength of many claims that 432 is a number with special significance is diluted by the manipulation of numbers required to back the claims.

An example of more complex manipulations is given by Collins. “The connection of Stonehenge to the 25,920 year orbital procession of the equinox and the number 432 is obvious.”

He follows a pattern of dividing 360 by the number of stones in each ring and then dividing 25,920 by that number. Performing these divisions, the other rings do not yield numbers related to 432 (though they yield other cosmically significant numbers, he said).

There’s more to his explanation, but suffice it to say that the overall declaration that 432 is a number of great significance seems based on various manipulations of numbers. It may have some significance, but the significance isn’t glaringly apparent—it seems one must be looking for it to find it.

It has also been claimed that ancient musicians in Greece, Egypt, and in even more remote civilizations tuned their instruments to 432 hertz. Epoch Times was unable, however, to find any concrete evidence that this is so. In recent history, before the standard 440 hertz was set, musicians used a variety of frequencies for tuning.

A Matter of Preference

Whether 432 is a number of cosmic significance or whether the 432 hertz frequency beneficially affects the water in your body may not matter as much as whether you simply prefer 432 tuning.

Ivan Yanakiev, a National Academy-schooled conductor in Bulgaria, had a cellist play Bach’s “Cello Suite No. 1 in G major” with the 432 hertz tuning. “It was new. It was brilliant,” Yanakiev told Vice’s Motherboard magazine last year. “It was a channelling of pure light and love that vibrated through the whole room.”

Yanakiev cofounded the 432 Orchestra in 2013 to spread the 432 hertz vibration around the world.

Dr. Diana Deutsch, a perceptual and cognitive psychologist at the University of California–San Diego who has written about the psychology of music, told Motherboard she would be interested in conducting tests similar to Renold’s to see people’s preferences.

Both 440 hertz and 432 hertz are getting their play. The standard may change as a result, but if it doesn’t, those with preferences either way may enjoy tunes of their liking.

Music Therapy, More Powerful Than You Might Expect
TOP NEWS