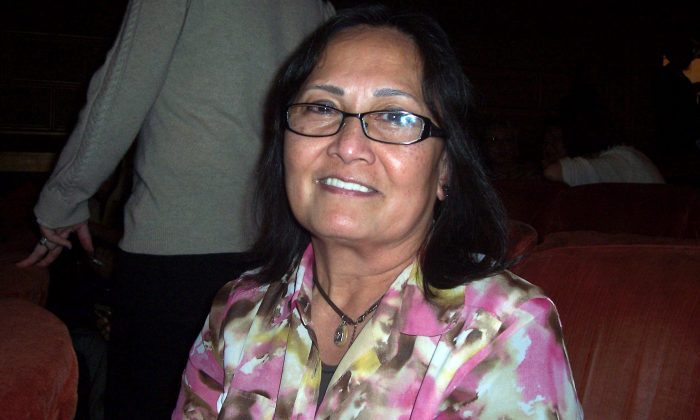 “The music is wonderful, it is very entertaining, and it is very engaging from beginning to end. I think aside from the classical Chinese tradition, it also somehow has a little bit of the Western music influence in it.”

“It is very good, and every single sound that each instrument makes is clearly depicted in the movement of the dance, so it’s like storytelling from beginning to end; there is not a dull moment. Even the kids are focused and they are sitting down and watching. You know, at their young age, they are focused and they are interested. It is very colorful so it is just enigmatic from beginning to end.”

“I would say in every culture, each culture has an aspect of their lives about an eternal being, about someone who you look up to, who you glorify and adore in faith. So I like that very much because it helps you to understand different practices and different beliefs of each culture. And I think showing that aspect, it shows the commonality among other ethnicities, even though we are of a different country, race, ethnicity, we all believe in a divine person, we just call it by a different name but in reality, I think it is one in the same.”

“The theatrical effects, and the animated backdrop effect, that was very ingenious. I mean the timing is so perfect and I think that is what made it more interesting. If it was just a flat screen, the effect would be very different. Especially for a young audience, it is a very good way of showing them, and allowing them to understand what you are trying to portray.”