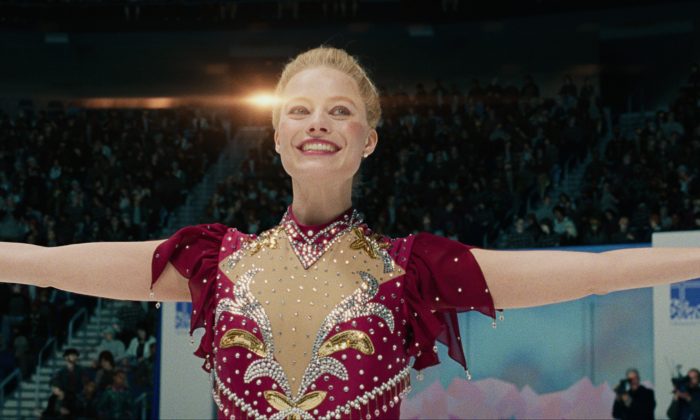 Michael: “I, Tonya” is based on the true story of Tonya Harding (Margot Robbie). Tonya Harding became famous in my childhood when someone attacked her competitor, figure skater Nancy Kerrigan, before they were set to compete against each other at the U.S. national competition and the 1994 Olympics. Tonya’s husband and his friend arranged the attack, and it was widely assumed that Tonya was in on it, but we don’t actually know how involved Tonya was or if she knew about it beforehand.

Michael: Tonya’s relationship with her mother, how it impacts her psychologically, and the fallout it creates in the rest of her life is portrayed so vividly and powerfully in this movie. The intense and violent relationship that Tonya has with her mother continues in her interactions with her husband. The two actors, playing mother and daughter, evocatively demonstrate the conflict, fear, and violence of the relationship. The relationships dominate much of Tonya’s early life and generate the tension that makes the rest of the dramatic events feel so forceful.

Rose: One of my favorite parts of the movie was Tonya and the coach’s relationship, which is a smaller part of the story. The coach, Diane, agrees to coach Tonya even though she doesn’t normally work with children so young. She spends the movie watching this talented kid get beaten down by her mother and beaten up by her husband. I got the sense the coach sympathizes with Tonya, which is why she puts up with her bad attitude. Diane’s love is powerful, and it contrasts with the way Tonya’s mother treats her.

Michael: The coach does appear to be very gentle and loving, in contrast to Tonya’s mother. However, she didn’t do enough to protect Tonya from the severe abuse she experiences.

Michael: I hear stories like Tonya’s frequently in therapy. Tonya’s mother, LaVona, uses threats and violence to discipline Tonya, and Tonya tries to use achievement and perfectionism to earn her mother’s love. LaVona thinks the criticism and punishment is love because she is afraid Tonya will fail without it. LaVona also withholds approval of her daughter because she fears it will cause her not to try as hard. Because she cannot earn her mother’s love, Tonya believes she is flawed and not worthy of love, leading her to accept an intimate-partner relationship filled with insults and violence because she thinks that is what she deserves. The story arc is about Tonya overcoming her insecurities by finding a way to believe in, accept, and approve of herself.

Rose: The movie’s portrayal of Tonya overcoming her abuse was wonderful.

Michael: What did you see as the themes of the movie?

Rose: Overcoming hardship, finding the truth amid a myriad of perspectives, what love is, what abuse is, and how unfair the world can be. What themes did you see?

Michael: Two things stuck out for me. Tonya’s rough upbringing makes it impossible for her to get a fair assessment by the judges.

Michael: The second thing is that Tonya makes the point that America wants someone they can love, and America also want someone that they can hate. Once the media finds something scandalous, whether true or not, they thrive on taking someone down. The most powerful line in the movie for me was when Tonya says, “It was like being abused all over again. Only this time it was by you. All of you. You’re all my attackers too.” While the media is swarming Tonya, the public are the ones feeding the frenzy. What’s your overall take on the movie?

Rose: It is an incredible portrayal of the human condition. I give it a 5 out of 5. What do you think?

Michael:  The acting is great, and the movie is powerful and dramatic. I give a 4.5 out of 5.

Michael Courter is a father, psychotherapist, and business owner who grew up in the 1980s and ’90s going out to the movies and watching them at home with his family. He likes movies with powerfully acted, complex characters and innovative, fresh stories, and those that make him think and that offer something unexpected. Some of his favorite moviemakers are Wes Anderson and Christopher Nolan.

Rose Courter is a senior in high school whose goal is to go to UCLA, study film, and become a movie director. She loves talking about and analyzing films. Fantasy, drama, rom-coms, thrillers, and sci-fi are some of her favorite genres.