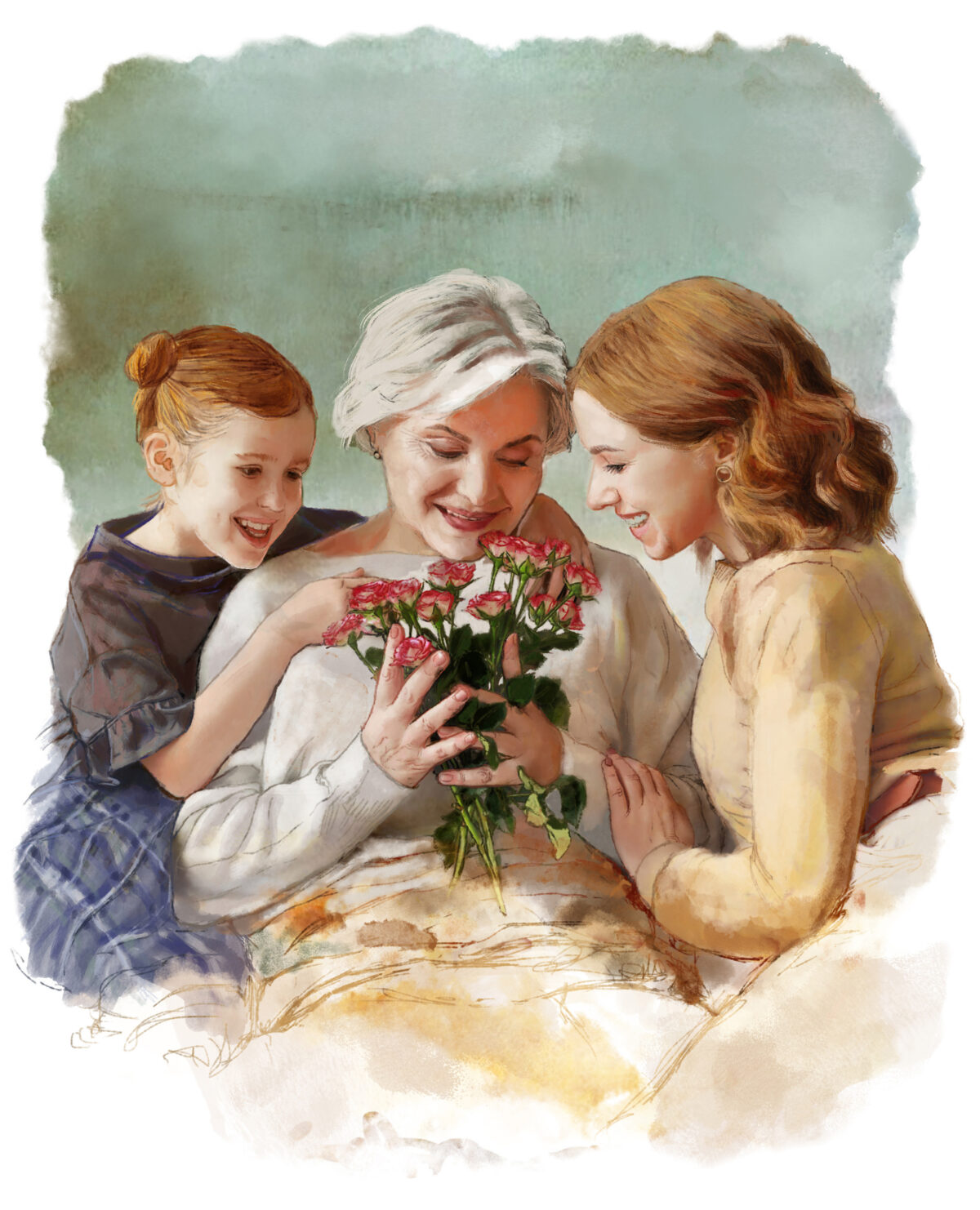 The greatest gift we can offer our mothers, besides gratitude, is passing along their lessons to our children
BY Jeff Minick TIMEMay 4, 2022 PRINT

For me, Mother’s Day often brings to mind an old poem by Rudyard Kipling:

Given the violent potential fates of this poor soul, I suspect these lines are aimed more at men than women. Whatever the case, they always make me think of my mom. I knew without a doubt that no matter what happened, her “love would follow me still.” She was my mom, yes, but while she lived she was also a best friend.

As Mother’s Day approached this spring, for no discernible reason my thoughts drifted to women and their mothers, specifically to daughters who were now themselves mothers. I knew what gifts my mom had bestowed on me, but what treasures, I wondered, had mothers passed along to their daughters, maternal gems of example and advice that they in turn would endeavor to hand on to their own children?

I had no idea.

So I decided to find out.

But before I share what I discovered, a note is in order. To all those readers who have loved and lost a child, no matter how young or old, or who have lost a mother, whether by death or by bitter division, Mother’s Day can be a purgatory of suffering. For you, I have no words of consolation, no easy aphorisms or balms except to say, “I’m sorry for your loss.”

Katharine Miller of Pennsylvania is a 30-something wife and mother of seven. On the eve of her college graduation, her mother suffered a brain aneurysm. She died five days later.

A tender look crept into Miller’s eyes as she revisited her memories. “I guess Mom’s first gift was kindness,” she said. “She was a stellar example of how to treat people, to be smiling and gracious and engaging. When I was young and going off to camp, she told me to make it a point to find the loneliest person in the room and talk to that person.”

Miller thought a moment, then added, “She was always telling me to stand up for what was right and for my beliefs, and to be brave. … She told me I would always face some sort of fear and needed to stand up to it.”

Annie, a wife and mother of four children who also lives in Pennsylvania, is a native of Benin in West Africa, and traveled around Africa as a girl because of her father’s work as a diplomat. We spoke by phone, and I could hear the affection for her mother in her gentle voice.

She said: “Many Africans have the support of relatives—aunts and uncles and cousins—but because we were away so much, my mom was often on her own. She and my father were educated—my mother had done graduate studies in French literature—and the world we lived in worshipped money and power, but my mom got us through that with the gift of her religious faith. She was tireless in her defense of that faith, seeing that we went to adoration and confession. But it was more than the sacraments. She lived her faith so that you could see it was real.”

Today, Annie does her best to pass her mother’s gift to her own children.

The youngest mom I spoke with was in her late 20s, Donna Lagle of North Carolina, wife of a firefighter and mother of two young sons. A former schoolteacher, she’s now a full-time mom who also works from home as a sales rep.

Lagle credits her mother for instilling in her a sense of service to others: “She has a love for people and a passion for helping them: family, friends, people at church. It’s sometimes a blessing and a curse because she doesn’t always leave time enough for herself. Her example has helped me be a better mom, a better wife, and a better friend. A high school acquaintance called me the other day to ask about the products I sell and then opened up to me about her problems. She’s struggling with some things, and we shared. Taking time to serve people was the best thing my mom taught me.”

Anne of Western North Carolina is a wife, a mother of four, and a grandmother who also worked as a veterinarian. Her mom is 103 years old, suffers from dementia, and lives in an assisted living home 45 minutes away, where Anne visits her at least once a week.

“She set the tone in our household, and not in a dictatorial way at all,” Anne said. “I didn’t recognize the beauty of it until I was older. It was a calm household with sensible boundaries, and there was a good healthy support system. She was loyal to her children, and she would stand up for us if she needed to. She was kind and never raised her voice. In hindsight, I really valued all of that so much. There’s an art to maintaining a calm, connected household. I think I tried for that as a parent.”

Speaking with Anne, I could hear the echoes of her mother’s kindness in her voice.

Rebecca McMahon of Virginia, wife and mother of three with another on the way, praised her mother as selfless. “I have very few memories of her buying anything for herself,” she said, adding with a laugh, “When she was 52 and my sister was getting married, a group of us went to get a manicure. ‘I’m not sure how to behave,’ her mother told us as we entered the shop. ‘I’ve never had anyone do my nails.’”

McMahon valued her mother’s example as a homemaker. “Here’s a woman who homeschooled six kids, cooked and baked so much that the house was always filled with wonderful smells, and who kept her home immaculate. I’ve tried to do the same.”

Like some of the others I interviewed, McMahon credited her mom for passing on her religious faith. “She and Dad often took us to daily Mass, and she was dedicated to the rosary, saying it every night no matter how tired she was.”

On this special day, we can bring our mothers flowers and fancy cards, treat them to lunch, and even buy them extravagant gifts. All of these gestures express our love for them and for what they did. But after speaking with these women, I believe the greatest gifts we can offer our mothers are words of gratitude from the heart and passing along their lessons to our children.

And for those whose mothers are gone, I encourage you to tell stories of them to the younger set, your children and grandchildren. Share their love and wisdom with the next generation.

Finally, for you moms with infants and toddlers, you have some big shoes to fill. As William Makepeace Thackery wrote in “Vanity Fair,” “Mother is the name for God in the lips and hearts of little children.”

Those children need you. We all need you.