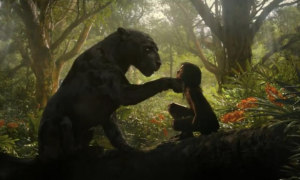 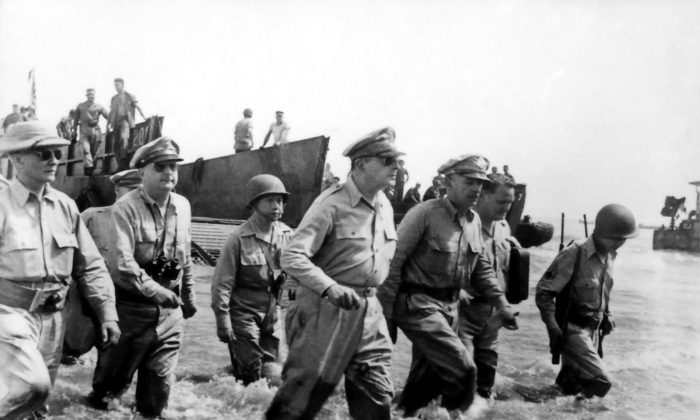 The last few decades have witnessed the rise of helicopter moms—mothers who hover over their children—taking an often excessive interest in their development, encouraging their academic and social success, sometimes even calling a college professor to complain about a grade received by their student. Tiger mom has become a household name for mothers who push their children to excel in school. This same phenomenon occurs with stage moms placing young children with modeling agencies and entering them into beauty pageants. So keen is this desire for their children’s success that some parents have gone so far as to bribe college officials to win them entrance to their schools.

With the exception of those who employ bribery, such moms might consider making Mary Pinckney Hardy MacArthur—“Pinky” to her family and friends—the godmother of helicopter parenting.

Pinky was the mother of General Douglas MacArthur, one of the greatest of American military commanders and a man whose reputation remains controversial to this day. For over 50 years, she was his teacher, his exemplar, his major domo, his confidante, and his lodestar of inspiration.

Though a Southerner whose brothers had fought for the Confederacy, in 1875 Pinky married Arthur MacArthur, a Union war hero and a man who, until his death 37 years later, remained a legend in the U.S. Army. With him, Pinky moved from one Army post to another, bore three children, lost one, Malcolm, at age 4 to measles, and the other, Arthur III, a graduate of Annapolis and a rising star in the Navy, in 1923 to appendicitis.

Douglas MacArthur was 3 years old when his brother Malcolm died, and from that point on he became the center of his mother’s care and affection. He adored his father and looked up to him as a hero, but it was the ever-present Pinky whose words and example molded MacArthur’s character.

This Man Is Her Son!

Pinky began by seeing to his early education. “Her sons never lacked books about martial heroes,” biographer William Manchester tells us in “American Caesar: Douglas MacArthur 1880–1964.”  “In her lap they learned the virtue of physical courage and the disgrace of cowardice. ”

For high school, Pinky enrolled her son in San Antonio’s West Texas Military Academy, where, with her constant encouragement, he soon turned from academic mediocrity to shining achievements. In the field of sports he excelled as well, becoming quarterback of the football team, a shortstop in baseball, and winner of the school’s tennis championship.

After his graduation as class valedictorian, both of MacArthur’s parents sought to do all in their power to prepare him for his entrance examinations to the United States Military Academy at West Point. Pinky supervised his studies in preparation for these exams, having him read under her attentive care while also hiring tutors for him and enrolling him in a Milwaukee high school to review such subjects as mathematics and English.

On the day of the test, when a sleepless MacArthur felt nauseated by anxiety, it was Pinky who put some backbone in him. She pulled her son aside just before the exams and said, “Be self-confident, self-reliant, and even if you don’t make it, you will have done your best. Now, go to it.”

His score was 16 points higher than the best of the rest of the applicants. MacArthur was off to West Point, and so was his mother.

For the next four years, Pinky rented a room in a hotel near the Academy, where MacArthur visited her whenever he had the freedom to do so, sharing his adventures and taking advice and inspiration from her.

At one point during his time as a cadet, MacArthur faced an enormous crisis. A court established to investigate hazing at West Point ordered MacArthur to reveal the names of cadets who had hazed him to the point of unconsciousness. It was an order he considered dishonorable and intended to refuse, but that refusal might well lead to his dismissal.

Before entering the courtroom, he once again experienced the nausea that had afflicted him on the day of his entrance examination. Just before he was to appear in the courtroom, he opened a letter containing a poem sent to him by his mother. The last lines gave him the strength he needed to face the court.

Be this your task, if task it shall be
To force this proud world to do homage to me,
Be sure it will say, when its verdict you’ve won
She reaps as she sowed: “This man is her son!”

MacArthur kept his honor, survived the ordeal, and graduated at the head of his class.

Even then, Pinky remained very much a part of MacArthur’s life, the chief person whose counsel he sought and valued. She wrote letters promoting his assets to General Pershing. She traveled with him early in his military career to the Far East, and thereafter remained physically near him when circumstances permitted.

Only once did Pinky have a falling out with her son. When MacArthur married his first wife, a union that would end in a bitter divorce, she refused to attend the wedding and scorned his new bride.

Some sons might have resented such overbearing maternal affections. Not MacArthur. Until the end of her life, and indeed until his own death, he offered his mother unstinting affection. Dwight Eisenhower, an aide at the time to MacArthur, remembered that his mother’s death in 1935 “affected the General’s spirit for many months.”

In a letter to a friend, MacArthur himself wrote some days after the funeral that “Mother’s death has been a tremendous blow to me and I am finding the greatest difficulty in recoordinating myself to the changed conditions.” Later, he wrote, “My loss has partially stunned me and I find myself groping desperately but futilely.”

Rarely in history do we encounter such a bond between mother and son. Her influence was immense. As Arthur Herman writes, “She had been the central character in his life … She had been tough and charming, practical yet sentimental, an incurable romantic yet wise to the ways of the world—character traits that she had passed on to her son.”

MacArthur went on to a brilliant military career. He commanded forces in the Pacific during World War II, ushered in political and economic change to Japan following that war, and in a much-disputed action, was removed from command by President Truman during the Korean War.

Guiding Douglas MacArthur throughout all these endeavors were those principles and lessons embedded in him by that helicopter-mom-extraordinaire, Pinky.

On battlefields around the world soldiers have cried out for their mothers as they lay dying. And memorably, Abraham Lincoln once said, “All that I am, or hope to be, I owe to my angel mother.” In “The Hand That Rocks the Cradle: Mothers and Sons,” we will look at a number of famous men strongly influenced by their mothers. Not all these women were angels, but their love, disposition, and sense of principle left an indelible stamp on their sons.