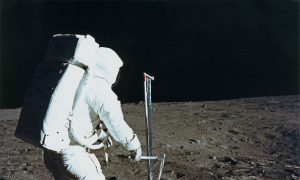 Fly Me to the Moon: Time to Celebrate Engineers and Astronauts
0
Share Now
TelegramFacebookTweetEmailTellMeWeReddit
Copy Link 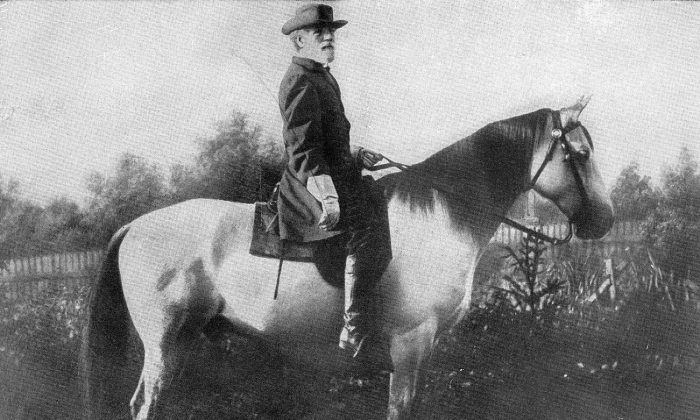 On battlefields around the world, soldiers have cried out for their mothers as they lay dying. And memorably, Abraham Lincoln once said, “All that I am, or hope to be, I owe to my angel mother.” In our series “The Hand That Rocks the Cradle: Mothers and Sons,” we will look at a number of famous men strongly influenced by their mothers. Not all these women were angels, but their love, disposition, and sense of principle left an indelible stamp on their sons.

He was a member of one of Virginia’s most illustrious families. His father was a Revolutionary War hero who later gained a reputation as a scoundrel in business and a hothead in politics. His mother was a Carter, also one of Virginia’s first families. He became a soldier, an Army engineer, superintendent of the United States Military Academy, and one of America’s greatest generals.

Unfortunately for his reputation in our politically correct times, he fought for the wrong side.

An Exemplar, No Matter Your Side

Today, some revile the once-revered Robert E. Lee, savaging him for owning slaves and leading Confederate troops against the government of the United States. No matter that he believed secession to be a tremendous mistake; no matter that he fought not for slavery, which he regarded as evil, but for his beloved Virginia; no matter that he was a gentleman in the best sense of that word; no matter that he called for the reconciliation of North and South after his surrender at Appomattox: No, some of our self-righteous citizens have determined to tar and feather the long-dead Lee, demanding this American hero be erased from our histories and from the public square.

Yet, if we examine those histories and biographies, we find not only Lee the general but also a man with impeccable manners, always considerate of others, scrupulous in his personal affairs, and a devout believer—“It is all in God’s hands” has been attributed to him, in moments of crisis.

In “Clouds of Glory: The Life and Legend of Robert E. Lee,” Michael Korda notes that both Northerners and Southerners regarded Lee not only as a hero but also as a kind of secular saint and martyr.

And it was his mother who helped make him so.

Lee’s father, Henry “Light Horse Harry” Lee, became celebrated as a leader of cavalry during the Revolution and was a close friend of George Washington, delivering his funeral oration with its famous tag “First in war, first in peace, and first in the hearts of his countrymen.”

Though Henry Lee served in high political office after the war—he was once governor of Virginia—he lost money in land speculation, quarreled frequently and bitterly over politics and money, and was once, in 1812, almost beaten to death by a Baltimore mob outraged by his opposition to the war with Britain. Henry Lee spent the last five years of his life outside the United States, fleeing his creditors and trying to regain his health. He finally died, broken in wallet and in spirit, on Cumberland Island in Georgia.

Fortunately for Robert, his mother, Ann Carter Lee, was made of stronger stuff.

Here was a woman who faced tremendous obstacles. Long before the death of her husband, Ann received little support from him, financial or otherwise, and depended on generous relatives for sustenance and living quarters. Often sickly, she managed the household and raised her five children, of whom Robert was the fourth.

Despite their straitened circumstances and her ill health, Ann was determined to bring up her children well: to be ladies and gentlemen, to be truthful, to manage their money, to take pride in their heritage yet practice humility, and to pursue their religious faith in earnest.

Robert was 12 years old when his older siblings left home, and the burden of caring for his ailing mother and overseeing the household fell on his shoulders. He “carried the keys,” as was said then, and oversaw the day-to-day workings of their home.

Later, Robert would bring the tender skills he had learned while caring for his mother to his own wife, who was also sickly for much of their marriage.

Perhaps Ann’s two greatest gifts to her son were a love for God and a devotion to duty.

Ann was a fervent Christian. Though none of her letters to Robert are extant, we do find evidence of her spirit in a letter written to Robert’s brother, Smith. Near death, Ann encourages Smith to “repel every evil and allow yourself to indulge in such habits only as are consistent with religion and morality.”

And though Robert may never have written the famous words attributed to him—“Duty is the most sublime word in our language. You should do your duty in all things. You cannot do more. You should never wish to do less”—that dictum served as his lifelong lodestar. Its light was acquired first from his mother’s lips and then reinforced by his many responsibilities as a youth.

In 1824, when Lee was seeking an appointment to West Point from Secretary of War John C. Calhoun, his mother’s cousin, William Henry Fitzhugh, wrote in a reference letter to Calhoun that Robert “is also the son of one of the finest women the state of Virginia has ever produced. Possessed, in a very eminent degree, of all those qualities, which peculiarly belong to the female character of the South, she is rendered doubly interesting by her meritorious & successful exertions to support, in comfort, a large family, and to give all her children excellent educations.”

The bond between mother and son was so strong that after Lee had departed for West Point, Ann wrote to a cousin: “How can I get along without Robert? He is both a son and a daughter to me.”

Lee graduated from West Point in June 1829 and returned home to find his mother dying. He resumed his care for her, mixing her medicines and sitting for hours by her bedside, until on June 26 she slipped away, free from her many trials and leaving behind the young soldier who would become one of Virginia’s most beloved sons.