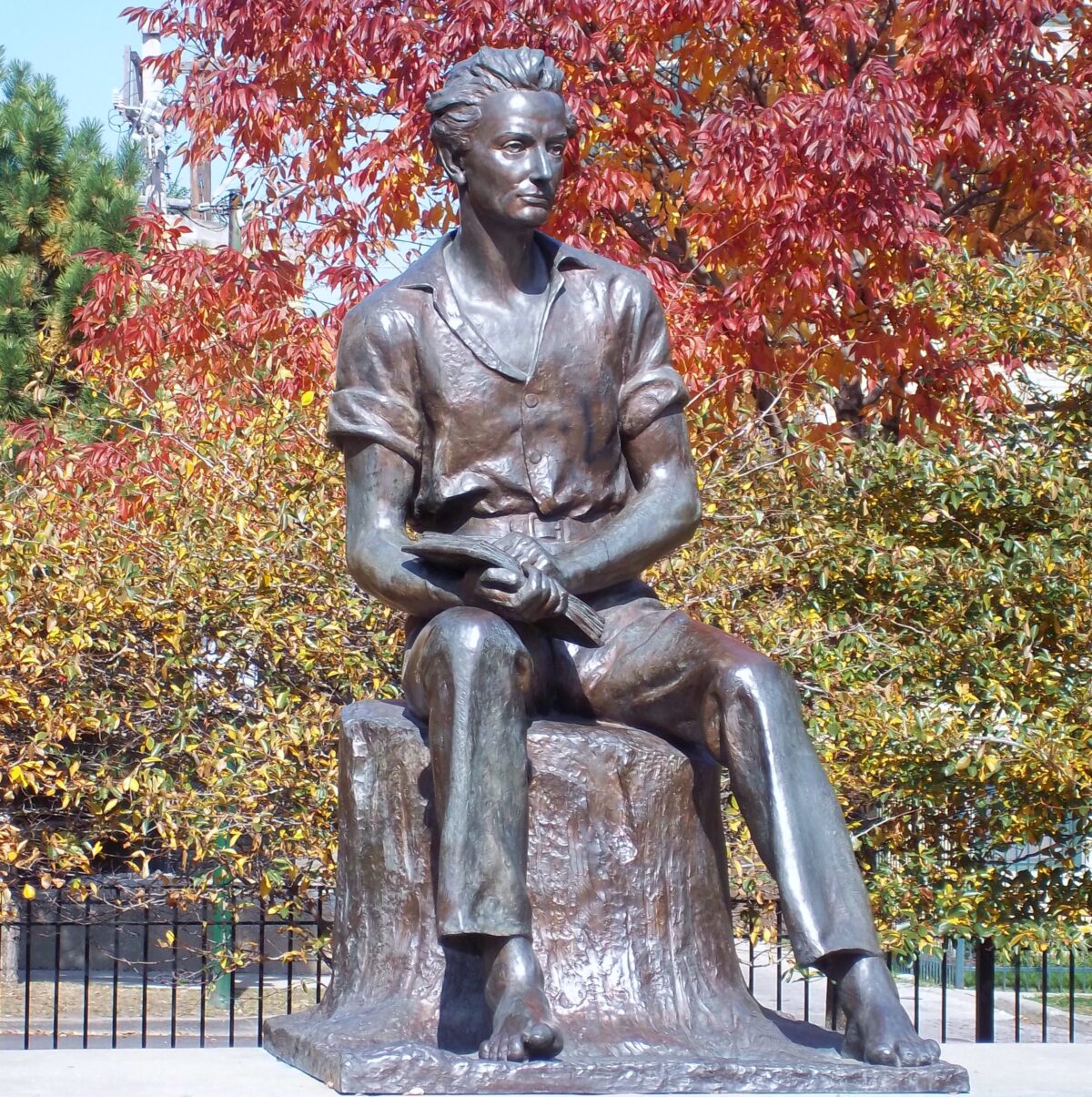 The hand that rocks the cradle
BY Jeff Minick TIMESeptember 25, 2019 PRINT

Sometimes we are blessed with not one, but two mothers whose care and affection shape our lives.

Abraham Lincoln was 9 years old when his mother, born Nancy Hanks, died either of “milk sickness” or consumption. We know little of Nancy other than that she was an intelligent, kind woman who had lost one child in infancy and who loved both her daughter Sarah and young Abraham.

Though Lincoln left no written words in her memory, in his book “Lincoln,” David Herbert Donald includes a portion of a letter Lincoln wrote many years later to a bereaved child: “In this sad world of ours, sorrow comes to us all; and to the young, it comes with the bitterest agony, because it takes them unawares … I have had experience enough to know what I say.”

For over a year after Nancy’s death, Abraham, his father Thomas, his sister, and a cousin who was living with them, Dennis, lived motherless and wifeless in their tiny cabin in Indiana. Sarah tried to take Nancy’s place, cleaning and cooking, but she was only 11 and felt so alone that she often gave way to despair and weeping. A gloom hung over this tiny household, a sadness manifesting itself in chaos, dirt, and sometimes hunger.

The poet and writer Rosemary Benét gives us a picture of the family’s condition at this time in “Nancy Hanks,” where Nancy is a ghost asking after her son:

Scraping along
In a little shack,
With hardly a shirt
To cover his back,
And a prairie wind
To blow him down,
Or pinching times
If he went to town.

In a verse written after revisiting this time and place in his life, Lincoln wrote the line “I’m living in the tombs.”

Sarah was a Kentucky widow, the mother of three young children, whom Thomas Lincoln had known before marrying Nancy. Realizing he needed help with his family and household, Thomas returned to Kentucky 13 months after his wife died and asked Sarah to marry him. As he pointed out, she needed a husband to help care for her children, he a wife for the same reason, and so he returned to Indiana with Sarah and her children in tow.

We do not know whether Sarah was shocked by what awaited her in that cabin: a home without a proper door, but with a dirt floor, little furniture, and dirty, disheveled children. What we do know is that she promptly took command of the situation.

According to Dennis, “She Soaped—rubbed and washed the Children—so that they looked pretty neat—well and clean.” Without causing undue friction, she prevailed on Thomas to construct a floor and make repairs on the cabin. From Kentucky, Sarah had brought possessions that added a touch of civilization to the Lincoln household—bedding, a bureau, table and chairs, a spinning wheel, and silverware—items that, as David Donald speculates, made the Lincoln children feel as if “they were joining a world of unbelievable luxury.”

But the greatest gift Sarah brought to that cabin was Sarah herself.

Here was a woman who knew how to love.

According to the few accounts we have, Sarah showed no favoritism between her children and her newly acquired stepchildren. On all five young people, she bestowed her affections equally. By this impartiality and by her constant affection, she blended the two families.

Unlike her husband, and though she herself was illiterate, Sarah was also a strong advocate for education. Along with the household furniture, she had brought books—among others, a family Bible, Aesop’s Fables, and John Bunyan’s “The Pilgrim’s Progress”—and she encouraged Abraham to read these and whatever other books and newspapers he could find.

Sarah also introduced Abraham to William Scott’s “Lessons in Elocution,” from which he gained his first lessons in public speaking as well as his introduction to Shakespeare. His formal schooling amounted to less than a year, but by immersing himself in these and other books, Abraham grounded himself in a prose that would echo in later writing and speeches.

In Sarah, Abraham also found the love and inspiration absent in his relationship with his father. Thomas was a stolid man, a hardworking farmer and carpenter who worked his son equally hard. Though Lincoln benefited from this work—he became physically stronger than most of his peers—he knew even as a teenager that he wanted nothing like his father’s life.

The brief references Lincoln made later to his father barely conceal the scorn he felt toward him. Thomas embodied the power of a negative example on one’s children.

Sarah, however, enjoyed a close relationship with Abraham for as long as he lived. In “A. Lincoln: A Biography,” Ronald C. White writes “… Abraham’s stepmother’s love and encouragement became critical to his development. Sarah Bush Lincoln believed that what she gave was returned in kind. ‘I can say what scarcely one woman—a mother—can say in a thousand and it is this—Abe never gave me a cross word or a look and never refused … to do anything I requested of him.’”

The two also shared a sense of humor. When Lincoln reached 6 feet 4 inches, Sarah teased him about his height, warning him to keep his hair washed or he’d leave footprints on the ceiling. While she was gone away one day, he took several children, dipped their feet in mud, held them upside down, and had them leave footprints on the ceiling. When Sarah returned, she saw the prints and burst out laughing. Lincoln then whitewashed the ceiling again.

The story may be legend rather than fact, but it points out Sarah’s good nature, Lincoln’s love of a practical joke, and his bond with this woman whom he always called Mama.

After Thomas’s death in 1851, Lincoln financially supported his stepmother until his own death in 1865. Sarah lived on for nearly four years, dying on April 12, 1869, three days shy of the anniversary of her stepson’s death by assassination.

Lincoln once stated, “All that I am, or hope to be, I owe to my angel mother.”

Scholars have debated which mother Lincoln had in mind, but it doesn’t really matter. The truth is that the positive personal traits for which Lincoln is most famous—his compassion for the afflicted, his humor, his love of family and children—derive from the influence of both these women.

In our series “The Hand That Rocks the Cradle: Mothers and Sons,” we will look at a number of famous men strongly influenced by their mothers. Not all these women were angels, but their love, disposition, and sense of principle left an indelible stamp on their sons.