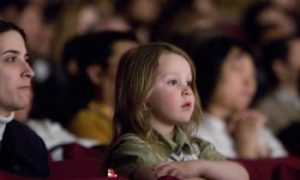 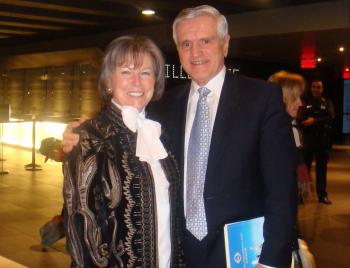 By Epoch Times Staff
Print
MONTREAL, Canada—Now enjoying retirement, Micheline Labelle, a former school manager and educational software developer, acquaints herself with historical gems at the Montreal Museum of Fine Arts by volunteering as a guide.

It was almost fated for Mrs. Labelle to attend Shen Yun and experience one of dances that depicted the ancient Qin dynasty excavation of Terracotta Army statues. The dance portrays an artist recalling the past when he himself was a Qin warrior.

“It’s amazing,” she said. “It’s not only the expression of all the possibilities and the qualities [of human beings] . . . but also I think it’s the spirit,” said Mrs. Labelle after the show.

“It’s incredible, we really enjoyed it, we’re going to come back,” she said.

At today’s show, the audience experienced classical Chinese dance and traditional Chinese culture. The combination of classical western and Chinese instruments in Shen Yun’s orchestra provides a musical backdrop for the dances, while in other parts of the program vocal soloists take centre stage with bel canto pieces.

“It’s a very nice rendezvous with the costumes, the power of the people, and also the spirit of the country,” said Mrs. Labelle.

Mrs. Labelle, who came with her husband, Claude, said she enjoyed the spirit of the entire production. Shen Yun states that its mission is to revive the traditions of China’s 5,000-year-old culture.

Shen Yun will next perform in Toronto. For more information visit ShenYunPerformingArts.org.