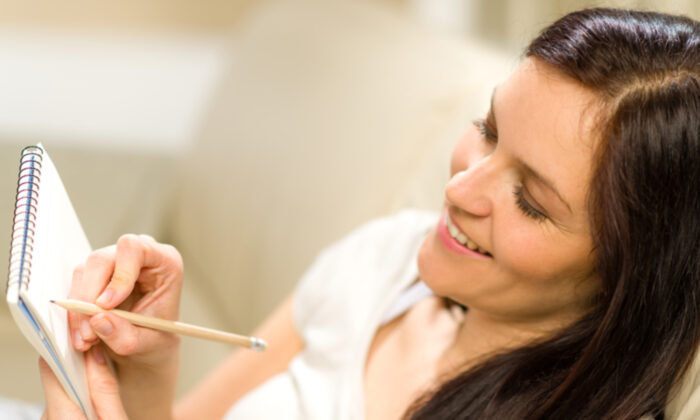 As parents watch their little ones grow up, the teenage years may come as a shock. What happened to the bright-eyed, smiley, and energetic kid of yesteryear? And what’s a parent to do about the inevitable transformations happening right before their eyes?

For Nicole Poppic, a 37-year-old veteran and a formidable mom of three in northern California, her daughter Cara’s journey through adolescence put a strain on the household.

One day, Poppic had enough. As usual, her younger children, Alex, then 10 years old, and Sammi, who was 4 at the time, were up and ready to go before Cara had even rolled out of bed. It wasn’t just the lateness that was the problem; Cara also wasn’t prepared to apologize or even listen.

Then her mom had an ingenious idea that was guaranteed to get her daughter’s attention—a hilarious note to her teachers that would go viral as parents of teens around the country read it, laughed, and maybe cried too.

What prompted the note to Cara’s teachers and administrators was the way the 14-year-old seemed completely blasé about the way she had made everyone late. Poppic was going to give her the “lecture,” as she recounted to TODAY Parents: “‘You need to start thinking about other people, Cara. You are not the only person in this family, and you made your brother and sister late, too.’”

But Mom’s words were drowned out by the sounds of Cara’s favorite band, Panic! At The Disco, playing at full blast on her headphones. According to Poppic, her daughter “was staring out her window, completely ignoring me.” Enough was enough. “I reached over and took her phone off her lap, unplugged her headphones, and threw her phone out the car window,” Poppic recalls.

Worst of all was that Cara had had the nerve to ask her mom for a note excusing her tardiness. Poppic wrote a note, but it definitely wasn’t the one that her daughter was hoping for.

“This is what happens when you are tardy as a result of your own poor choices and you ask me for a note to excuse your tardiness,” Poppic commented as she posted it on Facebook.

Addressing herself to the school staff and teachers, Poppic explained that her daughter was suffering from “a condition known as ‘teenage-ism,’” adding, “Adolescents across our great nation are afflicted and there is no known cure.”

The upfront and honest note concerning her daughter continued:

“Symptoms are multitudinous, but this particular morning, she suffered from an inability to remove herself from her bed, and also felt the need to talk back to her birth-giver.

“She seems to be recovering her senses after watching her cell phone fly out the car window. Please call me if there is another flare-up.”

The mom took the time to walk her daughter into school, stopping at the office to hand-deliver the excuse note. Upon reading it, the attendance clerk “cracked a smile,” Poppic told TODAY.

The response online was much less muted, with friends and fellow parents of teenagers chiming in to say how much they sympathized. As one social media user commented on Facebook, “As a teacher and a mom, well played, game-set-match to you!”

Poppic stresses that her daughter is a good kid most of the time. “Watching Cara grow and change brings great joy to my life,” she said to TODAY, “but with that growth, there have been growing pains.” While Poppic said she doesn’t want the house to be full of conflict, she adds: “I hope that by correcting her when she has an attitude, I can instill respect and responsibility in her for the long run.”

As for the teenager herself, Cara was rather embarrassed by the note and its viral stardom. She confided: “I guess I was ashamed of acting that way, because my teachers usually know me as the quiet, respectful student in the class, and I didn’t want them to think otherwise.” But after getting over the feeling of having her less desirable qualities exposed in broad daylight, she was able to laugh about it, too.

For Poppic, the viral success was an unintended consequence but one she feels good about. “When I originally shared the note, it was with the hopes of giving my friends who are moms a laugh and to let them see that even stressful mornings can be lightened up by a little humor,” she said.