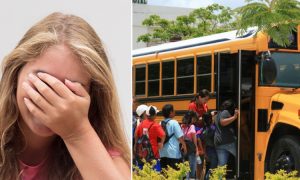 Teen Acts Quickly When He Sees Girl Get Her Period on School Bus, and Mom Praises Him
0 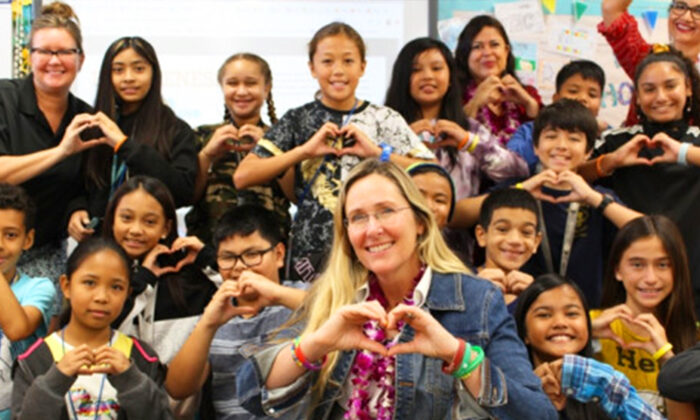 When unforeseen tragedy occurs, the only choice that remains is how we respond to it, and this mom from Connecticut chose love.

On Dec. 14, 2012, Scarlett Lewis’s 6-year-old son, Jesse, was murdered in his first-grade classroom at Sandy Hook Elementary School, Connecticut. A former student named Adam Lanza gunned down 20 students and six educators in two first-grade classrooms, making it one of the United States’ most devastating mass shootings to date.

In an email interview with The Epoch Times, Scarlett shares the unimaginable incident and the mission that was born of the tragedy that took her young son’s life.

Explaining the tragic incident that took place that day, Scarlett said: “Jesse stood up to the gunman, and when his gun ran out of bullets, directed his friend to run and saved nine of his classmates’ lives before losing his own. I am incredibly proud of his courage.”

For his brave action, Jesse was shortlisted for the 2020 Presidential Medal of Freedom.

Upon hearing the news of her youngest son’s tragic death, Scarlett recalled feeling “absolutely devastated and stunned.” Her eldest son, JT was 12 at the time, and Scarlett knew that she had to model resilience.

She said: “How I responded to this tragedy would impact my older son, and teach him how to handle difficulty, challenges, and adversity for the rest of his life.”

The grieving mother then decided to channel her energy into creating a movement in Jesse’s legacy; she left her career in the financial industry and began “The Jesse Lewis Choose Love Movement.”

Scarlett’s inspiration to starting the movement came from a message that Jesse had left on the family’s kitchen chalkboard shortly before he died: “Norurting Helinn Love” (Nurturing Healing Love).

The words were spelled phonetically, Scarlett explained, because her son was a first-grader and was just learning how to write. “But the meaning was clear to me,” Scarlett said. “If the shooter had been able to give and receive love, then the tragedy would never have happened.”

The Jesse Lewis Choose Love Movement is based upon a principle known as Social and Emotional Character Development (SECD), a learning theory that consists of skills, tools, and attitudes that constitute a healthy approach to living life, which include forming of relationships, resilience, and making responsible decisions.

However, man isn’t born with these skills, Scarlett explained, but it can be learned at any age.

“There are decades of research that prove that these skills, tools, and awarenesses benefit us throughout our lives,” Scarlett continued, “and address the cause of much of the suffering we’re experiencing in schools that translates into society.”

Scarlett cited bullying, violence, mental illness, substance abuse, and loneliness, among others, as possible outcomes of a lack of SECD education.

As such, the Jesse Lewis Choose Love Movement, bolstered by the longest-running study on happiness and adult development from Harvard University, offers free-of-charge “lifespan”—meaning, for everyone—social and emotional character-development programs via their website: www.chooselovemovement.org

Scarlett shared, “I realized this would have saved my son’s life, and could prevent something like this from happening again.”

As of 2020, schools, homes, and communities in every state of the United States, as well as over 100 countries internationally, are implementing the Jesse Lewis Choose Love Movement syllabus in order to benefit from the life skills that are offered. Scarlett explained, “Students and educators learn these skills together, take them home, and work on them with their parents and siblings, and then parents take them into the community for a consistent message and benefit for all of humanity!”

According to their website, Jesse’s message and the movement have reached 1 million people worldwide.

In September 2016, Scarlett launched a GoFundMe campaign on behalf of the Jesse Lewis Choose Love Movement to help raise enough money to launch the website and begin to offer the online program free of charge. To date, the fund has raised over $48,000 of a $100,000 goal.

In October 2019, Scarlett and her education mission were honored as “GoFundMe Heroes.” In addition, Scarlett has also penned a book based on Jesse’s enduring message, titled, Nurturing, Healing Love: A Mother’s Journey to Hope and Forgiveness, with Natasha Stoynoff.

Now, Scarlett’s eldest son, JT, is 19 and is majoring in Political Science at the University of Connecticut. He is also running for State Senate in the family’s hometown.

“He understands that we all must take responsibility for what is going on in our world and be part of the solution,” Scarlett told The Epoch Times. “JT is dedicated to creating safer schools and a better world for all.”

Meanwhile, Scarlett continues to lead the Jesse Lewis Choose Love Movement in Jesse’s honor. “Much of the suffering that leads to the tragedies we experience around the world,” she reflected, “can be reduced and prevented with ‘Nurturing Healing Love.’”

The movement’s latest endeavor is their “Choose Love for the Workplace” program, a branch of the movement’s founding principle of Social and Emotional Character Development, but this time specifically tailored to organizations and their employees. The goal of the program is to “cultivate emotionally and socially intelligent individuals who have the necessary skills and tools to be their best, personally and professionally.”

“We are all connected as human beings by the want and need to love and be loved,” said Scarlett. “We are all vulnerable, we all feel pain […]and suffer, yet we all just want to be happy.”

The movement, Scarlett maintains, is in place to enable all of us to live our very best lives, love ourselves, and nurture close, loving relationships with others. “When we choose love in our response,” Scarlett concluded, “we take our personal power back and make the world a better place!”