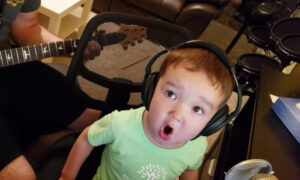 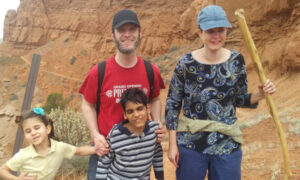 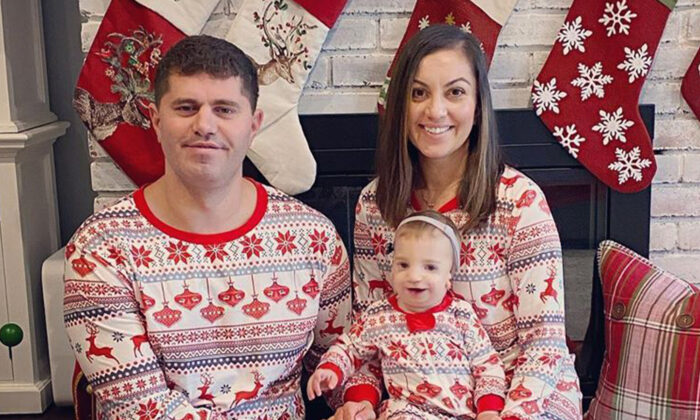 When Eliza Bahneman’s daughter, Bella, was born, the new mom and her husband’s lives changed in innumerable ways.

Bella was born with a rare genetic condition called Treacher Collins syndrome. But despite her limitations, Eliza’s little “warrior” and her indomitable spirit prompted the mother to share their family’s story, hoping that Bella will inspire others to open their hearts and minds to people with visible differences.

In an email interview with The Epoch Times, Eliza shared her story of motherhood thus far.

Eliza, 36, revealed that she always wanted to be a mother, having worked with kids of all ages most of her life and specialized in mentoring children with autism and special needs. “I couldn’t wait to have my own [children] to create our memorable experience,” she said.

“Upon finding out about our pregnancy, Erik and I were thrilled as we had been trying for about eight months,” Eliza said. “We were getting nervous and questioning if we can get pregnant on our own, as my husband Erik is a cancer survivor.”

Eliza was at some point considered high risk due to the shape of her uterus; however, that was ruled out and she had a “wonderful pregnancy.”

The expectant mother’s water broke a month early on Oct. 25, 2018. Bella’s birth was governed by a plethora of different emotions, said Eliza, recalling the moment she looked down for the first time and noticed that her newborn baby girl looked “different.”

“As soon as Bella entered the world,” said Eliza, “confusion filled the room. I was angry at the ultrasound technicians for not picking up any signs that my daughter might be born with a syndrome. A rare syndrome […] I was heartbroken.”

Soon after, Bella was whisked to the NICU so that nurses could monitor her vitals. Unable to ingest breast milk, she was fed intravenously.

“An hour later, I was able to unite with my family,” Eliza recalled. “After my husband and I had some alone time, my husband said, ‘Honey, I think I diagnosed our daughter.’”

Bella was born with underdeveloped ears (otherwise known as microtia), slanted eyes due to underdeveloped cheekbones, an open hard and soft palette, and a small recessed jaw resulting in a small airway.

Two days after her birth, Eliza and Erik’s baby girl was transferred to Children’s Benioff in Oakland, California, for gastric tube surgery to allow her to eat and an endoscopy to determine the size of her airway. Later, Bella had surgery to repair her soft palette.

Alluding to her now-19-month-old daughter, Eliza said: “Bella is our warrior and fighter. She did better than we did during and after her surgeries.”

Eliza also revealed that Bella took her first baby steps the day she was discharged from the hospital and since then has been walking nonstop.

The mother continued, “She is recovering from the surgery, as it takes six months for the palette to fully repair.”

Looking back on her daughter’s life so far, Eliza described the most challenging period of motherhood as the very beginning.

Hearing her story, people always question Eliza on how she does it all, to which she responds: “I have no other choice. I chose to provide my daughter the best future when I became pregnant, and her syndrome can’t determine otherwise.”

Describing her toddler’s bright persona, Eliza shared that the strong and resilient Bella is contagious and has an effect on everyone she meets.

For the loving mother, “watching her interact with the world is the most rewarding thus far.”

As of May 2020, Bella attends speech and occupational therapy, enjoys music classes alongside other children with hearing impairment, and takes part in an “early start intervention” program provided by her school district. “Bella has a very busy schedule and enjoys every part of it,” her mom confirmed.

“Have an Open Heart and Mind”

When asked by The Epoch Times whether she has a personal philosophy that helps her navigate through the tough times, Eliza replied, “I’ve always looked at life‘s challenges as a way to provide one strength.”

“My philosophy is to take it minute by minute and day by day,” she continued. “Dealing with everything as it comes, slowly, will provide a better outcome.”

In sharing hers and Bella’s story, Eliza wants others to know that Treacher Collins syndrome is not something that can be prevented. The condition affects only 1 in 50,000 to 60,000 children; of this number, only 30 percent of cases are hereditary, and a mutation causes the rest during the gestation period.

Eliza further urges others to talk openly and honestly about “difference.” The more we know, she says, the less we will judge.

“Different is okay,” Eliza reflected. “Life is beautiful because our world is colorful. I want people to have an open heart and mind. Life can feel so light if viewed differently.”