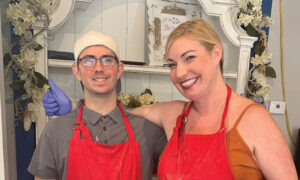 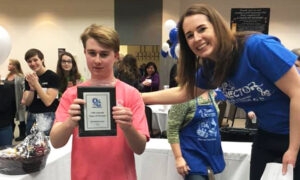 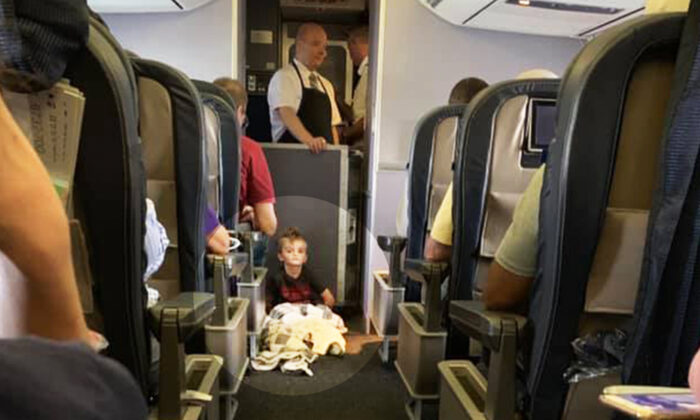 Mom Panics on Airplane When 4-Year-Old With Autism Has Meltdown, but Passengers, Crew Save the Day

In August 2019, Lori Gabriel and her then-4-year-old son Braysen were on a three-and-a-half-hour United Airlines flight from San Diego to Houston after a family vacation. Just before takeoff, however, Braysen, who is autistic, became overwhelmed.

Just before United Flight 2210 launched, Braysen, who usually loves to fly, fought his way out of his seat and wanted to sit on the floor.

“It was time for takeoff and Braysen had slipped out of his seatbelt and he wanted to sit on the floor,” Gabriel, of Magnolia, Texas, recounted to Fox News afterward. “So, we were trying to get him back into his chair and get his seatbelt back on, and that’s when he had his meltdown and started kicking, screaming and hitting.”

“I was waiting for people to start complaining,” Gabriel later told Today Parents. “I’m used to getting lots of dirty looks and comments.”

As she tried to return Braysen to his seat, a flight attendant approached and informed her that the flight couldn’t take off until her son was seated. Worrying they would be kicked off the plane, Gabriel apologized and explained that he is autistic.

Hearing Gabriel’s explanation, the flight attendant left and came back with two other crew members, who offered to help. “They allowed me to hold Braysen in my lap,” Gabriel shared.

Gabriel struggled to hold her son, who refused to sit in his chair. Unable to be restrained, the boy ended up sitting on the floor after the seatbelt sign was turned off.

As Braysen was relentless, the flight crew accommodated his needs and allowed him to sit where he pleased with his security blanket. The flight attendants also used trays rather than carts so the young boy would not have to get up.

During the flight, one male passenger sitting in first class befriended Braysen, even though he was “messing” with his seat. Later, the mother shared what had happened in a Facebook post, along with her thanks:

“To the man in first class seat 6C you rock thanks for playing with Braysen and not minding him kicking your seat or messing with you! He loved your high fives!”

Toward the end of the flight, a woman had hugged Gabriel and gave her a handwritten note of encouragement, which read:

“Do not ever let anyone make you feel as though you are an inconvenience or a burden. He is a blessing. God bless your patience, your love, your support and your strength. Continue to be a super woman.”

What could have been a humiliating experience, on top of what was already a stressful situation, turned into a meaningful encounter with several perfect strangers-turned-friends. The mom shared her appreciation to everyone who offered their understanding, not to mention the United Airlines crew, in her Facebook post.

“Huge thank you to United Airlines,” she wrote. “They accommodated his needs, made sure we were all ok, worked around where he chose to sit.”