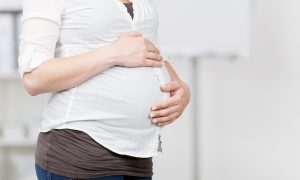 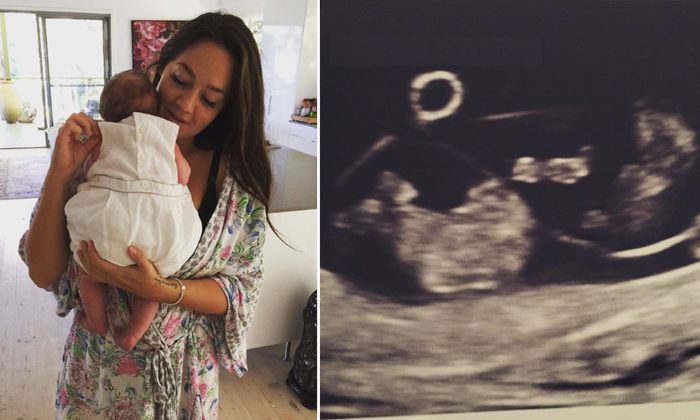 The mother from Sydney, Australia, was still breastfeeding her first child and never expected to become pregnant again so soon … but there was yet another big surprise in store for her.

Eliza Curby gave birth to her first baby, a beautiful girl named Charlie, in January 2016. Being in the throes of motherhood and totally in love with her baby, Eliza was completely unaware of the double surprise that was awaiting her. Just six weeks after Charlie’s birth, doctors announced to the mother that she should prepare for the pitter-patter of four more tiny feet. Eliza was pregnant again—with twins!

The LAM method works if your baby is younger than 6 months, breastfeeds around the clock, and if you aren’t yet having menstrual periods. LAM can be effective—fewer than 2 in 100 women become pregnant. Eliza never thought she would be one of those few women who become pregnant while breastfeeding!

”My doctor actually uses me as an example for couples when they say they don’t have any contraception plans in place after the birth of their child,” Eliza told MailOnline.

Eliza and her husband, Ben, couldn’t believe it. However, Eliza had a feeling she was pregnant, because she was feeling super exhausted after having Charlie. Speaking to news.com.au, the mom shared: “Everyone told me it was sleep deprivation catching up with me but I was not convinced—I remember looking at Ben and saying ‘I think I’m pregnant.’”

It turned out Eliza was spot on. Ben was astonished and never dreamed that Eliza would fall pregnant again. “When we found out Ben’s face just went white,” Eliza said.

Both Ben and Eliza thought that perhaps the doctor was mistaken or was new and not yet experienced. “Then I saw the obstetrician we had when I had Charlie and he confirmed it—I have never been so nervous in my life,” the mom recalled.

The result of the ultrasound was even a bigger surprise for the couple. “The technician seemed awkward and uncomfortable, before he finally said … ‘look it’s early days … but … I think there’s two,’” Eliza said.

Eliza and Ben have three babies to raise at the same time instead of only one! The mom was really excited to break the news to all her friends and family. She knew “they were going to be way more shocked than I was.” “We were going for round two!” she said.

“I say little as Ben’s idea of a family included two children—very nuclear indeed—I, on the other hand have always been set on having as many children as I can—nothing excites me more than the thought of walking through our local streets of Mona Vale with my own little clan,” Eliza told news.com.au.

Since Eliza’s tummy was too big to play with their firstborn, Charlie and her dad spent lots of time together, and now daddy is her favorite. Ben was taken by surprise at the sudden increase in family members, but he said he’s enjoying fatherhood and is grateful that Eliza and his kids are healthy.

With the arrival of Jack and Wolfe, Charlie has new twin siblings only a little younger than her! Needless to say, the big sister loves her fabulous little brothers. “Her hobbies include head butting them in an attempt to ‘give them a kiss’—trying to poke their eyes out, sticking her grubby little fingers in their mouths and just generally trying to attack them anytime I turn my head,” Eliza said.

Three babies in a year—that’s incredible! Now, Eliza drives a big mamma VW van, living her dream. Without a shadow of a doubt, holding two gorgeous newborn twins was an unexpected but welcome surprise for both Eliza and Ben.