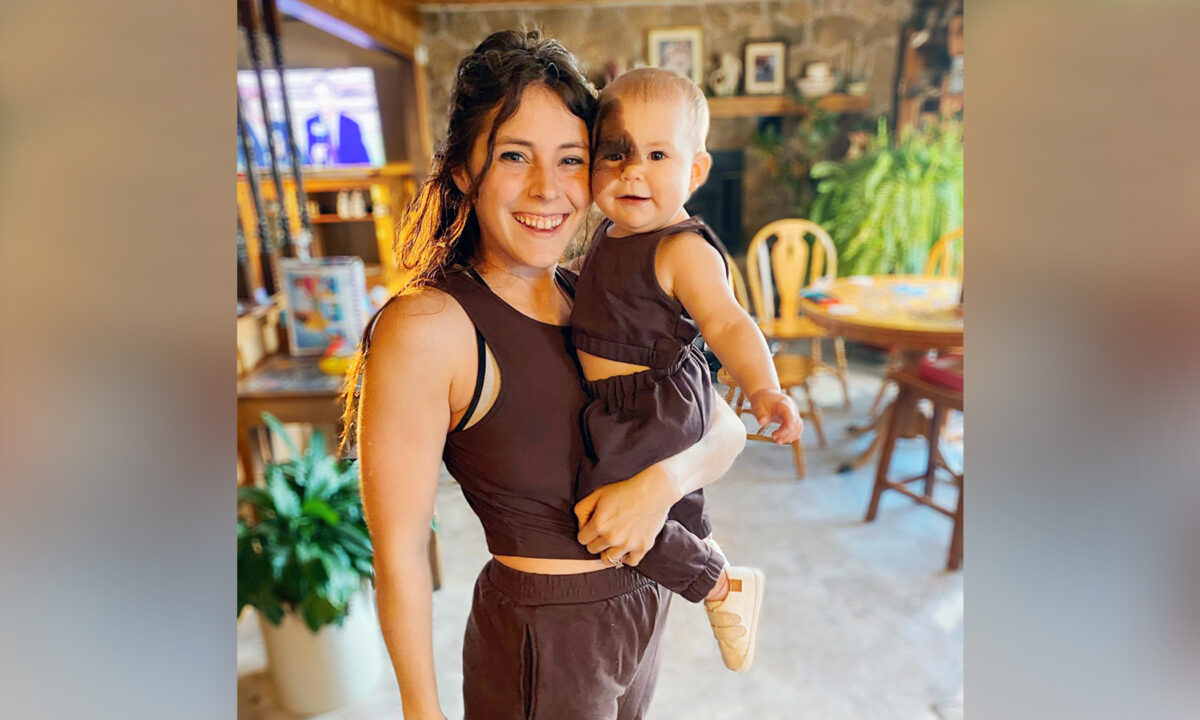 Mom Empowers Daughter Born With Rare Birthmark, and Shares Her Unique Beauty With the World

The mom of a toddler born with a rare birthmark covering almost half her face has been empowering her little girl. She has also been actively sharing about her daughter’s condition in hopes that the child doesn’t have to explain her whole life to others in the future.

Nicole Hall of Macon, Missouri, is a teacher. She spent the past two years at home raising her two children and finishing her master’s in education. Her youngest, 18-month-old Winry, was born in February 2021 with a distinct facial characteristic.

“I can’t imagine a much easier delivery, and I was so happy and excited to be holding her while they confirmed her vitals were clear,” 27-year-old Nicole told The Epoch Times. “After she’d nursed some, and I got a better look at her birthmark, my thoughts turned to being worried, as I wasn’t exactly sure what it was yet.”

Nicole and her husband had never seen a birthmark like their daughter’s before and didn’t even know that such a thing existed. However, as doctors and nurses didn’t give an indication of being worried, Nicole continued to snuggle Winry.

Later, in recovery, a pediatrician and dermatologist explained that Winry’s birthmark was a congenital melanocytic nevus (CMN)—a benign tumor-like malformation, composed of an abnormal mixture of skin elements, resulting from faulty development of pigment cell (melanocyte) precursors in the embryo—which should not present complications.

“A congenital melanocytic nevus is a lot of big words to say ‘a mole present at birth,'” Nicole said. “What makes Winry’s unique is its size (hers is classified as giant) and its location on her face. More commonly, individuals with a giant nevus have theirs on their torso.”

After tests gave an all-clear, Winry’s parents were relieved. They were happy to know that with some preventative care and monitoring, there would likely be no harm to her health.

However, Nicole and her husband were still worried a little about their daughter, as there were other things they needed to watch out for, such as bullies and what their daughter may think of herself growing up. But her parents’ worries were quickly overshadowed by life with their happy baby, who was no harder to raise than her older brother, Asher; apart from their needing to find the right lotions for her skin.

“We have the same challenges as every other parent with a young toddler running around!” Nicole said.

The mom-of-two says that while Winry is wonderful and unique, instead of elevating her daughter’s condition, she just wants it to be normalized.

One way of achieving this is through daily affirmations. Asher says his own—”I am smart, I am kind, I am brave. Mommy and Daddy love me, Jesus loves me”—while Nicole recites Winry’s for her.

“My hope is for her birthmark to simply be another part of her that’s as simple as describing what color eyes she has,” she explained. “I want to normalize it to her as much as possible, so someday, when people begin to ask her directly, she’s ready to answer herself.”

Nicole decided that another way to help normalize CMN was to share Winry’s story online. The proud mom shares photos of her beautiful daughter on social media and has recorded an information video to educate others. According to her, most challenges on the account often come due to ignorance.

“Some people choose to insist that she will encounter constant hardships because of the birthmark, and we very simply reply that we disagree,” Nicole said. “We are very confident in our belief that no one should have to change themselves because of ‘potential bullies’—it is the job of those children’s parents to teach them about how to treat other humans.”

Meanwhile, in person, a lot of people are very polite and just give compliments as they would to any child. The bravest questions about Winry’s birthmark come from other children.

“We simply tell them it’s a birthmark,” Nicole said. “If they still seem curious, we’ll ask them if they know what a freckle or a mole is, and relate it to that. Then they move on!”

Through social media, Nicole and her family have connected with other parents of children with CMN and built a community. It’s “an encouragement to keep sharing,” said Nicole, whose dream is for her daughter to grow up without having to explain her condition forever.

“We’re not so naive to think she will never have a hard day,” Nicole reflected, “but we believe in acknowledging our children’s differences and embracing them. We are teaching them how to be confident and proud of the humans they choose to be; hopefully, kind, smart, and compassionate to others, none of which have anything to do with her birthmark.”

Sharing more about Winry’s personality, Nicole said that she is already showing her sassy side, she can speak a handful of words, and “understands so much.” She loves music, dancing, and playing with water, and is held back by nothing, least of all her birthmark.

Nicole advises other parents, whether their children have a physical difference or not, to love on them as much as possible.

“Make sure you’re having conversations so they know you’re there to support them,” she said. “Help them be proud of themselves … make sure they see you being proud of them, and ask for help if you need it!”