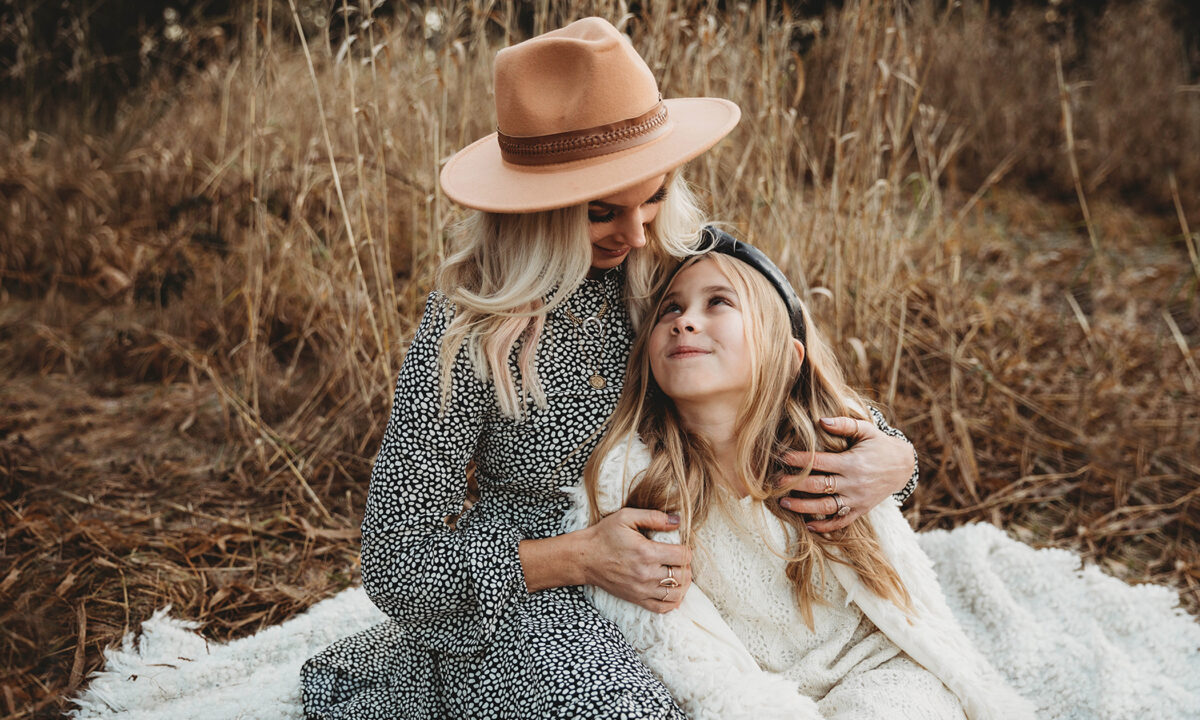 'The night before my appointment, God worked a miracle in my life.'
BY Louise Chambers TIMEMay 17, 2021 PRINT

A woman who once believed abortion was the only way to cope with her unplanned pregnancy changed her mind after a perceived sign from God.

As her daughter turns 10, proud mom Desiree Burgess Alford, of Black Diamond, Washington, says that her baby “wrecked” her life without a doubt, but wrecked it for the better.

Recently, Desiree took pause to share an emotional flashback into her story on social media.

“Sometimes our pain wrecks us for good,” Desiree wrote. “Who knew that this sweet angel would be exactly what I needed. She would be the inspiration behind my business and God would use her life to transform mine.”

Valentine’s Day 2011 was almost the day her unborn baby’s heart would have stopped beating as it was the day Desiree was scheduled for an abortion.

“I was a struggling single woman,” she wrote. “I was scared and decided to terminate my pregnancy.

“The night before my appointment, God worked a miracle in my life. Not a day goes by that I don’t think about all that I almost missed out on.”

Desiree became pregnant at 28—nine months sober after beating an alcohol addiction, yet without work. Devastated, she felt the pregnancy was yet another setback.

Raised in a church-going, conservative family, Desiree had “strong opinions” about abortion. Painfully conflicted at six weeks pregnant, she scheduled an abortion for a week and a half later, wanting to get it over with, reported Live Action News.

“Financially I was in a horrible place,” she told the pro-life organization. “I knew I’d be [parenting] solo, and that put a lot of pressure on me.”

Yet while her parents pledged their support for whatever their daughter chose, they felt Desiree needed more guidance.

“They were working behind the scenes, getting people to pray for me and setting things up to help me,” Desiree recalled.

When her Alcoholics Anonymous sponsor suggested she take a break to reflect before committing to a decision, Desiree headed out to her parents’ lake house. It was the day before the scheduled abortion, reported Live Action News.

Driving under clear blue skies, Desiree glanced heavenwards. “I told God that if I was supposed to keep this baby, He needed to send me a sign as clear as that sky,” she recalled.

Little did she know, two people were already at the lake house waiting to meet her. Desiree’s parents had invited a middle-aged couple to talk to Desiree about their own painful abortion experience shortly after getting married. Desiree listened willingly.

“They handed me an 8-week fetal model and they called me a mom for the first time,” she told the outlet.

The couple even offered to adopt Desiree’s baby.

Attending church that same evening, the signs mounted: the topic of the sermon was the “miracle of life.” Yet the biggest sign of all, for Desiree, was a voicemail from Planned Parenthood. Her appointment had been delayed by two days.

At that, Desiree changed her mind. “The pregnancy with my daughter Hartley was one of the most peaceful times of my life,” she said.

Finding peace in pregnancy, Desiree even resolved to cope with her solo parenting and financial worries.

When her daughter, Hartley, was born, she could barely imagine life being any other way.

“I thought that it was going to ruin my life,” she said, “and it was the exact opposite.”

Hartley even brought with her a brand-new business venture. After handcrafting headbands for her baby, interest grew, and Desiree started a business: Harts and Pearls. Through this work, she met her now-husband, Ron.

The business eventually became lucrative enough for Desiree to secure her first home.

“It felt like God’s answer to my dreams of staying home with my kids, like He was saying, ‘I’m taking care of you,” she told Live Action News.

Ten years on, Desiree is a thriving working mom, and still sober. Third grader, Hartley, is a chip off the old block: during the 2020 lockdown, she started a dog walking business named Harts and Tails.

Since building a decade of precious memories with her daughter, Desiree hopes that their story will inspire others to ask for advice, and listen to the answers.

“This sweet angel would be my only child I give birth to,” she wrote. “In the middle of my pain, I thought I had my entire life ahead of me and I’d have plenty of opportunities to have children … at a better time.

“I truly believe my life has been blessed not for me but to now help others that desperately need it like I once did.

“No matter your situation, God can, and will, use it for good.”