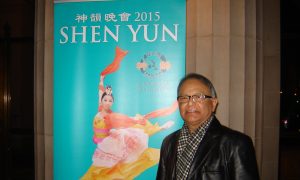 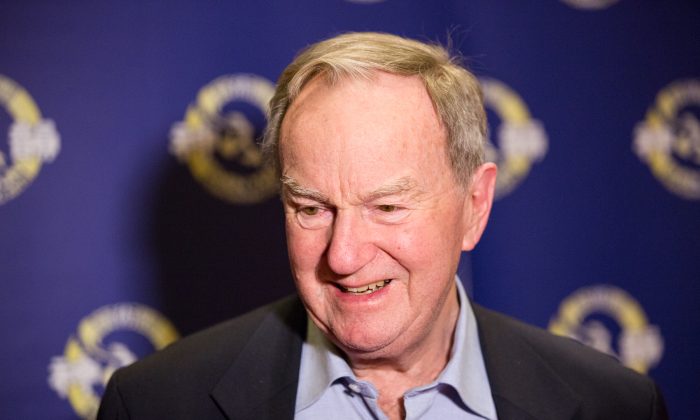 MONTREAL—The iconic Molson brand is as Canadian as it gets, and like Canada, it’s former chairman enjoys taking in the best of another culture from the other side of the world.

Former Molson CEO Eric Molson took in the sights and sounds from the bygone days of the legendary Middle Kingdom on Jan. 8.

New York-based Shen Yun is on a mission to revive 5,000 years of divinely-inspired Chinese culture: the rich culture of dynasties past, shaped by the three pillars of Buddhism, Daoism and Confucianism.

“Peace, love, beauty, all the things that you see and you hear [in Shen Yun] are very important to the whole world,” he said. “It is also very well presented so people understand it.”

Mr. Molson was part of the sixth generation to run the family business, and was chairman of Molson Coors Brewing Company before his retirement in 2009. One of Canada’s most iconic and best-selling beer brands, the Molson Brewery is among the largest in the world and remains Canada’s second oldest company.

Mr. Molson, also a member of the Order of Canada and former chancellor of Concordia University, was pleased that Shen Yun’s stories offered Canadians a unique cultural perspective.

“It is very interesting for us to see the background to the story behind each piece,” he said. “5,000 years in a few hours, it’s wonderful.”

Mrs. Molson was impressed with the talent and athleticism of the dancers. According to the Shen Yun website, classical Chinese dance is one of the most comprehensive and expressive dance systems in the world.

“I can’t believe how they must train to do what they do,” she said. “All with such precision, it’s beautiful. Really beautiful.”

The unique East-meets-West Shen Yun orchestra delighted Mr. Molson. The first of its kind in the world, a Western philharmonic orchestra plays the foundation of the scores while traditional Chinese instruments, such as the two-stringed erhu, lead the melodies.

“It is very good, I find it different, very attractive,” he said. “I can hear the variations there, and I like that a lot. The sounds are wonderful, and a good mixture.”

Mr. Molson also noted the harmony between the dancers, the music and the digital backdrops, which project scenes from China’s multifaceted regions and geography.

“I like the high-tech side of it where you have the backdrop coming in and the background colours are so nice,” he said. “It was all very well integrated.”

After the curtains closed, signalling the end of the performance Mr. Molson had some advice for his friends.

“Come and see it. Better see it,” he said. “Come and look and hear, because it is very good.”