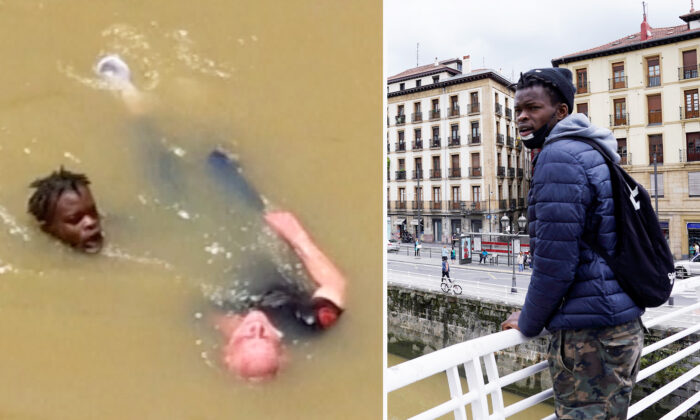 When a 72-year-old man fell unconscious and slipped into the River Nervion in the northern Spanish city of Bilbao, Mouhammad Fada Diouf, a Senegalese migrant, did not hesitate to step forward to help.

Diouf, 26, jumped into the river and, for 15 minutes, kept the man afloat. However, when his strength began to dwindle, other migrants jumped in to help him, and a nearby boat then rescued them all.

He told Reuters he was with a group of friends near the river on June 21 when they saw the man lose his balance and fall into the water, muddied by recent heavy rains.

“A lot of people were standing there and recording, and nobody was able to help him,” Diouf said. “He was in a bad situation so I decided to save him, to help him, because I know how to swim I knew that I could do it.”

Diouf came to Spain four years ago and makes a living weaving dreadlocks and doing various odd jobs. After the video of the rescue went viral, a request was opened in Change.org to reward his courageous act with legal papers to stay in Spain.

“A lot of them called me and said ‘we love what you did, you are a superhero, nothing more,'” he said.

The professional basketball team Bilbao Basket, where Diouf plays in a migrant integration program, praised him as a great role model.

“You are what we want to be,” the team said on Twitter.

Spanish immigration authorities could not immediately be reached for comment.