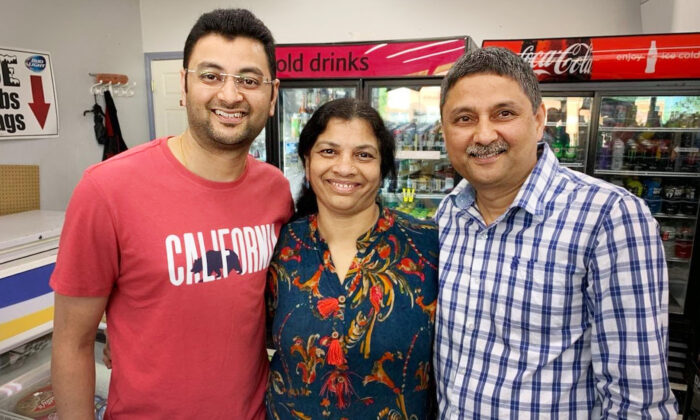 The customer, a frequent patron of Lucky Stop convenience store, had bought the ticket from Aruna Shah, the store owner’s wife. But the customer handed it back to be tossed out, assuming it was just another bust.

Ten days later, Abhi Shah, the owner’s son, went through the discarded tickets in the trash bin and noticed that the card had not been scratched.

“I scratched the number and it was one million dollars underneath the ticket,” Abhi told WWLP. Upon realizing the customer’s mistake, Abhi found himself on the fence, unable to decide whether to keep the winnings or return the ticket to the customer.

“I mean, I had one million dollars in my hand, and on the other hand I wanted to do something good,” Abhi told the station.

Uncertain, he consulted his parents in making the tough choice. They sat down and deliberated on what to do—not an easy decision with so much money.

Still unresolved, Abhi decided to consult his grandparents in India.

“He called my mom, grandparents in India, they said give it back we don’t want that money,” Maunish said.

The family, following the advice of their elders, handed the ticket back to customer Lea Rose Fiega when she returned to the store.

When she was handed the ticket worth $1 million, she was in shock.

“As soon as she came in, I hand her 1 million dollar ticket and she freaked out and cried like a baby,” Abhi said. “She sat down on the floor right here.”