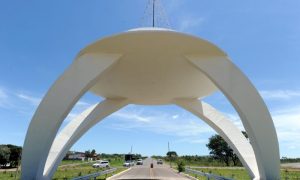 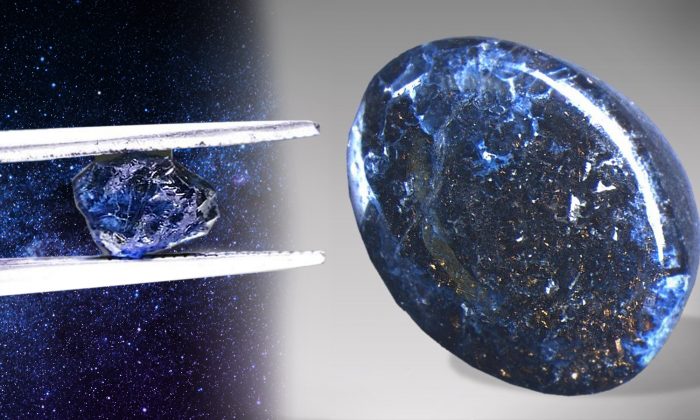 A new mineral on Earth, previously known to only exist in space, has been officially recognized, and it’s a rare gem indeed.

Israeli mining company Shefa Yamim unearthed the new material in the Zevulun Valley in northern Israel. It was said to closely resemble sapphire or ruby in its composition.

The company CEO, Abraham Taub, called the new stone “carmeltazite,” after the mountain where it was found, Mount Carmel, and the three metals it contains: titanium, aluminum, and zirconium.

Carmeltazite was also found to resemble another, rarer, mineral of extraterrestrial origin, allendeite, which was only seen on the Allende Meteorite that struck Earth on Feb. 8, 1969. This made the discovery a significant geological event.

There is an official list of new minerals that are discovered and documented, with up to 100 new substances added each year. They are recognized and recorded by the International Mineralogical Association. Most of these new substances are less than noteworthy in terms of spectacle, supply, and market value.

Carmeltazite is said to possess spectacular commercial potential, resembling other gemstones such as sapphires used in the jewelry industry. The material is also said to have a higher density than diamond and is far rarer than diamond.

Shefa Yamim has already trademarked the mineral to be marketed as “Carmel Sapphire,” and it is likely to be one of the most expensive gems in the world some time down the road.

It’s believed that the rare stones began their formation some 18 miles below the surface of the earth, Forbes reported, close to where the crust meets the mantle. There, high pressures and high heat created partially molten rocks, which released fluids, which reacted to form new minerals, such as carmeltazite.

Such materials could be quickly expelled to the surface through volcanic vents, along with other minerals, to create gemstone deposits such as the one being excavated by Shefa Yamim in the Zevulun Valley.

The new precious gem was found in black to blue-green or orange-brown colors with a metallic luster inside cracks and fissures of another mineral called corundum—similar to sapphire. The largest stone found so far was 33.3 carats.

The mining company was doing intensive work in the area, mainly searching for sapphires, when they came across the incredible new gem. The Zevulun Valley was known for its volcanic activity from the time of the cretaceous, some 65 million years ago, and is home to at least 14 different volcanic vents, making it a hotbed for hidden gemstones.

The spectacular new jewel has attracted significant international attention both for its rarity as well as for its novelty. The stone, once thought to be of extraterrestrial origin, could soon be worth far more than diamonds.