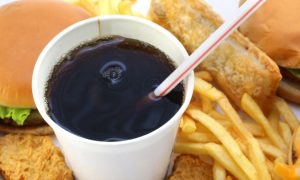 Turbo Tapping: How to Get Rid of Your Soda Addiction
0
Share Now
TelegramFacebookTweetEmailTellMeWeReddit
Copy Link
Good to Know

Mice Resist Cocaine If They Have Stuff to Do

Even a short time in a stimulating learning environment can rewire the brain’s reward system and buffer it against drug dependence, a new study with mice suggests.

The findings challenge the idea that addiction is hardwired in the brain.

Scientists tracked cocaine cravings in more than 70 adult male mice and found that rodents whose daily drill included exploration, learning, and finding hidden treats were less likely than their enrichment-deprived counterparts to seek solace in a chamber where they had been given cocaine.

“We have compelling behavioral evidence that self-directed exploration and learning altered their reward systems so that when cocaine was experienced it made less of an impact on their brain,” says Linda Wilbrecht, assistant professor of psychology and neuroscience at University of California, Berkeley and senior author of the new paper in Neuropharmacology.

By contrast, mice who were not intellectually challenged and/or whose activities and diets were restricted were eager to return to the quarters where they had been injected with cocaine for weeks on end.

“We know that mice living in deprived conditions show higher levels of drug-seeking behavior than those living in stimulating environments, and we sought to develop a brief intervention that would promote resilience in the deprived animals,” says study lead author Josiah Boivin, a PhD student in neuroscience at UC San Francisco who conducted the research at UC Berkeley as part of his thesis work.

Drug abuse and addiction rank among the world’s more costly, destructive, and seemingly insurmountable problems. Previous studies have found that poverty, trauma, mental illness, and other environmental and physiological stressors can alter the brain’s reward circuitry and make us more susceptible to substance abuse.

The good news about this latest study is that it offers scalable interventions against drug-seeking behaviors, albeit through evidence based on animal behavior.

“Our data are exciting because they suggest that positive learning experiences, through education or play in a structured environment, could sculpt and develop brain circuits to build resilience in at-risk individuals, and that even brief cognitive interventions may be somewhat protective and last a relatively long time,” Wilbrecht says.

Researchers compared the lure of drugs, specifically cocaine, in three sets of mice: The test or “trained” mice were put through a nine-day cognitive training program based on exploration, incentives, and rewards while their “yoked-to-trained” counterparts received rewards but no challenges. The “standard-housed” mice stayed in their home cages with restricted diets and activities.

For a few hours each day, the trained mice and yoked-to-trained mice were set loose in adjacent chambers. The trained mice were free to explore and engage in enrichment activities, which included digging up Honey Nut Cheerios in a pot of scented wood shavings. The exercise kept them on their toes because the rules for how to find the treats would change on a regular basis.

Meanwhile, their yoked-to-trained counterparts received a Honey Nut Cheerio each time their trained partner hit the jackpot, but did not have to work for it. As for the standard-housed mice, they remained in their cages without enrichment opportunities or Honey Nut Cheerios. After the cognitive training phase of the experiment, all three sets of mice remained in their cages for a month.

Next, the mice were set loose, one by one, to explore two adjoining chambers in a plexiglass box, which differed from one another in smell, texture, and pattern. The researchers recorded which chamber each mouse preferred and then set about changing their preference by giving them cocaine in the chamber that they had repeatedly not favored.

For the drug-seeking test, the mice received mock injections, and were freed to explore both chambers for 20 minutes, using the open doorway to scamper back and forth. At first, all the mice overwhelmingly returned to the chamber where they had presumably enjoyed the cocaine.

But in subsequent weekly drug-seeking tests, the mice who had received cognitive training showed less preference for the chamber where they had been high on cocaine. And that pattern continued.

“Overall, the data suggest that deprivation may confer vulnerability to drug seeking behavior and that brief interventions may promote long-term resilience,” Wilbrecht says.

Denise Piscopo, an assistant professor at the University of Oregon and former member of Wilbrecht’s lab, is the third coauthor of the paper.