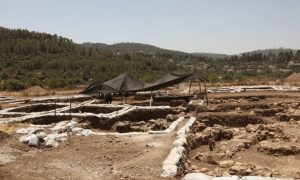 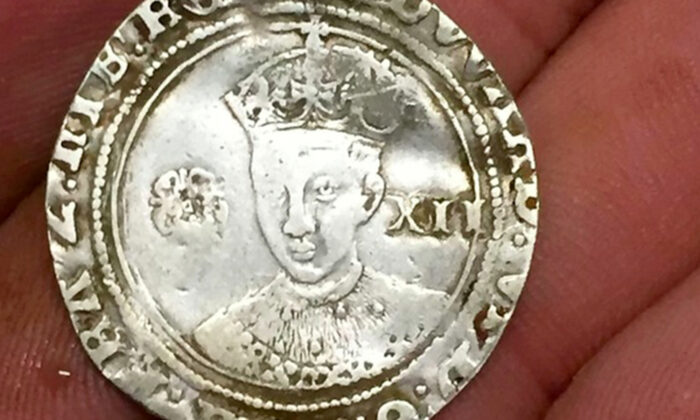 A metal detectorist was looking for a friend’s lost wedding ring but instead discovered a haul of gold coins worth an estimate of 100,000 pounds (approx. US$131,074).

Upon unearthing the hoard of gold coins, he shouted “yee-ha—there’s a [expletive] fortune here!”

Paul Raynard, 44, a businessman, screamed “‘there’s millions—’this is the moment we dreamed of!” to his best friend, Michael Gwynne, 52, when he realized the scale of the find.

Paul “broke down in tears” when he stumbled across his very own pot of gold—a cluster of 84 coins in a field near Ballycastle, Northern Ireland. Stunned Paul and Michael found the coins—dating back to the 1500s—whilst looking for the wedding ring a farmer friend had lost in his field.

Unfortunately, the pair failed to find the ring but instead ended up digging a horseshoe and a 5p coin. After just 90 minutes of searching, they found the collection of coins.

Lighting engineer Paul said experts have told him it could be the biggest haul ever found in Ireland and worth hundreds of thousands of pounds. Just one piece of the hoard—an ultra-rare Henry VIII coin, which was dated 1512 when he was the king—is estimated to be worth 5,000 pounds (approx. US$ 6,500) on its own.

Video footage of the moment Paul found the underground treasure shows him pulling out muddy coin after coin from beneath the soil. He then beamed at Michael, who was holding a phone, and struggled to contain his excitement.

Paul, a father of two from Keighley, Yorkshire, said: “I jumped up and down and ran down the field in tears to find Michael.

“It’s something I have dreamed of finding since I was a kid. It was an amazing feeling. It’s like checking your lottery numbers and realizing you’ve hit the jackpot.

“I saw one or two coins at first but had no idea of the size of the hoard to begin with.

“I went to fetch Michael who was across the field so we could share the moment together. I was shaking, I still can’t believe it now.”

Paul and Michael were in Northern Ireland for a short holiday when their friend recruited them to help find his missing wedding ring on Oct. 29, 2019.

The coins have been sent to Ulster Museum for official identification and valuation by a team of experts. It will take several months for the 84 coins to be valued in full; however, Paul has said other experts have told him the whole hoard could be worth more than 100,000 pounds (approx. US$131,074).

Many of the other 84 coins could fetch hundreds of pounds apiece if auctioned off. Paul also mentioned that he and his business partner, Michael, usually study old maps looking out for signs of ancient settlements or battlegrounds where hoards may be buried.

He said: “We had just come back from a busy business trip to China and Michael said he knew of a nice little place we could go to in Ireland for us to take our detectors.

“But we only went to that field to try to find his mate’s wedding ring. He lost it and reckons it could be in the field somewhere.

“We didn’t find the ring and had only been there a couple of hours when we found the coins.

“I dug a small hole and there they were. I just could not believe it.”

Paul has been interested in metal detecting since he was 7 years old when his parents bought him a treasure island book as a present. However, he only took his hobby seriously when he turned 35 and purchased a 600 pound (approx. US$785) metal detector, capable of picking up gold and silver items buried up to 4 feet below ground.

This discovery is Paul’s most significant find, and he has described it as a “once-in-a-lifetime” discovery.

Paul said: “I’ve since found out it’s the biggest ever hoard to be found in Ireland.

“I’ve handed them all over to the museum to be properly identified and valued. It will take several months for that to happen.”

The value of the coins will be split equally between Paul and the landowner if they choose to sell the hoard on for cash following the completion of the valuation process.