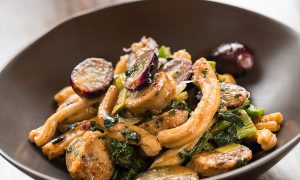 Pastai: The Taste of Italian Memories
0 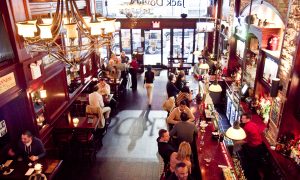 Jack Doyle's: In a League of Its Own
0 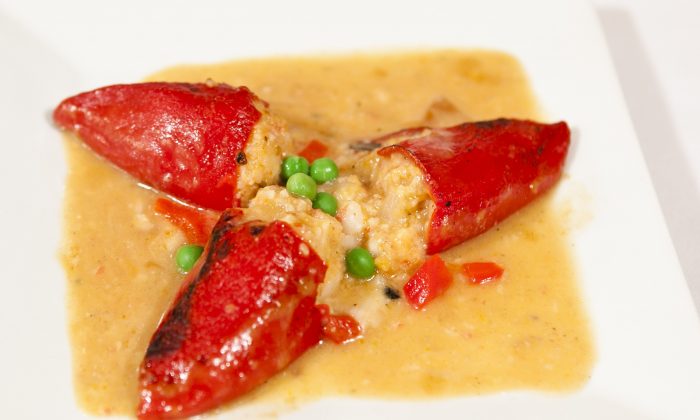 Here in the United States, Spanish cuisine is lesser known than its Italian or French neighbors, but well worth exploring.

Case in point: This year, it was a Spanish restaurant, El Celler de Can Roca, that edged Noma out of the No. 1 spot for best restaurant in the world. Another two Spanish restaurants snatched spots among the top 10. Singular and creative as the execution and presentation are at these restaurants, at the heart of it, Spanish cuisine draws heavily on excellent local ingredients—and super minimalist cooking that lets their taste shine through.

Closer to home, in Hell’s Kitchen, Meson Sevilla is a delightful restaurant now under three generations of a Spanish family. Adolfo Perez, the owner, is a man of many talents—you can see some of his medals from the 39 marathons he has run on the wall. Perez was one of the pioneers of tapas in the city, at a time where no one knew if they would really take off. But look around these days and you can find “tapas” of every ilk, including Asian tapas.

Part of the appeal of tapas is getting to taste a diversity of different dishes, but it also, “caters to the health conscious. You can literally order a tapa or two and be content,” says Adolfo Perez Alvarez, Perez’s son, general manager, and the evening’s host.

Traditionally, eating tapas in Spain is a social past-time. Different bars would be known for being the best for different best types of tapas, so you would spend the evening tapas bar-hopping, searching out for the best meatballs, ham, and sardines, with drinks and strolls in between (only fitting, as the Spanish are masters at the recreational stroll or “paseo”). Tapas in Spain are also priced very economically, so it’s a reasonably cheap way to have a night out.

It’s not easy to replicate Spanish tapas bar-hopping here, but Meson Sevilla conveniently offers what is most likely the largest selection of tapas in the city. The list is long and ties together different specialties of Spain. The size of the tapas is generous, too.

We started with the Pimientos de Piquillo, a beautifully presented dish, which was a feast for the eyes—bright red peppers with a real pop of color, filled with crabmeat. The sweet peppers were roasted to perfection, very moist, and their sweetness complemented the savory filling wonderfully.

Then came a plate of the jamon serrano, olives, manchego cheese, and quince paste, or membrilla. The contrast of savory and sweet was well played here too, from the different textures and degrees of savoriness against the sweetness of the membrilla. The ingredients were all top-notch in quality, and the flavors just fantastic.

The jamon serrano (or cured ham) in particular is worth noting: here it’s cut by hand, as Alvarez demonstrated.

“It makes a huge difference. Most places you go to nowadays will have ham pre-cut from a machine. When it’s [cut] by machine, it’s a ham that has no bones, so you’re missing out all the nuances from the top of the leg to the hoof, all those nuances.” A properly cut ham, he adds, has parts from all the three regions of the leg: the main part in the center, then the drier part at the end, and then closer to where the hoof is, where “there is a lot of marbleization, so it has that buttery texture, that fat mixed in with the meat. You’re not having one exact flavor.”

Alvarez speaks with a lot of passion about authentic and traditional Spanish cuisine, and you can’t help but get pulled in by his enthusiasm. “We like to be as traditional as possible. We get all our oils, our cured meats, our cheeses, olives [from Spain], whatever we can, and still maintain a reasonably priced menu.”

The tapas then started arriving. The first dish was the Octopus a la Gallega. It’s a dish from Galicia, a northwestern province of Spain that bears a stronger resemblance to the green British Isles (including an affinity to bagpipes) than to the sun-drenched Costa Brava (incidentally mobbed by the Brits during vacation time). I actually ate this in Melide, a town in Galicia, known for its octopus, and had not touched octopus since—let’s just say it wasn’t a good experience.

So I viewed the octopus on my plate with some dread. But I did try it—and it was a revelation. Tender, simply seasoned with pimenton, sea salt, and olive oil, it was delicious and likely the way it should have been back in Spain.

Alvarez knows exactly which town I am talking about and tells me I was probably eating at a tourist trap. The best Spanish food, he says, is best experienced off the beaten road, out of the cities, and in the small villages and countryside. And yet, oddly enough, it’s a restaurant in New York City that’s redeeming octopus for me. Meson Sevilla imports its octopus from Spain—Spain and Portugal being the best sources for octopus, Alvarez says.

The Chorizo al Vino Tinto is fragrant of red wine. Cooked in Rioja, the chorizo has a spicy kick. It’s the wine that brings out the spiciness, says Alvarez. It’s a wonderful use of the famed Rioja wine. I would have normally thought of having the two, chorizo and wine, separately, but the flavors melding together in this dish are even better.

As far as tapas, here, Meson Sevilla is well-known for its Pulpo a la Gallega, but among other popular dishes are the ham croquettes, lamp chops (not a common tapa offering here in New York, they come sizzling on a platter), and garlic shrimp (a staple). For the vegetable-inclined, there are quite a number of offerings—from grilled asparagus to Patatas Bravas (spicy cubes of potatoes), though I think the omnivores among us will get the best out of the tapas menu.

Tapas are social; they’re all about sharing. One recommendation Alvarez has for a group is to order three tapa dishes (as I mentioned, they are large here) and a paella dish to share.

We had the Paella Marinera, with clams, mussels, shrimp, and scallops in saffron rice. Paella is a specialty from Valencia, an area of Spain known for the high quality of the rice. True to Spanish cuisine, the flavors of each type of seafood came through, tied together by the moist saffron rice.

Entering Meson Sevilla, it’s the intimate bar area that first greets you. Here you can grab a drink and a pincho (smaller than the tapa, and comes with the drink). Given there are not that many Spanish restaurants in town, this is an area where Spanish expats congregate to catch soccer games. So the walls have some memento of when Spain won the World Cup in 2010, alongside photos of celebrities who frequent the restaurant (including the late Jack Palance).

The dining area is to the left, comfortable and pleasant, with pastel walls and dark carpeting, but it has a bit of a tired feel. Alvarez said he is thinking of remodeling, and that would be a definite plus. There are paintings, copper pots as decorations, and the music level is nice and low, where you can have a conversation with your dinner partners without having to raise your voice.

The service is warm and friendly. Hanging out with Alvarez, talking about Spanish food, traveling, and life in general was great—he grew up between Spain and the U.S., and when he’s not managing the family restaurant, he teaches English as a second language to adults, something he thoroughly enjoys. If you have the chance to get him as your host, you’ll enjoy Meson Sevilla even more.