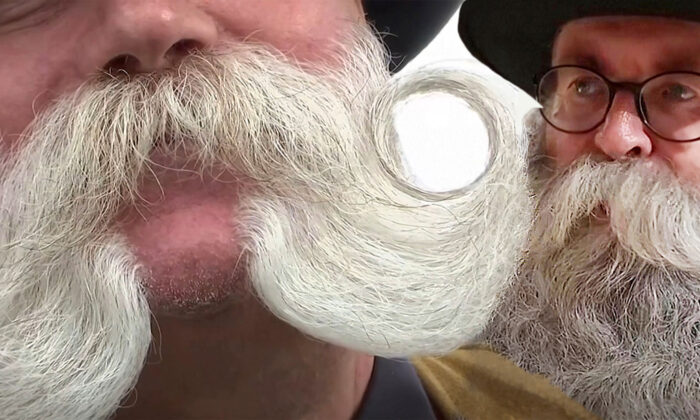 Around 100 proud beard wearers came together for the Beard Olympics and the German Beard Championships to compete with each other in categories such as “Moustache Dali,” “Whiskers Freestyle,” and “Full Beard Natural with Styled Upper Lip.”

“The Beard Olympics is international, so participants from all countries can take part. The German Championship is only for German citizens or beard wearers who are members of a German beard club,” Willi Preuss, outgoing president of the East Bavarian Beard and Moustache Club, explained of the two distinct contests.

Ralf Schulz, winner in the category “Moustache imperial,” has been wearing his beard for seven years now and is a regular contestant in beard competitions.

His competitor Karl Moosberger wasn’t as lucky with his beard. “My hair is not so good for such a super beard, because mine doesn’t grow that fast. There are beards that grow much better and then you can shape them much better,” he said.

Apart from good hair growth, it is all about shaping and grooming, beard wearer and future president of the east Bavarian Beard and Moustache Club Christian Feicht knows. His secret for hold and shape is simple: hairspray and hairdryer.

Once well styled, it was then up to the jury of hairdressers and barbers to present their moustaches and beards, so they could finally crown the champions of the year.