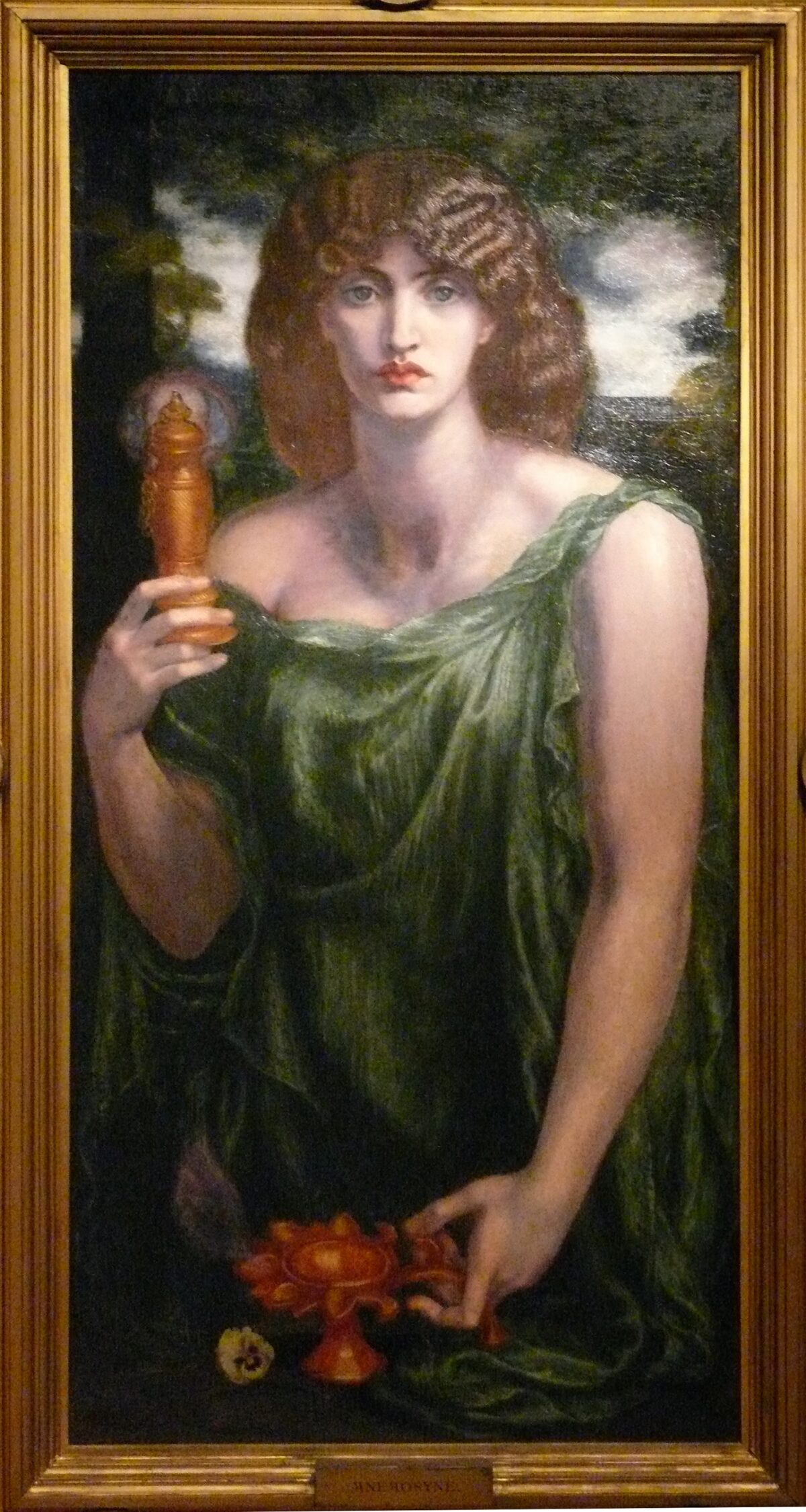 Memory and the Arts

Mnemosyne reminds us of what is good, true, and beautiful
BY James Sale
TIMESeptember 22, 2021

The Greek myths are full of insightful and explanatory details that help us understand not only how to conduct ourselves in this world, but also about how things came to be and how things work. This latter point—how things work—is really important if we want to achieve anything. As we know, success and achievement can be very fleeting. The individuals whom the world lauds today, so often become the villains of tomorrow or worse: the forgotten ones.

Politically, it would be easy to list dozens of forgotten and inconsequential statesmen who were highly acclaimed in their time. But take poetry, not politics. Who remembers now Thomas Watson, who was THE poet and sonneteer of Elizabethan England? And Albertinus Mussatus, a contemporary of Dante? According to Swiss historian of art and culture Jacob Burckhardt, Mussatus, “crowned poet at Padua by bishop and rector, enjoyed a fame which fell little short of deification”! Poor Dante never achieved the laurel he sought—at least, not in his lifetime.

And this is the point: Who do we remember, and what is the role of memory in all of this?

According to the ancient Greeks, memory has a very big role to play, not only in the act of remembering, but also in the creation of all art forms. Rather than, perhaps, the modern view that might see memory as some sort of passive function of the mind (similar to a hard drive on which we store data), memory has primeval powers, which are essential for our well-being, health, and creative capabilities.

Mnemosyne, in Greek mythology, is the goddess of memory, but to say she is a goddess is a misnomer because she is actually a Titaness, or female Titan. Titans were and are older than the Greek gods and existed before them. Indeed, it was Zeus leading the revolt against his own father, the Titan Kronos, which upset the cosmic apple cart and led directly to the rule of the Olympian gods.

But unlike her male counterparts and siblings, Mnemosyne was never overthrown. Indeed, she subsequently spent nine nights in Zeus’s bed (in some traditions, this becomes Apollo’s bed) and gave birth to the nine Muses through him.

As a Titaness, Mnemosyne was the daughter of Uranus (Heaven) and Gaea (Earth). Given this lineage, it is not surprising to learn that Titans had three qualities they all shared. One was immortality—they could be defeated but not destroyed. Another was superhuman energy and power—hence the word, “titanic.” And finally, according to French philosopher Luc Ferry in his book “The Wisdom of the Myths,” they also had “consummate beauty … terrifying and fascinating … born in the depths of the earth … close to the primordial chaos from which Gaea herself emerged.”

Then, it is clear that art itself—poetry, music, pictorial art, dance, drama, and more besides—each of which has some specific, operative Muse behind it, has, too, as its point of origin or mother, memory. And this mother is “close to the primordial chaos” from which her own mother, Gaea, sprang. And lest we forget, Mnemosyne is characterized by that superhuman energy and power, as well as terrifying, fascinating beauty; and, of course, immortality—the eternal nature of memory.

This eternal nature is forward- as well as backward-looking. In his book “The White Goddess,” the poet Robert Graves talks of “memory of the future” too. Indeed, Mnemosyne has complete control of all memories that have ever or will ever occur, including the memories of the dead. This is how the dead are able to subsist in their Greek-style afterlife in Hades: Their spirits—their “shades”—can remember, sometimes tragically (as, say, Achilles reflects in the “Odyssey”), their former life and experiences. Without Mnemosyne, there could be no meaningful afterlife, for without memory, no individual could be held accountable for what they had done in this life.

We have a situation, then, in which we could use Chinese terminology to account for the creation of art and poetry: The yang, or masculine principle of the supreme god of light and thunderbolts (Zeus), meets the yin, which is the feminine principle of energy and dazzling beauty (Mnemosyne). But this dazzling beauty that the Titaness represents is what we take for granted. It’s our old, humdrum memory.

Looking to the Best Times

And here’s the point: Mnemosyne, or memory, draws us back to “first things.” “First things” point to what has gone before; they influence us to consider earlier sources. Part of the reason for this is that the earlier sources—contrary to what the modern world believes with its simplistic notions of “progress”—are better, that is to say, stronger, more beautiful, more accomplished. This is a truism in most cultures, especially the Greek, whereby the world had a Golden Age; and this passed, with each succeeding age—Silver, Bronze, Iron—to become more corrupt and decadent.

A simple example of the power of “first things”—that is, things that come before and which memory can recall—is shown when we talk of role models. For example, these can be our parents, grandparents, teachers, artistic or scientific greats, and so on. Many, if not most, of these people have gone before us, yet when we recall their examples and imitate them, we derive massive strength from the process.

Indeed, it is difficult to see how anything great could be achieved without memory recalling the past. Remember Alexander the Great? His great role model was Homer’s Achilles, and Alexander went on to conquer the known world at that time. Julius Caesar looked back to Alexander the Great, and when he reached the age of 30, he wept because he hadn’t conquered the world as Alexander had.

Disavowing the Past and Memory

Perhaps this may seem somewhat academic: talking of a Titaness whom few “remember” or know about. But her relevance today could hardly be clearer. Unfortunately, Ezra Pound, an extremely influential poet (most of whose poetry might charitably be described as incomprehensible), defined in the early 20th century one of the guiding principles of all modernist art. He said, “make it new.”

In other words, Pound said to forget the past and turn our backs on tradition, ignore the achievements of the greats who came before, and be original by intellectually fiddling with language. He suggested negating memory. This could be said of every other modernist art form. The result? Create elitist products that no ordinary person wants to read (or view or listen to). Then, in a coup de grâce of irony, because they have abandoned all rules, modernists call this kind of art democratic and empowering.

The recipes of modernism have had a hundred years or so to flower, and they have largely produced non-art. The reason is clear: They have no memory of what went before, which, at its best, was good, true, and beautiful.

Of all things that the greats before had, preeminently—we remember—they had form. We remember these forms: the forms of Homer, Virgil, Dante, Spenser, Shakespeare, and others we could name. If we are to have art—poetry—that will be remembered in the future, then we all now need to remember the art that has gone before us, and its forms, rather than denouncing or deconstructing form to irrelevance.

If we could but remember Mnemosyne now, we should bring to life again all of her primeval energy and beauty. To be clear, our civilization depends on remembering all that is great—the good, true, and beautiful—from what went before, not trashing it and believing forlornly that we can create from the rubble of our own ideas.

James Sale
Follow
James Sale has had over 50 books published, most recently, “Mapping Motivation for Top Performing Teams” (Routledge, 2021). He has been nominated for the 2022 poetry Pushcart Prize, won first prize in The Society of Classical Poets 2017 annual competition, performing in New York in 2019. His most recent poetry collection is “HellWard.” For more information about the author, and about his Dante project, visit EnglishCantos.home.blog
SHARE
EmailCopyFacebookTweet
You May Also Like 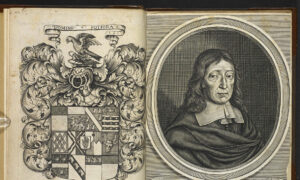 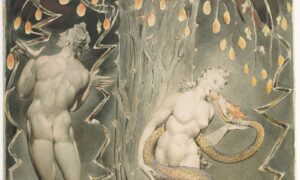 BooksBy James Sale
Milton and the Sublime, Part 2: The Power of ‘Paradise Lost’ to Astonish
07-20-2021
sharecomments 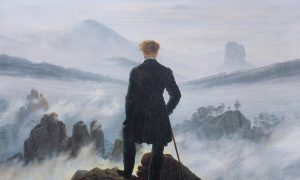