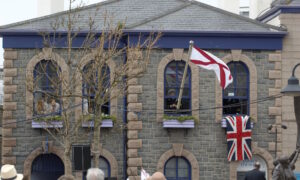 75 Years On, Remembering the Liberation of Jersey
0 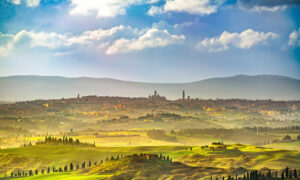 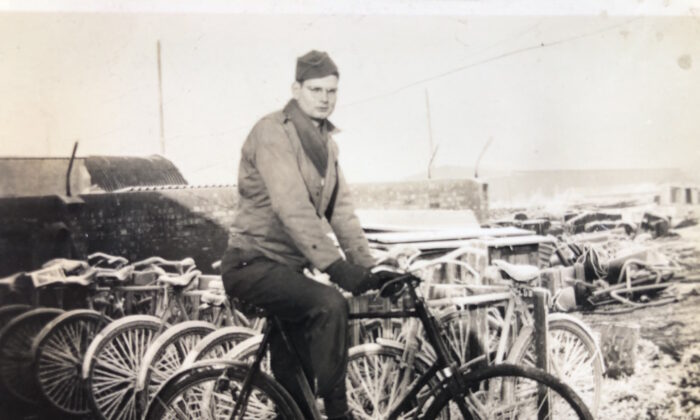 Memorials Are More Than Stones

I squinted at the stone memorial in the bright sun, trying to hold back my hair as the wind blew it around my face. My husband, daughter, and I had just pulled up to a small green building located behind the Thurleigh Airfield in Bedford, England.

Aside from the memorial I saw in the corner of the fenced lot, the field was empty.

But that small marker was why we had come; why we had driven out of our way from the Cotswolds to my grandmother’s house in Kent to see it. This plaque, which read, “Always First: First U.S.A.A.F. Unit Over Germany,” was the physical remnant of the stories my husband had grown up hearing about his grandfather’s service in the war.

Andrew’s grandfather, Edmund “Ted” Deeter, served as an accountant in the 306th Bomb Group, known as the “Reich Wreckers,” during World War II. In 1943, at the age of 22, Ted left his country for the first time to sail across the ocean on a military ship that slept people five high in bunks. He was stationed in Bedford for the next two years, where he experienced homesickness, victories, and deep personal losses.

Ted was a lover of history, and as Andrew grew up, he would take him to places such as Gettysburg and Valley Forge. He passed on to my husband his love of George Washington, the American Revolution, and the Civil War. Ted loved to visit statues and memorials, to honor the places that paid tribute to those who had given to their country.

I met Ted when I was in college. After finding out my family was from England, he talked animatedly with me about cups of tea, double-decker buses, and the smell of the sea. I asked him if he would ever want to go back to Bedford. That’s when I found out no one in his family had seen the place where he was stationed; the man who loved to visit memorials where history was made hadn’t visited his own.

Ted had a tag on his license plate that referenced his time in the 306th Bomb Group. A few years before our trip, we came across letters that he had written to his mother during his time overseas, talking about the rations and the food he missed from home. Before his death, he and one of his sons had traveled to England, but Ted, like so many other soldiers, wasn’t emotionally ready to revisit the place where he had watched so many friends leave on a mission and not return.

I’ve walked past memorials my whole life. I’ve had picnics next to them, I’ve used them as a meeting place, I’ve walked by them and thought they were interesting. But I wasn’t prepared for the way it would feel when you know the person for whom the memorial was erected.

The meaning changes entirely when the memorial is personal.

When I stood at this memorial that honors the 306th Bomb Group, one of its members being the man who played a vital role in my husband’s life, that stone became a touchpoint of our family’s story.

Memorials are a testament to the power of a place. The Thurleigh Airfield and its surrounding area looked entirely different than it had in the 1940s, but the memorial was a marker for who had been there, and what they had given. I looked around the green lawn wondering, how many memories were stored up here? How many people were changed because of their time at this airfield?

“It’s so far from home,” Andrew said, after he had stared at the memorial for a solid two minutes. I understood what he meant. We live in the same small town in Pennsylvania where his grandfather grew up. Most of his family has stayed in that area. To imagine his grandfather so far away from anything familiar at such a young age, fighting a war against a tyrannical power gave us a new insight into what so many men and women were willing to give up.

Since that day in the airfield, I look at memorials differently. I understand that they are place markers, but that to somebody, they are also deeply personal. They are a way honoring the value of a person’s life, of thanking them for what they were willing to give up.

While Ted never saw the tribute to the 306th Bomb Group in person, it made Andrew and me so proud to know that it was there. The memorial honored the deep, painful sacrifice Ted chose to make for his country, and it honored the person he became after the war—the kind, thoughtful, family-oriented man he remained his whole life.

The memorial was a tangible testament to what we already knew: Edmund M. Deeter Jr. and the rest of the 306th Bomb Group lived those years with bravery and persistence, and our world today is better because of it.