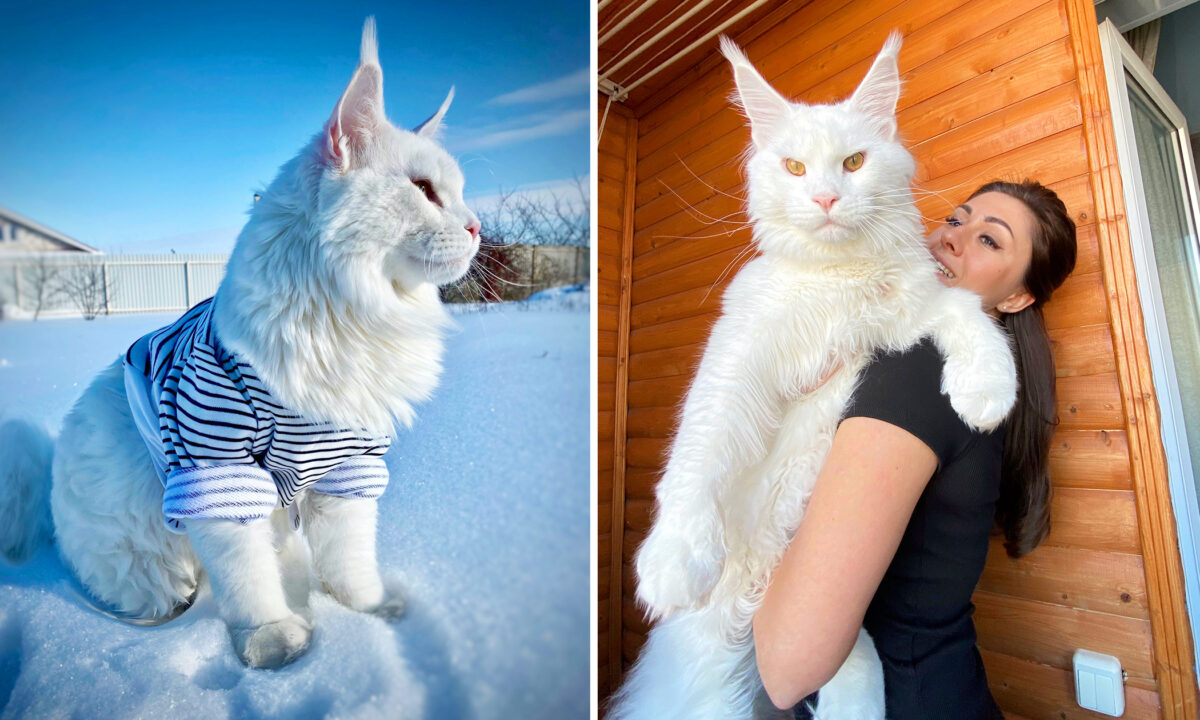 A Maine coon living in Russia is so massive that people mistake it to be a dog.

Meet Kefir, an oversized feline that is on its way to becoming the world’s largest cat.

The oversized kitten, who weighs a whopping 12.5 kilograms (27 pounds), belongs to Yulia Minina, who lives in the small Russian town of Stary Oskol.

At less than 2 years old, Kefir has already crossed the average adult weight for his breed and it’s believed he’s only going to get bigger until roughly the age of 3–4 years old.

Yulia bought Kefir—named after a milky drink—as a small kitten from a cattery after she fell in love with his striking snow-white fur, as reported by The Metro.

According to Yulia, Kefir refused to consume dry food and is thus fed meat and natural feed.

When Yulia first met Kefir she couldn’t believe that he would grow so big.

“He not only grew up big in appearance, he is also very smart and always behaves calmly,” Yulia said of Kefir’s personality. “The look is generally like that of a person, and Kefir has a formidable appearance, but he is a very affectionate and modest child.”

Although he is mistaken to be a dog by family, friends, and netizens, Kefir proves that he is a sweet and gentle kitty with his purrs and cuddles.

“He willingly allows himself to be stroked,” Yulia explained.

Unaware of his own physique, Kefir has “one more habit,” said Yulia. “At night, he likes to climb on me and sleep. When he was a kitten, it didn’t cause me any inconvenience. But now he has become big and heavy, and, of course, it is difficult to sleep like that.”

Yulia strongly believes that Kefir will only grow bigger in the years to come.

While documenting Kefir’s life on TikTok, she is often questioned if he is really that big, to which she replies: “I don’t use Photoshop.”