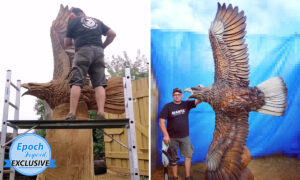 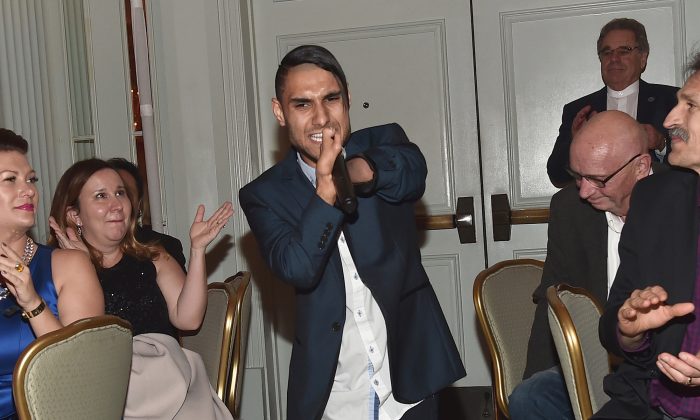 Emmanuel Kelly’s is a heart-wrenching story.

Emmanuel was abandoned in a shoebox by his mother as a baby in war-torn Iraq. He was discovered by nuns and brought to an orphanage, and there he met another little boy, Ahmed, whom he quickly considered his brother. Both boys were born with severely underdeveloped limbs owing to the devastating effects of chemical warfare, but today, the brothers are a testament to how love can triumph over adversity.

Emmanuel is even making a name for himself in the entertainment industry. His dream? To become the “first differently abled pop star.”

Describing his time in the orphanage, Emmanuel shared: “We’d hear shots, noises we didn’t understand.” The brothers endured the terrors of warfare for seven long years, but then everything changed. “It was like looking at an angel,” he continued, “when Mom walked through the orphanage door.”

The brothers’ life in the orphanage was over; in 1998, Emmanuel and Ahmed met Moira Therese Kelly at the Mother Teresa Orphanage in Baghdad. Moira, a renowned humanitarian, traveled with the brothers to her home in Australia so that they could get medical treatment.

According to Billboard, Emmanuel underwent eight life-changing surgeries that allowed him to pursue the life skills he so desperately wanted and needed. Over time, the teen learned to walk, dress and feed himself, and even drive a vehicle. “When I was in Iraq, I would sing,” Emmanuel told the entertainment magazine, “and I would use, I guess, the gift that was given to me as a tool to escape from the war.”

However, Emmanuel and Ahmed’s journey to Australia with Moira ended up reaping much more than medical care; Moira fell completely in love with the boys and adopted them. With Moira’s love and encouragement, both teens flourished.

Ahmed, a quadruple amputee, became an exceptional swimmer and represented Australia at the 2012 Summer Paralympics. Emmanuel, with his gift of equally impressive proportions, became a professional singer, even auditioning for The X Factor in 2011 when he was only 17 years old.

“My hero would have to be my mother,” Emmanuel told the cameras backstage. “With my mother and with my brother, I believe I can do this.” The brave entertainer performed a moving rendition of John Lennon’s “Imagine,” and the entire auditorium was stunned into silence. Many were moved to tears.

“I don’t think I’ve ever, ever been moved as much as I was by that performance,” an awestruck Ronan Keating shared with the teenage singer after his performance on the X Factor stage, and that was only the beginning. The burgeoning pop star was noticed by someone pretty huge in the industry: Chris Martin of Coldplay.

Emmanuel, to his delight, was invited to sing with the pop music behemoth at Univision’s Teleton event on March 23, 2018. The event raised much more than funds for disadvantaged and differently abled children, as well as for cancer research; it provided Emmanuel with a mentor.

Coldplay’s Chris Martin has worked closely with the singer ever since, even going so far as to help him with lyrics for his debut album, My Sky, which celebrates the things that have given Emmanuel the strength to endure his incredible journey. He humbly includes God. “If you believe in God,” Emmanuel shared, “there’s the universe. You’re never alone.”

From Iraq and the horrors of war, to Australia and the United States and into the entertainment stratosphere, the sky (My Sky?) is the limit. “I get to perform for people and work on an album. Chris Martin’s my mentor,” Emmanuel exclaimed proudly. The singer’s debut album is due for release in 2019.

Emmanuel, working hard doing what he loves, summed up his current stance in three perfect words: “Life is great.”