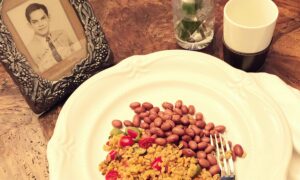 The Family Table: A Celebration of Home, Family, and 'A Love That Remains'
0
Share Now
TelegramFacebookTweetEmailTellMeWeReddit
Copy Link 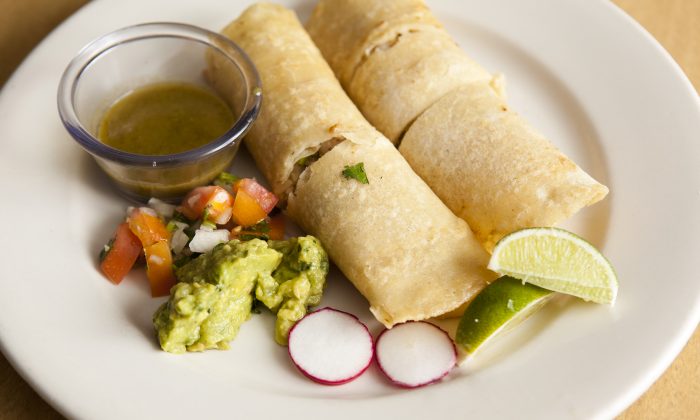 Those southern Californians… I used to hear from them all the time: “There is no good Mexican food in New York City.”

The thwarted expectations may come down to patterns of immigration. Mexico is home to different regions, climates, and cuisines, and it might simply be that southern Californians are expecting the cuisine that they are used to—Los Angeles for example is home to a significant number of immigrants from the western central states of Jalisco and Michoacán.

For New York City, one of the largest immigration patterns comes from the eastern central state of Puebla, so much so that New York City has a name there: Puebla York.

As somewhat of an analogy, imagine expecting lobster rolls and getting shrimp and grits instead. It’s not that the shrimp and grits were no good; but my food-lorn foodie friends might have been expecting something quite different.

One of the culinary specialties in Puebla is mole (pronounced more like “mo-lay”), which means simply “sauce.” Each region has its own sauces, of course, but Puebla is known for a number of them—even villages and individual families lay claim to their own moles, according to Maria Cortez, co-owner of El Maguey y La Tuna on the Lower East Side. The restaurant has been there for 10 years, and before that was in Williamsburg for almost another decade.

Moles are, in a way, the antithesis to tacos. Tacos are eponymous street food; they’re not supposed to be a meal unto themselves (at least in Mexico); they are quick and easy to make; and their popularity is ever on the rise, whether on the streets of Mexico City or New York City.

Moles are another story. In Mexico, they are far from an everyday affair, but rather saved for special occasions, such as weddings or baptismals. The reason? They take so long to make. Although simple ones can take a couple of hours up to a day, many demand two or three days.

At El Maguey y La Tuna, which is all about rustic and rural cooking from Puebla, Cortez’s mother is wholly dedicated to the art of mole, roasting, grinding, mixing, and simmering moles in the basement of their restaurant, without so much as electrical implements. Mortar, pestle, and mill are the tools she uses.

Why not succumb to the blender or even faster, buy ready-made mole paste?

“It doesn’t come out the same and it’s not the same love. We’re representing my grandmother’s legacy. By doing her mole, we’re remembering our grandmother,” said Cortez, whose recipes have been passed down from generation to generation.

“A lot of it you have to roast: garlic, the chile. You can’t do it fast. If you do it fast, the taste is going to be horrible,” she said.

The art of making moles from scratch is vanishing, Cortez said, and mole pastes are the go-to recourse: add broth, mix, and you’re done.

“In Mexico people are now buying them in the markets, they’re not being passed down from their grandmothers,” she said.

At her restaurant, Cortez serves about five or six different kinds of moles. The mole poblano is fragrant and deep, with the kind of harmonious mellow sweetness you could only get after hours of simmering. The mole contains chocolate, plantains, and nuts.

Another one is from Cortez’s grandmother, a five-chile mole. She won’t reveal all the chilies used, but it does contain guajillo, mulatto, and pasilla—which offer different degrees of spice, smokiness, and undertones from cherry, and coffee. The heat from this mole is fairly mild but the flavor is lovely.

Another is mole negro, from Oaxaca, which Cortez said is tartier. A red mole, green mole, and a smoky chipotle mole sauce round out the moles at El Maguey y La Tuna.

Mole dishes range from about $14.95–$16.95, but the sauces also go with a number of dishes. Chilaquiles, a popular breakfast or brunch dish that has also found its place at other meal times, are accompanied by a red or green mole. Enchiladas jalapenãs and huevos rancheros as well come with a green mole sauce.

And as a concession (I presume to some homesick southern Californians), Cortez did put fish tacos on the menu—but with a helping of green mole sauce. Cortez said with increased immigration from the state of Guerrero (home to Acapulco), New Yorkers would likely see an increase of seafood dishes.