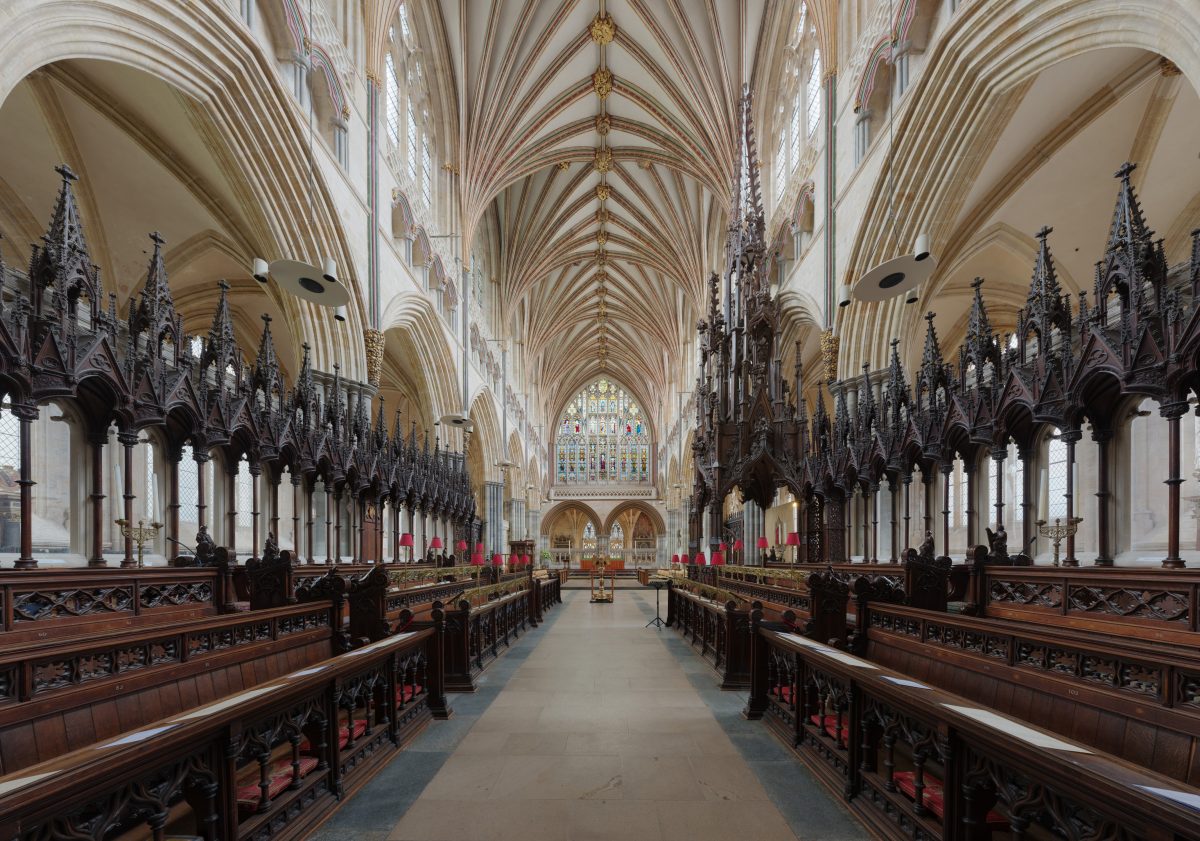 In many parts of England, cathedrals face a financial crisis: They are expensive to maintain, often need renovations, and are almost entirely self-funded—which means they are under constant pressure to raise more money and attract new visitors. If they don’t, they run the risk of spiraling into irrelevance and disrepair.

Worse, many cathedrals are experiencing stagnating or falling visitor numbers, caused by rising secularity as well as in part by the sense that cathedrals are a bit old-fashioned, and perhaps lack attractions that could appeal to young families. Yet in medieval times, cathedrals were fundraising powerhouses, drawing pilgrims (and donations) from near and far. Here’s how their centuries-old techniques can be applied today, to revive the fortunes of England’s cathedrals once more.

Saints and the City

Medieval cathedrals faced similar challenges to their modern counterparts: They also had to raise money from visitors in order to maintain and renovate their buildings. Their fundraising strategies centered around saintly relics: Bodies, body parts, or even items that had touched a holy person were central to many medieval devotions. Local communities created elaborate shrines, which attracted pilgrims, who donated money or gifts in kind to visit.

Many modern English cathedrals were founded by men and women who later became the patron saints of their communities. Patron saints were thought to protect the people of the city and its surroundings, and the presence of their bodies in the city often allowed it to reap financial and political benefits. For example, consider the rise of Canterbury as a tourist center after the murder and burial of St. Thomas Becket there in the 12th century.

Smaller cities also held saints’ relics. The body of St. Cuthbert, patron saint of modern-day Northumberland, lay at Durham Cathedral from the 12th century. Ely was home to the remains of its patron, St. Æthelthryth (also known as Etheldreda or Audrey), who founded the community in the 7th century. And Lincoln prided itself as the home of St. Hugh, the 12th-century bishop and friend of King John. Cathedrals in Winchester, Gloucester, and many other cities also served as burial places for illustrious royals, bishops, and saints.

Medieval English communities often used their relics in pageants and processions. Miracle plays, which re-enacted miracles performed by the saint, were performed on holy days within the cathedral grounds. Processions of the relics, including relic tours through nearby towns or around the city, were often performed immediately before or after a construction project, and raised funds for the cathedral.

Later in the Middle Ages, communities also performed mystery plays, where actors re-created scenes from the Bible. These plays were quite interactive, with audience participation, and could last for several days, bringing visitors from the surrounding regions into town and allowing for a wider community to participate in events within the cathedral.

There are already indications that a return to processions, pageants, and plays could help change the fortunes of modern cathedrals. York is well-known for its mystery plays. Chester renewed its mystery plays, and has recently seen a five-fold increase in visitor numbers. Norwich also adopted mystery plays in recent decades, and currently projects a budgetary surplus for the 2018–19 financial year.

Cathedrals are places of worship. But they can also be sites of historical interest, alongside medieval castles, Roman forts, and stately homes. Exploring the roles that cathedrals have played in developing English cities during medieval times has given Durham, Winchester, and Peterborough cathedrals a financial boost, as they have built new visitor centers and opened permanent medieval exhibitions in recent years, or are in the process of doing so today.

Reconnecting with their patron saints could also be financially beneficial for English cathedrals. These men and women often had an important part in establishing and building the city. And while the saints’ relics may no longer be in shrines—most of which were destroyed in the Reformation—many cathedrals still commemorate the saint, whether with a plaque on the floor, a statue, or a modern shrine.

These articles can be used to bring history to life, in the form of processions or pageants, just like in medieval times. Performing tours with statues of the saints, especially if they are connected to existing heritage festivals, can remind residents of the important part the cathedral has played in their city’s history.

Connecting cathedrals to the city’s historical figures or events can help them retain relevance in an increasingly secular society. This, in turn, encourages more people to visit the cathedral itself. There’s no reason why cathedrals can’t still be big attractions, if local communities embrace the pageantry and rituals that celebrate their city’s history.

Elizabeth Wiedenheft has a Ph.D. in Medieval History at the University of Nottingham in England. The article was originally published on The Conversation.