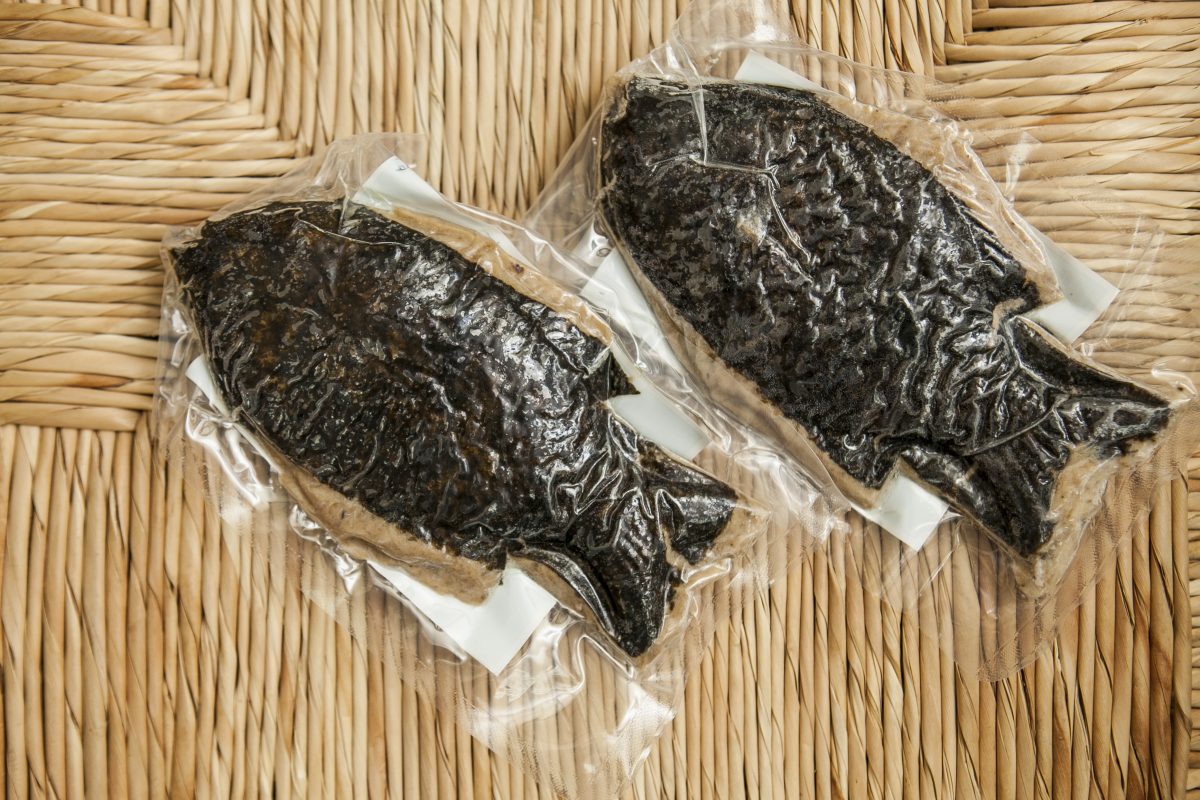 May Wah: Tasty Non-Meat Options That Even Fool Carnivores

NEW YORK—Kalan Jackson got hooked on the citrus spare ribs after he had them at a friend’s house. That was a year and an half ago and the Bronx resident still makes the trek to Hester Street to buy his favorite meat replacement, which he called “amazing stuff.”

He and his wife have served the ribs to friends and surprised them after the meal by revealing they had just eaten vegetarian.

“They always rave about it,” Jackson said. One friend even told him, “If vegetarian tastes that good, I could go vegetarian.”

The ribs are made mostly from non-GMO soy and wheat protein, smothered in a sweet, tangy sauce. They are made and sold exclusively by May Wah, a small-family owned company founded with the goal of giving vegetarians more choices.

The single store—the May Wah Vegetarian Market—carries about 200 vegetarian food products (not all of the May Wah brand), with a large variety of very meat-like products, like bacon jerky, beef chunks, lobster, shrimp, and chicken nuggets.

The company works hard to meet all sorts of dietary needs, with soy and gluten-free products made from mushroom stems or yam flour. There are low-sodium and vegan options, and a kosher line is in the works. They source their soy from Germany so they can be sure the beans are not genetically modified, president Lily Ng said.

May Wah was founded by Ng’s mother, a vegetarian who found the faux meat options available in the United States were not as sophisticated as those she was accustomed to in her native Taiwan.

She opened May Wah in 1995, only to find that most Americans did not know what to do with mock meat. The first three or four years were terrible, Ng recalled. “We had to give our stuff out for free,” she said.

But their work is paying off and May Wah now supplies faux meat goods to around 85 percent of the vegetarian restaurants in New York City, according to Ng’s estimate. They also supply many churches, temples, and schools, and increasingly, more supermarkets.

May Wah also ships its products all around the country and will ship overseas if customers really want, although Ng thinks it’s still too expensive for them. She recently had a customer in London insist on paying $150 shipping for a $200 order because she was really craving the meaty products.

For those interested in a culinary adventure, May Wah also sells highly unusual products like gizzards, instant noodles with chlorella, and vegan sea moss. And customers get very disappointed if the store runs out of squid strips, Ng said.

The presentation of the seafood products is also unusual‚with fish-, shrimp-, and lobster-shaped and colored like the real thing. Ng said these are often used as the centerpiece at banquets, or in the case of the fish especially, as a religious offering in place of real fish.

One customer even made a tofu-cken out of May Wah products—the vegetarian version of a turducken, which is a turkey stuffed with a duck that is itself stuffed with a chicken.

“Reviews were all positive,” the customer wrote on his blog. “The duck and stuffing were especially tasty. The flavor was similar to real meat, but lighter and a little saltier.”

Keen to sample a variety of products, I cooked up the citrus spare ribs, beef chunks, the imitation squid, and snacked on some bacon beef jerky.

Sautéed with bell peppers and onion, some miso, stir-fry sauce, and a little water, the ribs were a definite winner. They came out tender, sweet, and savory, with a hint of spice, and with just the right amount of chewiness to satisfy even my husband, whom I’ve never seen order a vegetarian meal.

The beef chunks, made with soy and mushroom stems, did not come with sauce on them, so I could taste the subtle, rich flavor of the mushrooms.

The squid, made with only yam flour and salt, had the exact texture of squid. Like regular squid, there was not much flavor, and I was recommended to add soy sauce and wasabi. I only had soy sauce on hand, which did not add enough flavor.

The bacon jerky, which came smothered in a sweet, salty sauce, was super-tasty. If you buy it, be prepared with utensils or napkins because the sauce is sticky.

Free Tasting
May Wah holds a free tasting every Saturday from noon to 3 p.m. A 19th anniversary event on May 3–4 will feature discounts and free tastings. Discount memberships are also available ($20/year or $30/2 years).