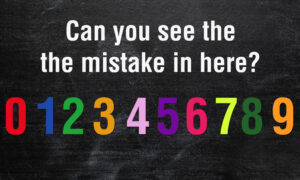 Can You Find the Mistake in This Challenging Mindbender?–‘6 Out of 7 People Fail’ This Test
0 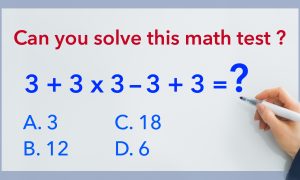 Are You Smart Enough to Solve This Math Problem? Most People Get It Wrong!
0 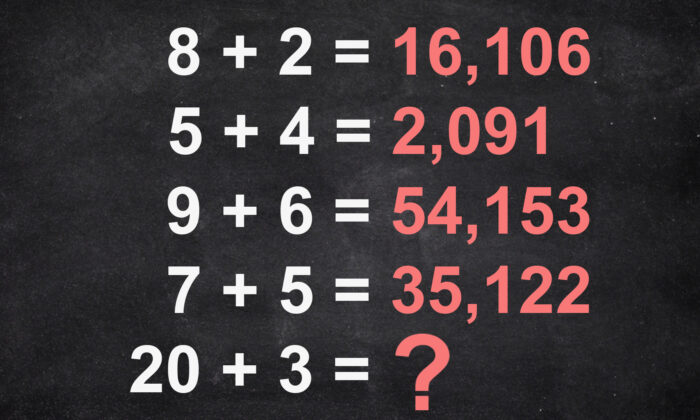 Math IQ Test Stumps Netizens: If You Can Solve This Math Puzzle You Might Just Be a Genius

A tricky math puzzle is circulating online, stumping netizens everywhere because of its apparent diversion from the traditional rules of mathematics. If you can solve this head scratcher, you might just be a genius.

The math puzzle has been shared hundreds of thousands of times on various social media platforms; many netizens have debated the merits and methodology of the test, and many remain stumped by the best way to solve it. Either way, it’s got people talking.

Take a look at the following set of equations. They don’t seem to add up, do they? If not, then the last equation probably also won’t add up. The trick, therefore, is finding out the hidden pattern in order to solve the final question. Do you think your IQ is up to the task?

Take a look, and give it your best try:

Before we divulge the answer, give yourself the opportunity to feel like a genius today. Take a few moments and see if you can work out the pattern and the final answer for yourself.

Do you need a hint? Well, the one thing we can tell you is that the answer isn’t 23. When you think you know the answer, or if you’re completely stumped, scroll down to see the solution, along with an explanation.

Did you figure it out? If so, give yourself a pat on the back! If not, then let’s explore how we arrived at such an astronomical figure.

Obviously, these answers are not going by the conventional rules for math! But is there a pattern, and if so, how might we decipher it? Well, let’s start by looking at the numbers in each equation and see if anything interesting jumps out at us. Take a look at the first line, for example:

The second interesting thing was that the second two digits, 10, equals 8 + 2. Have you noticed a pattern yet?

The third interesting thing noted was that the final digit, 6, equals 8 – 2.

So, we have a pattern, but is it correct? Well, let’s test it out on the second equation and see if it works. Take a look:

So, it looks like we’re onto something, but let’s test it on at the third equation and see if this pattern works:

But just to make sure, let’s try the fourth equation before we answer the final question:

Bravo! Based on these confirmations, we may conclude that there is indeed a pattern here, and we can say with certainty that our final answer works in this set of equations. The final answer is 602,317

While it may take a sharp mind to solve this math puzzle on the first try, according to Psych Central, human beings have an innate tendency to seek out patterns. It is this tendency that can lend itself to solving riddles, puzzles, and math problems, and it is this tendency that allows a person to find order in the chaos of the world around them.

In the book “How We Believe” by Michael Shermer, he argues that the human brain creates meaning from the patterns we see, or think we see, in nature. Pattern recognition helps us to make predictions, solve problems, and ultimately thrive; it is, Shermer says, “imperative to learning.”

So, if you got the correct answer to this question, congratulations; your mind’s natural abilities seem to be in check. And if not, don’t worry; problems such as these are good mental exercise to help you develop your natural pattern-recognizing skills.