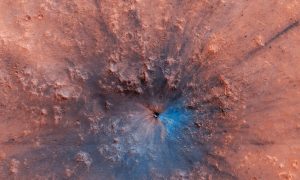 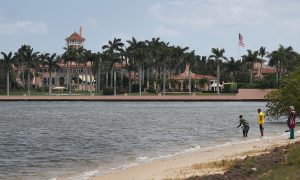 Former Canadian PM on Hurricane Dorian: 'I’m Rooting for a Direct Hit on Mar a Lago!'
0 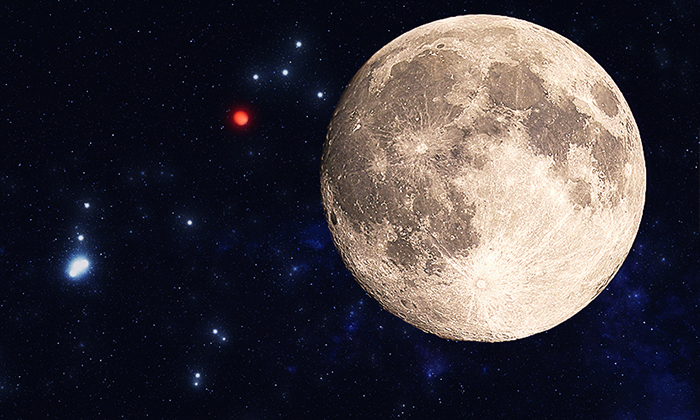 Mars and the Moon are starring in their very own cosmic double act, and the show begins on May 14, 2020.

Mars and the Moon, in the last quarter phase of the lunar 27-day orbit, will make their acquaintance in the night sky an hour or two before sunrise on May 14. According to Space.com, their closest pass is set to occur around 10:00 p.m. Eastern Standard Time.

The red planet and Earth’s natural satellite will appear to be suspended side by side until May 15, and no special equipment is needed to see them. This spectacle will be visible to the naked eye in the southeastern sky, especially in rural areas with significantly reduced artificial light.

Beside Mars and the Moon appearing near each other, dedicated stargazers should also be treated to the sight of Saturn and Jupiter shining brightly. Jupiter, reports EarthSky, is the fourth brightest object in the night sky behind the sun, Moon, and planet Venus.

“These ‘wandering stars’ are always moving fast,” writes astronomy enthusiast Jamie Carter for Forbes, “and as they orbit the Sun their apparent positions among the stars change dramatically as seen from our own orbiting planet.”

According to Carter, the Moon in its last quarter phase on May 14 will be just 43 percent illuminated, accentuating the visibility of the red planet. Excluding the sun, Mars is ranked as the eighth brightest object in the night sky as seen from Earth, but the red planet is expected to surpass Jupiter’s brightness later this year.

On Oct. 13, 2020, the sun, Earth, and Mars will line up in a celestial orientation known as “Mars opposition.” During this opposition, Mars will appear 16 times brighter than during its appearance alongside the Moon on May 14, because from our vantage point on Earth, the sun is shining directly at the red planet.

As the Moon travels eastward across the sky and reaches its closest visual proximity to Mars on May 14, it will take its place in the constellation Aquarius—the “water bearer”—reports Space.com. While Aquarius is the 10th largest constellation in the sky, it is often hard to make out without specialized equipment as it does not contain particularly bright stars.

May 2020’s full moon was also a supermoon. “The moon’s orbit around the Earth is not entirely circular, instead [it’s] a slightly flattened circle or ellipse,” explained Greg Brown, an astronomer at London’s Royal Observatory, as quoted by the Daily Mail.

“As such, it is sometimes closer to and sometimes further away from the Earth,” Brown continued. “While definitions vary, a supermoon typically occurs when a full moon coincides with the moon being within the closest 10 percent of its orbit.”

May’s was the third and final supermoon of 2020.

As air pollution in some locations clears during global lockdown measures, the bounty of the night sky is made more available to stargazers. Many cosmic spectacles, including the visual alignment of Mars and the Moon on May 14, are visible to the naked eye.

Avid stargazers in the United States, be sure to rise before dawn on May 14 to catch the Moon entering its last quarter phase and nearly rubbing shoulders with the red planet in a rare double feature.