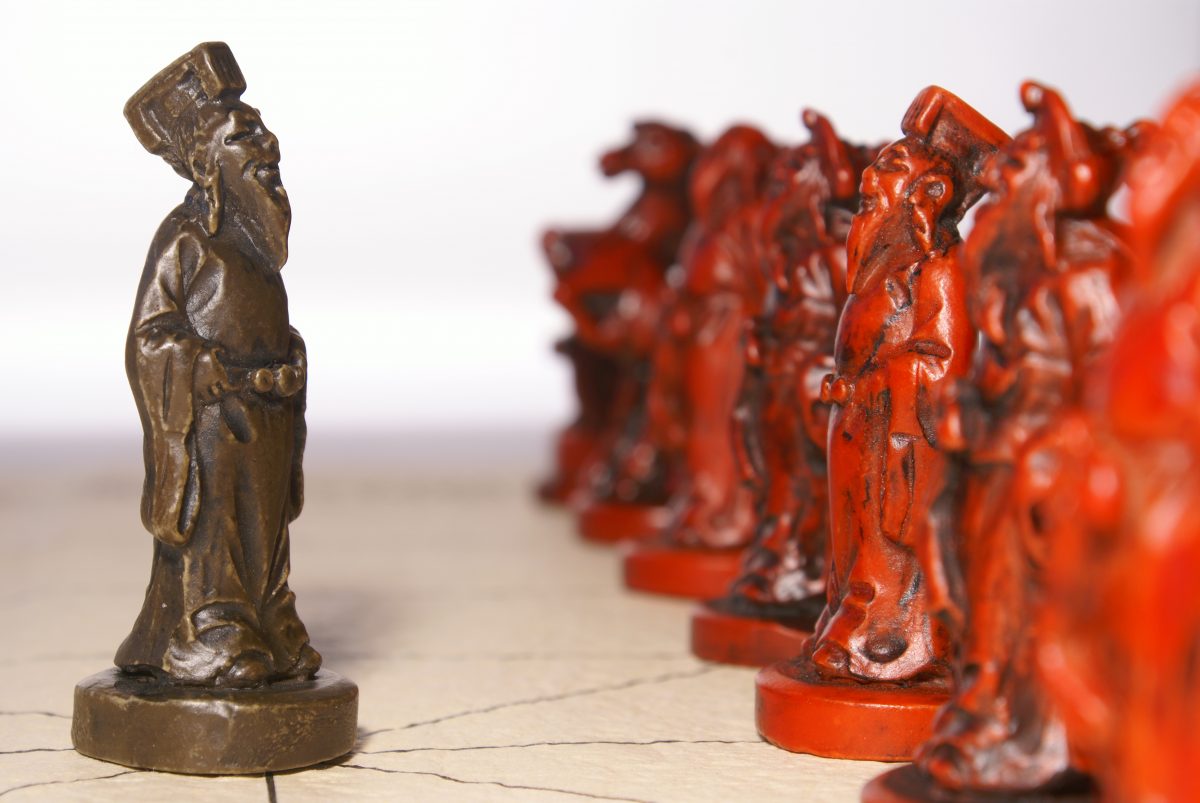 Aren't you on the same team, or what? (Graham Norris/iStock/Thinkstock)
Arts & Culture

In today’s business world, this idea is more relevant than ever. If you’re reading this, the odds are you’re either a boss, work for one, or have in the past. Successful leaders in various sectors have recognized that creative and knowledge-based work requires an open, transparent, and socially conscious way of working. Some workplaces continue to lag, however, clinging to a command-and-control mindset of the industrial age. In these organizations, the balance between an employer’s need for control and the employee’s need for autonomy remains fraught with tension.

Leaders of ancient China offer some insight into this relationship. By relating episodes from the careers of Duke Huan and Guan Zhong, who together ruled the eastern Chinese state of Qi over 2,000 years ago, we illustrate some leadership principles surrounding trust and autonomy.

Hire for Character and Cultural Fit

Would you hire someone who once upon a time tried to kill you? What about someone with a résumé full of failed projects? The duke of Qi did just that when he hired Guan Zhong, who was guilty on both counts.

Guan Zhong had served one of the duke’s rivals, and under that old boss, he tried to kill Duke Huan. Not only that, but none of his past ventures had borne fruit. As a soldier he had once deserted, and his record as a businessman was mediocre.

However, through one of his senior ministers, who was a close friend of Guan Zhong, the duke learned to evaluate him on a different metric.

For the minister, who had worked with Guan ever since they were young men, his failed mission to kill the duke was not a sign of incompetence. Nor did Guan’s failure to stand by his former liege to the end mean that he was untrustworthy. Based on their shared experiences, the minister believed that this action reflected Guan’s main priority— serving the people to the best of his ability, regardless of who was in power. He was willing to lose the battle if it meant winning the proverbial war.

“Should you wish to rule a single state, I will be good enough,” the minister said, “but if you seek to bring order to all China, use none other than Guan Zhong.”

For two days straight, the duke interviewed Guan. Duke Huan saw that for all his apparent shortcomings, Guan Zhong embodied the generous and broad-minded principles he wanted for his government.

The hire was made, and the rise of Qi State began.

When Trust Is Multiplied, Prosperity Follows

Once he was hired by the state of Qi, Guan Zhong ruled with Daoist naturalistic principles, while teaching what would later be known as Confucian ethics to the people, improving the moral character of the whole nation. For instance, he promoted the four pillars of propriety, justice, integrity, and honor, which appealed to the positive aspects of human nature.

Just as Duke Huan entrusted him with governance over the state, Guan Zhong trusted the people to be industrious and did not bombard them with superfluous taxation or administration.

Within a few decades, under Guan Zhong’s management, Qi became the wealthiest of the Chinese states. Its army, which was deployed only for defense and protecting allies against aggressors, was always well-trained and well-equipped, and achieved victory every time it did battle. Furthermore, scholars and teachers from all over China came to Qi State to study and preach their schools of thought.

Within a few decades, under Guan Zhong’s management, Qi became the wealthiest of the Chinese states.

Duke Huan of Qi became known throughout the Chinese states as a hegemon—leading an extensive alliance between the feudal rulers, he brought order not only to his own land but kept the peace with neighboring states as well.

Guan Zhong was keenly aware of the Daoist understanding that the best government is the one that the people feel the least. The principles he used to govern Qi spread throughout China and later influenced the teachings of Confucius.

Years passed, and Guan Zhong grew old. Seeing the wise minister on his deathbed, Duke Huan struggled to find replacements. He proposed three men, but Guan disapproved of them all. These officials, he observed, while outwardly loyal, had each committed dishonorable acts against their own families that reflected their poor inner character and weak comprehension of basic moral principles.

As Guan and later Confucius taught, the family formed the basic unit of human social relations. A person who mistreated his family could not be trusted with power over society.

Guan Zhong passed away, but Duke Huan did not take his minister’s suspicions seriously. Instead of seeing their behavior as proof of these three men’s self-serving dedication to their own advancement, the duke took them as signs of loyalty.

He hired the three men as his ministers, and sure enough, the new subordinates immediately plotted rebellion.

The three ministers locked the duke up in his palace while pretending to relay his official decrees. Duke Huan, once the most powerful man in China, starved to death in captivity and the state of Qi fell into decline.