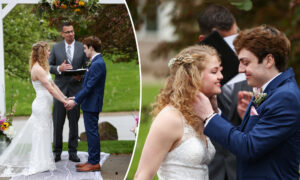 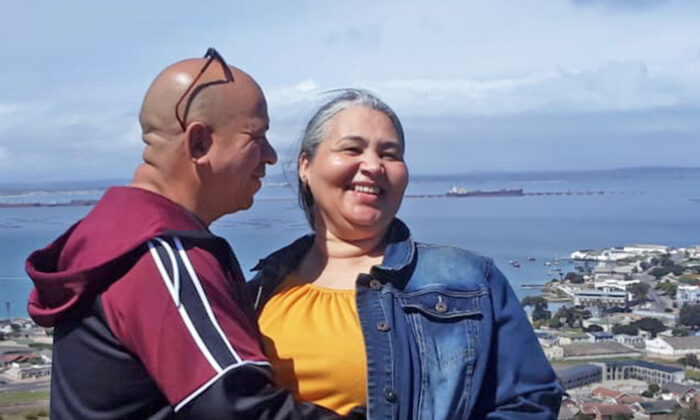 Man Proposes to High School Sweetheart at a Busy Store After 35 Years: Video

In a surprise of a lifetime, a Cape Town grocery store manager got engaged to her high school sweetheart when he showed up and proposed to her at work. The couple first dated over three decades ago but were separated by circumstance.

Carrying a beautiful bouquet of flowers and a gold diamond ring, Stephen Claassen summoned his bride-to-be, Noleen Gysman, to the candy aisle and got down on one knee at Clicks in Vangate Mall on Oct. 8.

A video of the romantic moment in the busy store has gone viral on social media.

Stephen, a boilermaker at Atlantis Foundries, and Noleen, a store manager at Clicks for 30 years, were soon surrounded by supportive colleagues at the store bearing smiles, confetti, and champagne for the newly engaged couple. The look on Noleen’s face exemplified the couple’s shared joy.

Stephen and Noleen have been dating since June, but their shared history goes back 35 years, the IOL reported. They met at high school in the town of Oudtshoorn and dated for two years before Stephen’s family moved to Atlantis, tearing the young sweethearts apart.

“I stayed behind and we never saw each other again,” Noleen told IOL.

Stephen went on to marry and have children. Sadly, he was widowed in 2015. Noleen also married and had children, but later divorced.

A mutual friend put Stephen in touch with his long-lost love in February and the pair reconnected via social media, according to IOL. In May, Stephen showed up at Clicks and the rest, says Noleen, “is history.”

Stephen took an old-fashioned approach. He met Noleen’s kids to get their permission to be in a relationship with her.

Noleen told the outlet that Stephen had “made up his mind” that they were not parting ways again.

Carlyn Matthews, a cashier at Clicks, posted cellphone footage of the couple’s ecstatic proposal on Facebook. Hundreds of social media users flooded the comments section with messages of congratulation.

“She will never forget this,” one person praised. “Love is a beautiful thing,” wrote another.

The lovebirds, reunited, plan to tie the knot in 2021.

According to Stephen, proposing at Clicks was Noleen’s sister’s idea; he had initially planned for a private moment.

“I’m shocked to see how people are responding to something I thought is a humble expression of my love,” he told IOL.