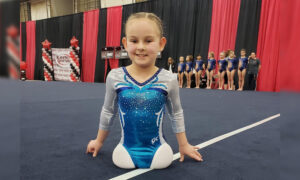 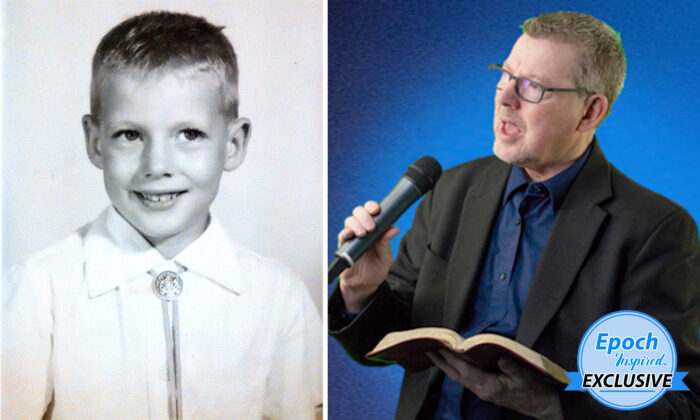 Repressed by an undiagnosed learning difficulty, poor health, and trauma as a child, Dr. Stephen R. Phinney felt he had been born rejected by life itself. Yet decades later, he is a prolific writer followed by millions, and his message is one of perseverance.

Phinney was born in San Antonio, Texas, in 1955, spending the first five years of his life in an oxygen tent—which he refers to as a “bubble”—as he was allergic to many different things including various forms of food, human touch, and textures.

“As it turned out, I was allergic to the environment, including the air most people were accustomed to breathing,” Phinney told The Epoch Times via email. “I was labeled ‘The Bubble Boy.'”

“My first memories were seeing condensation on the inside of my ‘bubble’ and, as told by my mother, holding me through latex gloves attached to the walls of this tent,” Phinney described in his autobiography, “Why the Boy Cried, Wolf.”

Subjected to seemingly endless poking and prodding by doctors, Phinney’s early years were fraught with immense suffering. He lost his best friend to a fatal car accident, for which he felt responsible, and his father, a veteran working for the U.S. Air Force, started experiencing alcohol-induced post-traumatic war episodes, which traumatized him more.

Yet after a near-death experience, caused by exposing himself to allergens, Phinney, then-11, told his mother he would “rather have a short life out there than have a longer life in [the bubble].” An allergist would later tell him it was possibly the best decision he ever made.

Phinney, who has a sister and twin brothers, had also missed a lot of school owing to illness and constantly moving between military bases, yet when he did manage to attend, he was bullied mercilessly.

“I was stuffed and locked in lockers, beat up more times than I can remember, and teased relentlessly,” Phinney wrote in his autobiography.

“One experience stands out above the rest—one afternoon, I looked out the study hall window and watched the football team attempt to put my car on its roof. I went and got the principal, and to that, he said boys will be boys.”

Neither did Phinney’s teachers sympathize with his struggles, never picking up on the fact that their pupil had dyslexia or “word blindness.”

“By the time I reached high school, I was labeled ‘borderline mentally retarded,'” Phinney told The Epoch Times.

However, his junior year literature teacher, baffled, conducted a speed-reading test, first testing at a speed most elementary children could read at. Phinney’s retention was next to zero.

“She speeds the machine to the level of speed readers, and my comprehension range increased to 80 percent,” Phinney said. “Even though she didn’t pinpoint dyslexia, she found a profound truth: my brain processes data faster than the given norm.”

Phinney didn’t learn to read comprehensively until meeting his wife. He battled years of residual trauma, substance abuse, and unemployment before finally landing a job at a disabled care facility in Sheldon, Iowa, where the couple met.

“A few years later, I was asked to tell my story to a subcommittee working on an illiteracy bill for their state,” Phinney told The Epoch Times. “After the event, a local neurological surgeon approached me. He asked, ‘Has anyone explained the neurological reasoning behind your challenge?'”

Gifted children, said the neurosurgeon, may appear mentally challenged due to their ability to process information more quickly than the speed espoused by traditional teaching methods. “He went on to encourage me to learn as fast as my brain so desires. I took that advice,” said Phinney.

Bolstered by his devout Christian faith—having become a believer as a teen after witnessing an apparition of Jesus during one school recess—he earned his master’s degree.

“Today, my writings reach multitudes,” he reflected. “I have written many books, and I am a compassionate activist in addressing children and adults with learning difficulties. While I still have to use grammar software and editors, I am compelled to get what is in my head onto paper.”

Phinney’s email publications reach over 2.1 million inboxes each year. Out of his 22 high school classmates, many of whom rejected him as a teen, 16 are themselves, subscribers.

He also has a simple motto: “Learning disabilities are the doorway to brilliance,” and his personal story of overcoming adversity is a fitting testimony.